Democrats and the media will face a “reckoning” if special counsel Robert Mueller finds no evidence of collusion involving the Trump campaign, ABC News’s Terry Moran argued in a panel discussion Sunday.

“How big a deal is it if they don’t find collusion for the president?” ABC “This Week” host Martha Raddatz asked Moran.

“The central and most serious question in this investigation, the reason Robert Mueller started it: Did the current president of the United States assist the Kremlin in an attack on our democracy? And if Mueller, after two years, comes back and says, ‘I don’t have the evidence to support that charge,’ that’s a reckoning,” he said. “That’s a reckoning for progressives and Democrats who hoped that Mueller would essentially erase the 2016 election. It’s a reckoning for the media. It’s a reckoning across the country if in fact after all this time there was no collusion.”

Mueller is expected in the near future to send a confidential report on the Russia probe to Attorney General William Barr. A former FBI director, Mueller was appointed special counsel on May 17, 2017.

Paul Manafort, the former Trump campaign chairman, was found guilty of financial crimes related to work he did for Ukraine years before he joined the Trump campaign.

President Donald Trump has insisted since the beginning of the investigation that there is “no collusion.” Trump’s former lawyer Michael Cohen recently undercut one of the main sources of the collusion conspiracy theory: the Steele dossier.

Cohen testified under oath to the House Oversight and Reform Committee on Feb. 27 that he did not visit Prague during the 2016 campaign, as former British spy Christopher Steele alleged in his dossier. Steele claimed that Cohen visited the Czech Republic capital in order to meet with Kremlin insiders to discuss making secret payments to hackers.

Senate Intelligence Committee Chairman Richard Burr also dealt Democrats a setback on the collusion front when he said in an interview published on Feb. 7 that his panel has not found evidence of collusion.

“If we write a report based upon the facts that we have, then we don’t have anything that would suggest there was collusion by the Trump campaign and Russia,” Burr told CBS.

Cohen pleaded guilty on Aug. 21, 2018 to making an illegal campaign contribution in the form of a $130,000 payment to Daniels. The former Trump fixer claims that Trump instructed him to make the payment. During his congressional testimony, Cohen produced checks signed by Trump and Trump Organization executives that he said were reimbursement for the Daniels payment.

AOC: Americans should be ‘excited’ about ‘being automated out of work’
Next Post
Pittsburgh groups denounce mayor’s trip to Israel after synagogue massacre 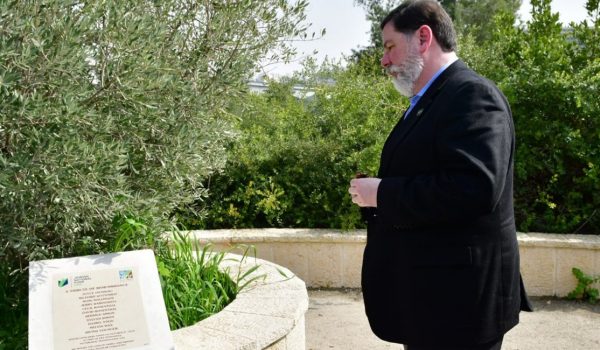