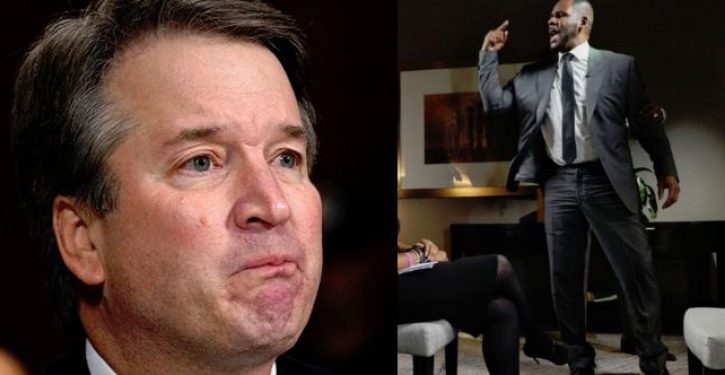 I’m guessing that Spencer Kornhaber, a writer who covers pop culture and music for “The Atlantic,” never took the Miller Analogies exam required by many graduate programs, but if he did, it’s a safe bet his score was in the toilet.

Kornhaber’s latest oeuvre, which was published on Wednesday, is about singer R. Kelly’s loss of self-control during an interview last week with “CBS This Morning” anchor Gayle King. Here’s the lede:

Accused of dominating and manipulating dozens of women, R. Kelly defended himself on CBS This Morning by interrupting, talking over, and talking past Gayle King. When the reporter asked the singer whether he imprisoned women, he exploded, “I don’t need to — why would I?” His hands shot to his temples as his voice climbed. “How stupid would I be to do that? That’s stupid, guys!”

Kornhaber writes that King tried to calm Kelly down “by repeating, mantralike, Kelly’s first name, Robert,” but that “it didn’t work.” You can see that for yourself in this video capture of the profanity-laced tirade that followed in which the performer stood and paced around the set, wildly gesticulating:

“Stop it. You all quit playing! Quit playing! I didn’t do this stuff! This is not me! I’m fighting for my f***ing life! Y’all killing me with this sh*t!” @RKelly told @GayleKing, standing up. “I gave you 30 years of my f***ing career!”https://t.co/u4AENVJQsc pic.twitter.com/jLF7l8etYh

There was no need to seek out a precedent for this meltdown, but Kornhaber evidently thought his readers would benefit from one. So what did he choose to analogize it to? Here’s Kornhaber:

The closest comparison here might be to the #MeToo target now on the Supreme Court. The substance of what the two men have been accused of differs vastly, but their responses — and the cultural scripts they draw upon — rhyme. Brett Kavanaugh shouted about Christine Blasey Ford’s allegations as being unfair given the life he’s lived, while Kelly argued that his previous acquittal meant the present allegations were also “unfair.” Boys-will-be-boys logic — whether about drunken tomfoolery or sexual conquest — play in both’s defense. Most strikingly, the force and fury of the tactics used by both men make the same dare. For those inclined to believe the accused, passion in the face of prosecution could read as innocence. For those who aren’t, it might look like a predator’s brutality coming out.

The substance of what the two men have been accused of differs vastly? There’s the understatement of the decade. In February, Kelly was charged with ten counts of aggravated criminal sexual abuse involving four women, three of whom were allegedly underage at the time. Some of the well corroborated accusations against him date back two decades. Yesterday he was arrested placed in jail for missing a judge’s deadline to pay more than $160,000 in child support. Brett Kavanaugh, meanwhile, was accused with zero corroboration of attempting to assault a girl when both were in high school at a party the specifics of which couldn’t recall. His appeal to the Senate Judiciary Committee after two weeks of living hell inflicted on him and his family by the Democratic members was emotionally charged but nothing more than that.

What has Kornhaber been smoking?

NYC school suspensions down dramatically, classroom chaos up
Next Post
Cartoon of the Day: The Dems have a new hang-up 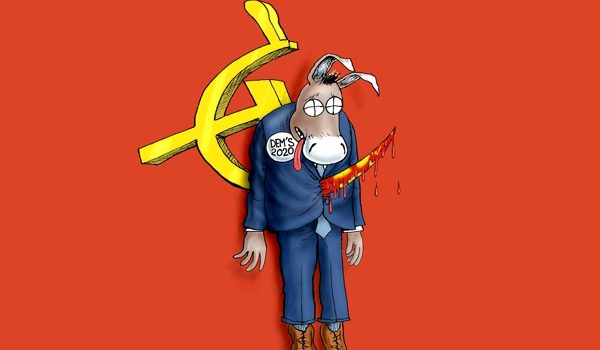