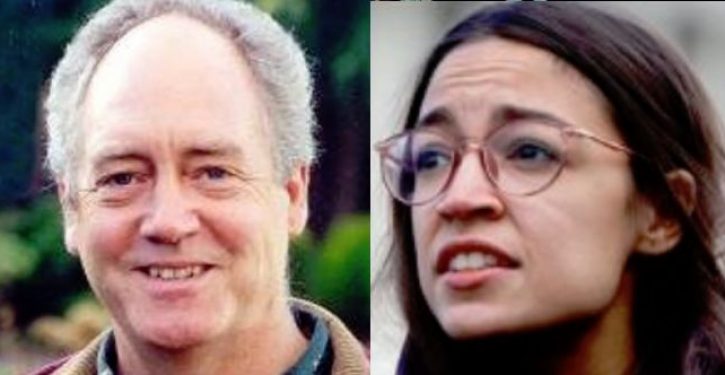 For someone new to Washington, Rep. Alexandria Ocasio-Cortez has displayed a remarkable capacity for making enemies faster than she does friends. In the two short months since her “inauguration,” AOC has run afoul of senior members of Congress from her own party and most recently power broker Jeff Bezos.

Now she has turned her attention to left-leaning activist outlets. Patrick Moore, a co-founder of Greenpeace who, according to his Twitter bio, “dropped out in ’86 to be The Sensible Environmentalist,” using “science & logic, not sensation & fear,” shredded Ocasio-Cortez in a tweet, calling her a “pompous little twit” whose ridiculous ideas “would bring about mass death” on the planet.

Pompous little twit. You don’t have a plan to grow food for 8 billion people without fossil fuels, or get the food into the cities. Horses? If fossil fuels were banned every tree in the world would be cut down for fuel for cooking and heating. You would bring about mass death.

Moore wasn’t finished with the fascist “boss,” however.

You are delusional if you think fossil fuels will end any time soon, maybe in 500 yrs. AOC’s attitude is unjustifiably condescending. She is a neophyte pretending to be wise. Her kind bring ruination if allowed to be “in charge”. (from the cheap seats).

He also explained how her idea of getting rid of all greenhouse gases would actually kill all life on the planet — using science, something that Democrats have apparently jettisoned.

“Technically (scientifically) this would mean removing all H2O vapour and all CO2 which would mean the eradication of all life on Earth,” he wrote.

'@AOC 's Green New Deal calls for:
"(J) removing greenhouse gases from the atmosphere."https://t.co/t9HuWwC1rI
Technically (scientifically) this would mean removing all H2O vapour and all CO2 which would mean the eradication of all life on Earth.
Brilliant. ???????? pic.twitter.com/i91rvW0HXI

The problem with @AOC is she doesn't know whether or not she knows what she is talking about. Makes it harder to think straight.

He also noted a bit of hypocrisy on her part:

Whoops, @AOC is a gas-guzzler. If only she realized that the CO2 she is emitting was helping plants grow healthier and increasing crop yields on farms around NYC. Then she could be sane. https://t.co/wEvJ8Tagrd

If, however, can be a mighty big word. For example, if worms carried shotguns, birds probably wouldn’t try to eat them.

Exit question: How long before AOC sics her Twitter horde on Moore? 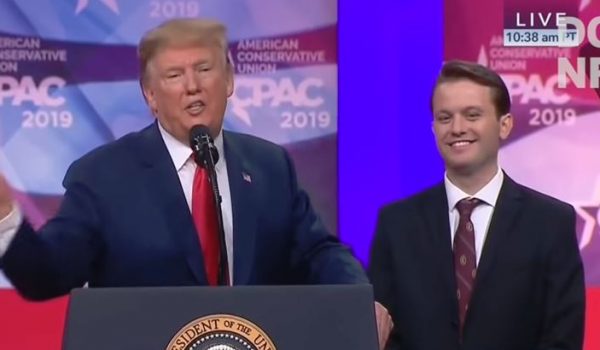 ‘He took a hard punch in the face for all of us’: Trump on conservative attacked at Berkeley
Next Post
Minimum wage hike to $15 wipes out jobs