Economic freedom has declined under the Obama Administration, and America’s rank has repeatedly fallen on the Index of Economic Freedom (it fell yet again in 2013) compiled by the Wall Street Journal and the Heritage Foundation. Similarly, in their Economic Freedom of the World rankings, the Fraser Institute and Cato Institute note:

The United States, long considered the standard bearer for economic freedom among large industrial nations, has experienced a substantial decline in economic freedom during the past decade. From 1980 to 2000, the United States was generally rated the third freest economy in the world, ranking behind only Hong Kong and Singapore.

But by 2010, America had fallen to 19th place, and its economic climate continues to deteriorate.

Shrinking economic freedom is bad for your health. Formerly communist countries like Russia (which still has a heavily state-dominated economy) tend to have shorter life expectancies than more pro-free-market countries, even when those countries have fewer natural resources to pay for health care. The average man in Russia lives around 60 years (59.2 years, according to the 2009 World Almanac), compared to over 70 years in Turkey and Thailand, even though Russia is richer due to factors like oil and mineral wealth (its per capita income was nearly twice as high as Thailand). Thai and Turkish life expectancy was also higher than in other formerly communist countries like Romania and Bulgaria, which had incomes similar to Turkey and higher than Thailand.

These disparities exist even among countries with very similar cultures, as is shown by the recent history of two neighboring countries, capitalist Colombia and socialist Venezuela. In 1999, just before Marxist Hugo Chavez took power in Venezuela, life expectancy was 3 years longer in Venezuela than in Colombia. But after 13 years of socialist rule, life expectancy in Venezuela is now a year shorter than in Colombia. (These figures are from the World Almanacs for 1999 and 2013.) Improvements in life expectancy have stalled in Socialist Venezuela even though Venezuela, unlike Colombia, has vast oil wealth, and has benefited from rapidly-rising oil prices during Chavez’s rule, enabling Venezuela to dramatically increase government health care spending. Under the Chavez regime, Venezuela’s capital, Caracas, has become one of the world’s most violent cities.

Some on the left cite Cuba as an exception to this rule, but it really isn’t. Cuba led virtually all countries in Latin America in life expectancy in 1959, before a communist regime took power in Cuba. But today, countries like Panama, Chile, and Costa Rica that once had shorter life expectancies than Cuba now have slightly longer life expectancies (even if you trust official Cuban government statistics), even though countries like Panama were much poorer than Cuba before Cuba became Communist, and had a much shorter average lifespan. As the progressive economist Brad DeLong admits (he calls it “hideously depressing”):

Cuba in 1957–was a developed country. Cuba in 1957 had lower infant mortality than France, Belgium, West Germany, Israel, Japan, Austria, Italy, Spain, and Portugal. Cuba in 1957 had doctors and nurses: as many doctors and nurses per capita as the Netherlands, and more than Britain or Finland. Cuba in 1957 had as many vehicles per capita as Uruguay, Italy, or Portugal. Cuba in 1957 had 45 TVs per 1000 people–fifth highest in the world. Cuba today has fewer telephones per capita than it had TVs in 1957. You take a look at the standard Human Development Indicator variables–GDP per capita, infant mortality, education–and you try to throw together an HDI for Cuba in the late 1950s, and you come out in the range of Japan, Ireland, Italy, Spain, Israel. Today? Today the UN puts Cuba’s HDI in the range of Lithuania, Trinidad, and Mexico. (And Carmelo Mesa-Lago thinks the UN’s calculations are seriously flawed: that Cuba’s right HDI peers today are places like China, Tunisia, Iran, and South Africa.) Thus I don’t understand lefties who talk about the achievements of the Cuban Revolution: “…to have better health care, housing, education, and general social relations than virtually all other comparably developed countries.”

Under the Obama administration, America has declined not just on the Index of Economic Freedom, but also in other rankings, like the World Economic Forum’s global competitiveness rankings. America now ranks only 42nd in property rights protections, far lower than when Obama took office. (I cite the World Economic Forum for the sake of balance, since they are not conservatives or “small-government libertarians.“) 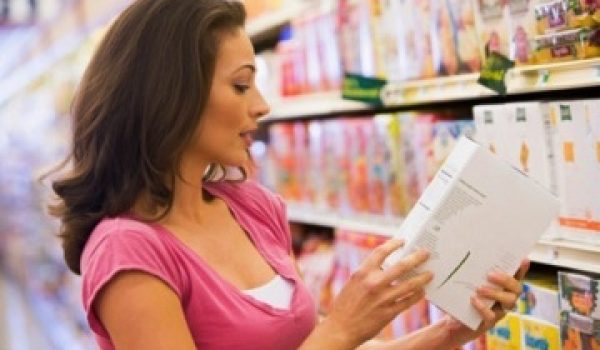 Grocers could face jail time for mislabeling food under Obamacare
Next Post
Egypt: Women protesters are 'Crusaders' who 'want to be raped'