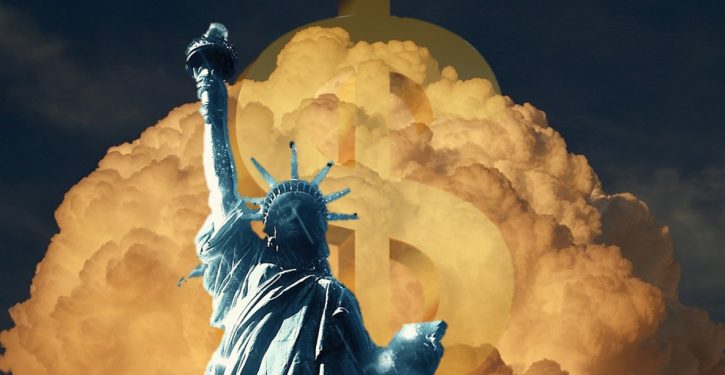 As Howard Portnoy noted on Tuesday, the basic outline of the Green New Deal was offered by New York Times columnist Thomas Friedman in 2007:

The term Green New Deal appeared in a column in The Times by Thomas Friedman in January 2007, in which he called for a vast public and private investment program that would throw everything under the sun (including, actually, the sun itself) — wind, solar, nuclear power, energy efficiency, advanced research, tax incentives and a price on carbon — into a massive effort to build a more climate-friendly energy system while also revitalizing the American economy.

Thus spoke the laureate in Mediterranean Studies.  Those six words at the end are cute – “while also revitalizing the American economy” – but the problem is that everyone understands they are merely a mitigating aspiration tagged on to keep the proposal from sounding completely deranged.  Revitalize the economy how, and with what?

Basics of a bad risk

(The absolute worst debt-to-GDP ratio we’ve had up to now came in the last year of World War II, when the debt – massively accumulated not since the U.S. entered the war but since the first years of the preceding decade – had climbed to 113% of GDP.  Under Truman, it dropped off fast, although, of course, it has never subsided to its pre-Depression level.  At the end of 2018, after a decade of climbing at an alarming rate, the percentage stood at 107% of GDP, with GDP at $20.5 trillion and total national debt at $21.97 trillion.)

By a separate “value of production” method, the Gross World Product in 2018 was expected to be $87.5 trillion.  The $90 trillion for the GND would be about 103% of that.  In other words, it would be more than the narrowest calculation of the value of everything produced on the planet last year.

That figure includes all the “millionaires and billionaires,” so as much as they might like to believe in magic, there is no other reservoir for Elizabeth Warren and Alexandria Ocasio-Cortez to pump to get at the wealthy’s wealth.  $100 trillion and change is it.  That’s what’s out there at the starting line.

The Federal Reserve keeps some useful running numbers on it.  In the 3rd quarter of 2018, the total value of corporate equities for nonfinancial corporate businesses was just under $31.2 trillion, by the Fed’s method.

In the 3rd quarter of 2018, the total value of corporate equities for financial corporate business was just shy of $10.5 trillion.

There are reasons why you can’t just add these numbers together for a meaningful total.  But even if you could, they aren’t promising in relation to $90 trillion for the Green New Deal.

Moreover, there’s no such thing as simply shifting the use of that production value, denominated with a magic wand as “available capital.”  The sheer friction from forcing the use of assets that millions of people were planning to do something else with would drain off the actual economic energy of the “production” catastrophically.  You might end up with some solar panels and wind turbines, but the cost in lost jobs, collapsed businesses, de-valued wealth, and ruined lives and communities – and probably whole economic sectors – would outweigh it to a mind-boggling degree.  We’re talking about a starting proposition of $9 trillion in forcibly diverted economic activity.

The most bankable guarantee: in Year 2 of this experiment, there wouldn’t even be $9 trillion in “GDP” to try to divert.  Another way of viewing that: it isn’t possible to count on the $90 trillion being 40% of a total 2020-2030 GDP that merely held steady, and amounted cumulatively to $225.5 trillion over that 11-year period.  Mandated GND-diversion spending would deliver a knock-out blow in Year 1.  Everything after that would be an economy whimpering, disabled, and unable to get back on its feet again.

The bottom line from a survey of these factors is the question: who in his right mind would buy U.S. debt – would even want U.S. currency – when we went to debt-finance this $90 trillion over a decade for the GND?

You can’t propose to have a nation debt-finance nearly the entire household wealth of its whole population – for a project involving no due-outs with definable economic value – and not have that nation’s bona fides put on suicide watch.

Remember, when our national debt reached 113% of GDP at the end of World War II, that’s not because we borrowed 113% of our GDP in 1945.  It’s because we had borrowed significantly smaller percentages of our 1945 GDP cumulatively, over time, since the day the national debt total stopped declining at all, sometime in 1930 or 1931.  That 113% in 1945 represented a one-year economy versus 15 years of accelerated borrowing – added to the net-growing total since 1790.

The point here is not about fiscal restraint; it’s about what idiot would lend money to us.  It wasn’t nearly as idiotic to buy our Treasury securities under the conditions of 1933-1945 as it would be to buy them from 2020 to 2030 under a Green New Deal.

If the GND were implemented, there would be no way to have a sound dollar or a U.S. government able to manage its finances responsibly.  The entire world would recognize implementation of the GND as America putting a gun to her monetary head and pulling the trigger.

How to blow up a global system

But it’s worse than that.  The U.S. dollar has been the touchstone of fiat money as a system since before the end of World War II, decades before Nixon formally took our currency off any link to gold.

If the U.S. dollar no longer fills that role, nothing else can or will fill the same role.  The global fungibility of fiat currency that we have enjoyed for decades comes from the relative good faith, transparency, and commitment to internationally-equitable management of the United States.  We needn’t pat ourselves on the back (we’ve done stupid stuff, after all) to acknowledge that there is only one nation with both the economic power and the reputation for good-faith monetary management to do what America has done since 1945.

I think most people (outside the Western Left’s ideological bubble) have seen enough in the last decade to recognize the truth of this.  Without the U.S. dollar, there is no such thing as global fungibility for fiat currency.

Neither China nor the EU can step up to this plate.  Neither manages money with anything like a multilateral view of advantage.  China is woefully non-transparent and ruthlessly unilateral, and in a world without the U.S. standard would become more so, not less.  The EU’s euro system is a financial oligarchy driven ultimately by politics, always triangulating against and for its own members as much as for those outside it.  The existence of the U.S. dollar is a mitigating factor; without it, these dynamics too would be worse.

Even managing a gold standard is not about the gold; it’s about the national power, and the type of nation (or collective) behind it.  Hold all the gold you want – but try to exchange it at the value a neutral assessment calls fair or justified, if a nation like China holds the hammer over the exchange.  China would just size you up and seize your gold (probably by extortion) if you looked small enough to steamroll.

There are plenty of Europeans now who can see that Brussels would do essentially the same thing.  That “haircut” taken by bank-account holders in Cyprus a few years ago was an eye-opener for many.

It’s not a record of perfection we stand to lose by blowing up the meaning and status of the U.S. dollar.  It’s the entire existing world monetary system.  Without the American dollar, valued and managed on at least its current basis, we would exchange a world of global trade, investment, and access for one of monetary fiefdoms, limits on commerce, criminalization and graft surrounding trade, and the armed, booted representatives of sovereign governments patrolling the globe to enforce tribute schemes and disadvantages for the currencies and economies of others.  (See Russia’s perennial approach to managing her global energy industry for a useful model.)

In 1750, that didn’t necessarily look like indentured servitude to everyone on the planet.  But today, it would.

It’s a serious question, however, whether it would matter much to the lives of people forcibly impoverished by schemes like the Green New Deal.

The multi-dimensional nihilism of the GND is astonishing, when it is inspected in its particulars.  America is actually experiencing a great blessing, to have it proposed in such a starkly honest form by a high-profile freshman congresswoman – and then endorsed by Democratic candidates for president.

Like the enthusiasm of Democrats for making infanticide legal (now seen with votes in New York and Vermont, as well as the endorsement of Virginia’s Democratic governor), and their refusal to vote in Congress to guarantee medical care for babies who survive abortion, the GND clarifies what the modern left really wants, rather than being deceptive about it.  The greatest danger lies not in the appalling vision, but in not having it to stun us, and being backed insensibly into an implementation of it through mendacious representations and assurances.

Because of the clarity we’ve been getting since at least 2009, more and more U.S. voters are taking note. 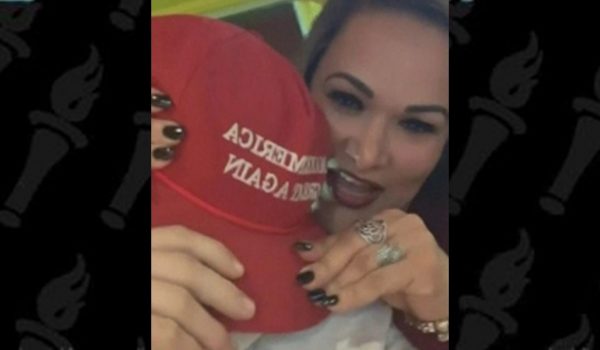