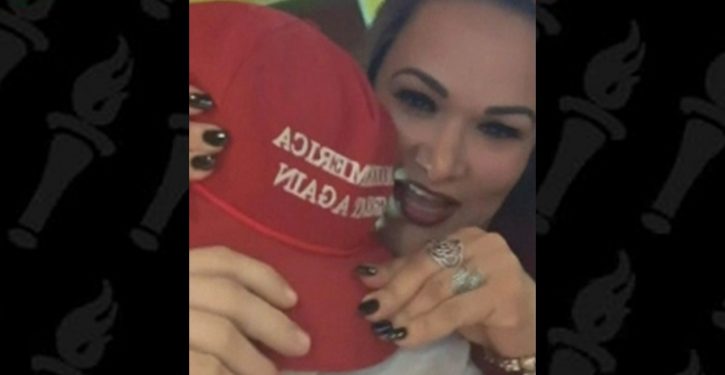 One thing that can’t be said of this incident is that it’s about a job Americans won’t do.  There seem to be quite a few Americans willing to attack their fellow citizens for wearing MAGA hats or otherwise showing support for President Trump.

But in one of the most recent cases of anti-MAGA attacks, it turns out the attacker isn’t an American. She’s a Brazilian here illegally.

Rosiane Santos is accused of attacking a man in a bar in Falmouth, Massachusetts, when the man wore his MAGA hat into a Mexican restaurant, Casa Vallarta, to eat with some friends.  This occurred on Friday, February 15.  Santos was detained by local police and charged with disorderly conduct and assault and battery.

Santos started yelling at [Bryton Turner] because of his hat, which bears the theme that President Donald Trump campaigned on.

In a video recorded by Turner after Santos started yelling at him, she is “seen walking behind him and hitting his hat off his head.”

When police showed up to the restaurant, the woman told them the man shouldn’t be allowed to eat in a Mexican restaurant. President Donald Trump is aiming to build a wall on the U.S.-Mexico border.

As Falmouth police officers were escorting Santos out of the restaurant, Macarao said she took another swipe at Turner.

“I couldn’t imagine somebody just coming up and hitting them when there’s cops right here,” Macarao said.

Macarao, the bartender, said Turner had just arrived with his two friends and had done nothing to provoke Ms. Santos.

When asked if Turner did anything to provoke Santos, bartender Geo Macarao said, “No, no he just walked in and ordered his food.”

Santos, however, seems to be well-schooled in victim-politics talking points.  She considers herself to be the real victim.  She also argues, as noted above, that Turner shouldn’t be allowed to eat in a Mexican restaurant, and says her reaction was a matter of being subjected to bullying.

“[B]eing discriminated for so many times in my life, I just had to stand up for myself,” she said. “He’s not a victim. I am the victim. I have been bullied, OK?”

Santos may make a slightly more believable bullying victim than the unidentified man who slammed his fist into the face of a conservative activist on the U.C.-Berkeley campus last week.  Her “victim” advantage margin is slim, however.  In the video recorded by Turner, she doesn’t exactly look cowed or intimidated.

That’s in spite of her illegal status in the United States, which she doesn’t dispute, apparently.  And why should she?  After being taken into ICE custody following her arrest and arraignment on the assault charge, she was released and ordered to appear later before an immigration judge for removal proceedings.

That may or may not result in actual removal (or an actual court appearance).  If it does, however, it could be at least partly due to the fact that the Barnstable County Sheriff, who administers the Cape Cod area where Falmouth is located, has maintained an active cooperation agreement with ICE.  Barnstable County is bucking the trend in many urban and suburban areas of the Northeast, refusing to declare itself a “sanctuary” jurisdiction.  Rosiane Santos may just end up having to present herself to the immigration judge, if she remains in the area.

Bryton Turner, meanwhile, didn’t want to make any assumptions about her:

“I don’t ever want to assume people are illegal because I don’t think that’s fair to a lot of good citizens,” Turner said Tuesday. “It’s good that they got her.”

Bonus point: Serious effort to commit $90 trillion to GND would blow up money as we know it
Next Post
FBI made ‘shocking’ discovery sifting through trove of artifacts from Indiana home 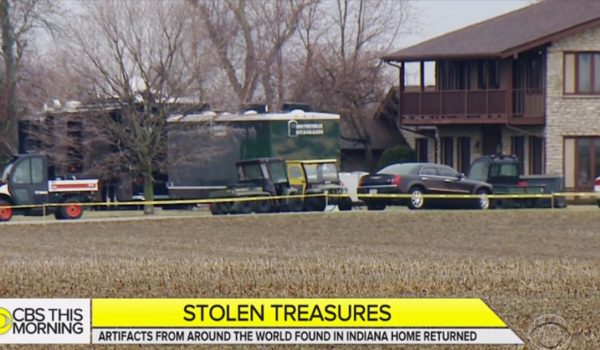