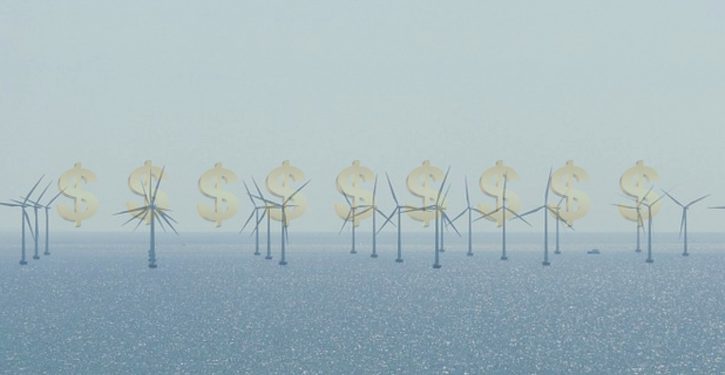 How much will the Green New Deal backed by leading Democratic candidates for President cost? Up to $90 trillion, says a Washington think-tank. As Reason Magazine notes, the estimated cost of the Green New Deal is at “least $50 trillion and possibly in excess of $90 trillion, according to a report released today by the American Action Forum (AAF). The AAF, a center-right think tank that focuses on economic issues, projected costs for six aspects of the Green New Deal,” such as its “reworking the electricity grid,” “revamping the nation’s transportation network,” and “affordable housing.”

AAF’s cost estimate does not appear to be an exaggeration: For example, Reason’s Ron Bailey came up with a higher cost estimate than AAF for redoing the electricity grid. Bailey’s own estimate of the cost for reworking the power grid is $1.6 trillion to $7.6 trillion higher than AAF’s. Thus, AAF’s estimate is “not an outlier.”

The Green New Deal would pay for a vast array of new construction projects, many of them pointless white elephants. As Joel Pollak notes, the Green New Deal proposes “‘upgrading all existing buildings in the United States.'” In many cases (such as where buildings are approaching the end of their lifespan), that would consume more energy than it would save.

Quoted in the New York Times, Thomas J. Pyle of the Institute for Energy Research said this construction activity would lead to lots of new greenhouse gas emissions and pollution: “How much steel is this going to involve? How much concrete? Think about the sheer amount of CO2 emitted into the atmosphere for retrofitting alone,” he said. “It’s almost as if they are suspending reality.”

Writing in Forbes, Michael Shellenberger says the Green New Deal would “increase emissions” of greenhouse gases by shutting down nuclear plants, as happened in Vermont when it shut its nuclear plants. Nuclear power plants emit no carbon dioxide while operating.

It will also increase greenhouse gas emissions by encouraging people to travel by rail instead of by air. That will reduce the ability of America’s rail system to transport freight in a low-carbon, low-pollution way.

The US rail system is optimized for freight, vs. European and Japanese systems that are optimized for passengers (it is hard to do both well with the same network).  The US situation is actually better, much better, for energy conservation.  I wrote in detail about this before:

“First, consider the last time you were on a passenger train.  Add up the weight of all the folks in your car.  Do you think they weighed more or less than the car itself?  Unless you were packed into a subway train with Japanese sumo wrestlers, the answer is that the weight of the car dwarfs that of the passengers it is carrying.    The average Amtrak passenger car apparently weighs about 65 tons (my guess is a high speed rail car weighs more).  The capacity of a coach is 70-80 passengers, which at an average adult weight of 140 pounds yields a maximum passenger weight per car of 5.6 tons.  This means that just 8% of the fuel in a passenger train is being used to move people — the rest goes into moving the train itself.

Now consider a freight train.  The typical car weight 25-30 tons empty and can carry between 70 and 120 tons of cargo.  This means that 70-80% of the fuel in a freight train is being used to move the cargo.”

A lot of America’s freight is carried by rail. But in Europe, where more passengers travel by rail, freight is carried overwhelmingly by truck. (My wife’s brother is a French truck driver). European countries like Germany have been less successful in reducing greenhouse gas emissions per capita than the U.S.  In 2015 and 2016, Germany had rising greenhouse gas emissions, unlike the U.S., even though Germany has lots of green energy programs.

The Green New Deal would also finance wasteful light-rail projects backed by construction unions that few commuters can or will use. As Steve Greenhut of the R Street Institute notes, building such under-used rail projects doesn’t help the environment. He observes:

It would also pay for high-speed rail systems like the one California is poised to cancel, after huge cost overruns pushed its cost over $100 billion. Such “high-speed” rail systems generally turn out to be white elephants. They tend not to work even in countries that are much more densely populated than the United States, where one might think they would actually work. Densely-populated South Korea is abolishing its celebrated high-speed rail line from its capital, Seoul, to a nearby major city. That’s because it can’t cover even the marginal costs of keeping the trains running. South Korea expected 400,000 people to use it everyday, but only about 3,000 ended up doing so. Most people who ride trains don’t need maximum possible speed, and most of those who do will still take the plane to reach distant destinations.

Most of the candidates for the Democratic Presidential nomination have endorsed the “Green New Deal.” It would greatly expand government welfare programs. It would shut down some vitally-needed power plants that do not pollute the air, and are needed for the stability of the electric grid. Yet, “Senators Cory Booker (D-N.J.), Kirsten Gillibrand (D-N.Y.), Kamala Harris (D-Calif.), and Elizabeth Warren (D-Mass.) are co-sponsors” of the Green New Deal as is Senator “Bernie Sanders.”

How would the Democrats pay for the Green New Deal? Democrats have proposed so much other new spending, that even large tax increases on middle and upper-income Americans could not pay for it all. For example, Democratic Presidential candidates like Senators Kamala Harris and Elizabeth Warren have proposed reparations for African-Americans. As the New York Times notes, “experts say” reparations “could cost several trillion dollars.”