Why do conservatives lose so many elections? Partly because they harbor pleasant fantasies about the electorate, fantasies that keep them from appealing to swing voters. These fantasies also encourage some conservatives to be lazy and complacent.

Blind to this reality, conservatives are now touting a Gallup poll that shows that self-identified conservatives outnumber self-identified liberals in 44 states. They claim this poll is a “catastrophe for Democrats.” It isn’t. In past years, Gallup showed an even bigger lead among self-described conservatives, even in years when Democrats crushed Republicans, such as in 2008, when they seized the White House and led commanding majorities in Congress. How liberal many “self-described” conservatives are is shown by the fact that the poll depicts even staunchly liberal Connecticut as a state where conservatives outnumber liberals. It does so even though liberal Democrats trounced Republicans in the 2018 election in Connecticut, not only picking up the state senate, but acquiring a two-thirds majority in it, despite the personal unpopularity of outgoing Democratic Governor Malloy (who was succeeded as governor by the rigidly left-wing Ned Lamont, another Democrat).

Polling data show that self-described conservatives heavily outnumber liberals even in staunchly liberal states. But that’s because many self-described conservatives aren’t conservative, just less liberal than the strident, preachy, progressive perspective they are constantly subjected to by an overwhelmingly left-leaning media. Such a constant diet of progressive messages makes them feel conservative by comparison. The Washington Post hasn’t endorsed a Republican for president since 1952; and the New York Times consistently supports Democratic candidates for president. Readers who are more conservative than these dogmatically leftist papers describe themselves as “conservatives” as a result, when they are really moderate or moderately-liberal.

Professionals have also typically spent years being marinated in liberalism or leftism during their college studies, making them feel conservative compared to their left-leaning professors or college administrators even if they themselves are actually moderate or apolitical rather than conservative. So they describe themselves as conservative when they really aren’t.

Conservatives win general elections by highlighting the left-wing extremism of their Democratic opponents — not by highlighting their own consistent conservatism on economic and social issues. To win, conservatives need to appeal to centrist voters who harbor some liberal positions, but who also are disturbed by the Democratic Party’s radicalism. Classic examples of how to win an election include the TV ads attacking the 1988 Democratic Presidential nominee Michael Dukakis as extreme. Those TV ads attacked Dukakis’s foolish decision as Massachusetts governor to grant prison furloughs to murderers sentenced to life in prison. They told voters how Dukakis’s weekend release program allowed a murderer to commit awful crimes while out of prison on furlough. That murderer “did not return from his furlough, and ultimately committed assault, armed robbery, and rape before being captured.” This ad appealed to centrist and independent voters, many of whom voted to elect Republican George H.W. Bush as a result.

I voted for Dukakis in the 1988 Democratic Primary, then voted Republican in the general election as Dukakis’s left-wing extremism became apparent as a result of such ads. I voted against leftism, not in favor of hardcore conservatism.

Crime is a classic example of an issue where the Democrats often antagonize centrist voters, even those who are not fiscally conservative. Trump gained votes from centrists by highlighting Hillary Clinton’s hostility to the police, a left-wing stance that disturbed even some moderate voters. He also criticized Obamacare in the final days of the election. That appealed to fiscally conservative, socially liberal voters who were disturbed by Hillary Clinton’s consistently liberal positions on economic issues. Of such voters, 52% voted for Trump, and only 40% voted for Clinton. Meanwhile, Trump said nothing to disparage social safety-net programs overwhelmingly favored by moderates, such as Medicare. Trump did not harbor the delusion that most Americans are hardcore conservatives, especially not on economic issues.

But Republican primary voters do often harbor this delusion. They are lulled into complacency by polls showing self-described conservatives outnumbering liberals. As a result, Republicans sometimes choose very conservative candidates who are unelectable in the general election. The worst of them highlighted their conservative stances on issues where the public is the least conservative.

In 2010 and 2012, such foolishness handed the Democrats control of the Senate, as Republican primary voters nominated people who could only communicate effectively with conservatives, and thus went on to lose the general election. They pursued a small-tent strategy grounded in wishful thinking: the false belief conservatives can do well in almost any state without tailoring their message to moderate voters. As a result, GOP primary voters nominated hardcore conservatives for the Senate in Delaware, Nevada, Colorado, Indiana, and Missouri. Those candidates went on to lose elections that their primary rivals would have likely won, by focusing on topics they should have steered clear of. For example, candidate Todd Akin talked about whether rape victims are likely to conceive after a rape, while Richard Mourdock talked about whether such conceptions were intended by God, rather than these candidates deflecting attention away from their controversial position that abortion should be banned even in cases of rape or incest.

In Delaware, which went for Obama by a 5-to-3 margin, it was obvious in 2010 that only a moderate Republican could possibly hope to win the general election in Delaware’s Senate race, and it was mathematically impossible for even a seasoned, well-qualified staunch conservative to win. But some Tea Party activists, in a fit of wishful thinking, successfully pushed the nomination of a conservative neophyte with no experience in government, who ran a memorably awful TV ad saying, “I am not a witch.”

They shunted aside the state’s veteran moderate Republican congressman, Michael Castle, who would surely have won the general election had he been nominated, since he led comfortably in general election polls and was well-liked by independent voters in Delaware. And he was far less liberal than a Democrat, having voted against key liberal legislation like Obamacare and the $800 billion stimulus package.

Conservatives pushing a “small-tent” strategy of only nominating hardcore conservatives sometimes claim this plants the seeds of future success. They cite the supposed example of Senator Barry Goldwater (R-Ariz.). They falsely claim his crushing loss in the 1964 presidential election planted the seeds of future conservative success. It didn’t. Goldwater’s loss was a disaster on many levels. So many Democrats won Congressional races due to Goldwater’s incredible unpopularity that liberal Democrats acquired a commanding majority in Congress. They used that control to pass costly Great Society programs that otherwise would have been defeated by a coalition of Republicans and conservative or moderate Democrats.

Yet it’s often said — falsely — by both right-wingers and left-wingers that the conservative Goldwater’s 1964 presidential nomination planted the seeds of conservative Ronald Reagan’s 1980 victory by giving the GOP a distinctive conservative stamp that eventually attracted white southern voters, even though in the short run, the Goldwater strategy clearly failed, since the conservative Goldwater was drubbed in the general election by incumbent Democratic President Lyndon Johnson, who beat Goldwater by a whopping 25% margin — far more than he would have beaten a moderate Republican by.

Right-wingers say this to rationalize venerating the politically inept Goldwater (who was a very nice, honest man but not good at public relations), and to justify nominating conservatives even when they alienate centrist voters in the short run. Liberals falsely tie the GOP’s later victories to Goldwater to make it look like the GOP is built on a supposed “southern strategy” that appeals to white racism.

Goldwater carried the Deep South, and no state outside it except for Arizona, carrying the Deep South only because he opposed the 1964 Civil Rights Act (which he opposed on constitutional federalism grounds). White southerners at the time opposed the Civil Rights Act for totally different reasons than Goldwater, who had long criticized segregation, and had been described by Life magazine as “instrumental in pushing the Pentagon to support desegregation of the armed services.” Many southerners opposed it out of pure racism, not out of legitimate federalist principles like Goldwater’s. Goldwater’s position, falsely perceived as racism on his part, cost him traditionally rock-solid moderate Republican states like Vermont and Maine, which had always gone Republican before but now are Democratic-leaning.

Goldwater was a disaster for the GOP. He gave a provocative and non-conciliatory speech at the GOP’s national convention in which he said, “Extremism in the defense of liberty is no vice! … Moderation in the pursuit of justice is no virtue!” He antagonized moderate Republicans by joking about cutting off the Eastern seaboard, the political base of the moderate GOP. Tone-deaf to public relations, he refused to humanize his image by highlighting his service in World War II, which prior presidential candidates such as Dwight Eisenhower and John F. Kennedy had done with much success. Goldwater ordered campaign staffers to focus on the “issues” rather than highlight his war record, even though highlighting your war record is customary for presidential candidates who are veterans. This allowed President Lyndon Johnson to caricature the thoughtful Goldwater as a one-dimensional extremist.

Because Goldwater won the Deep South in 1964 (the first Republican to do so) and Reagan won most of that same region in 1980, left-wing and right-wing ideologues claim that Goldwater laid the groundwork for Ronald Reagan’s 1980 victory. This is pure, utter bunk. Any seeds planted by Goldwater died a quick death. Winning the Deep South wasn’t necessary for Reagan to win: He won nationally with ease in 1980, carrying all but a few states and winning by a double-digit margin of the popular vote but barely — barely — carried the Deep South.

This was a pattern similar to prior less conservative Republicans who won the presidency, such as Richard Nixon. Nixon also did better in the upper south in 1968 than in the Deep South.

Reagan easily crushed Democratic incumbent President Jimmy Carter in states in the upper South that had, ironically enough, been carried by Democrat Johnson in 1964 (states like Virginia), and also carried states in the outer South that Goldwater lost (like Florida, Kentucky, Texas, and Arkansas).

But he just barely scraped by in the Deep South, almost losing to Carter in these states that Goldwater had easily won. Not only did Reagan actually lose Georgia, but he also barely won in states that Goldwater carried like Mississippi (441,089 votes for Reagan vs. 429,281 votes for Carter), Alabama (654,192 vs. 636,370), and South Carolina (439,277 vs. 428,220). Not only that, Reagan lost among the actual southern voters who had voted for Goldwater 16 years earlier, winning the South only because he crushed Carter among young people in the South, even as he lost to Carter among the elderly in the Deep South.

Thus, Goldwater’s conservative “small tent” strategy did not pay off, even in the long run. The GOP must appeal to some centrist voters to win. 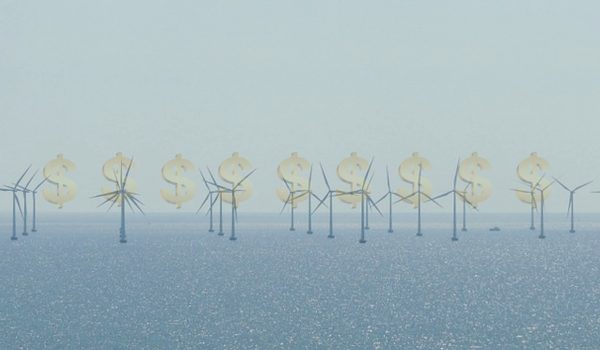