Leading Democrats are now endorsing reparations for black Americans. That could cost taxpayers trillions of dollars and harm the economy.

Most forms of reparations would violate the Constitution as currently interpreted by the Supreme Court. It interprets the Constitution as usually forbidding racial handouts, even for historically disadvantaged groups. But Supreme Court rulings against racial entitlements are mostly 5-to-4 decisions with liberal justices in dissent. So the next Democratic administration could override those rulings just by appointing left-leaning justices to replace conservative justices who die or retire.

As the New York Times reported, two leading candidates for the Democratic presidential nomination support reparations: “Last week, Senator Kamala Harris of California agreed with a radio host’s recent suggestion that government reparations for black Americans were necessary to address the legacies of slavery and discrimination. Ms. Harris later affirmed that support in a statement to The Times.” Senator Elizabeth Warren of Massachusetts “also said she supported reparations for black Americans impacted by slavery — a policy that experts say could cost several trillion dollars.”

Reparations can cost a lot. The African nation of Zimbabwe pursued a policy of reparations. It wrecked its economy by doing so, resulting in hyperinflation and leaving even its black population worse off.

The federal government is allowed to compensate the direct, immediate victims of its own racial discrimination, even if they all are of a particular race. For example, the federal government acted properly in compensating the Japanese-Americans it incarcerated in concentration camps during World War II. Japanese-Americans lost most of their possessions in that process; many were forced to dispose of their businesses at fire-sale prices before relocating to the camps.

But according to the current Supreme Court, the federal government is not supposed to give an entire racial group special treatment, or make payments to it, just because different members of that group were mistreated in the past. That is considered an unconstitutional racial preference.

Those who support reparations commonly do so based on the fact that African-Americans were once enslaved, but slavery ended over 150 years ago, when the federal government abolished it through the Thirteenth Amendment. No ex-slaves are even alive today to be compensated, and it was state governments in the South, not the federal government, that were primarily responsible for the existence of slavery.

The federal government is thus not allowed to provide special treatment to blacks in one state just because another state once practiced slavery or segregation. Even when federal officials in one state were in some sense complicit in discrimination against black people, that does not mean that the government can give blacks special treatment in an entirely different state. (See Western States Paving Co. v. Washington State Department of Transportation, 407 F. 3d 983 (9th Cir. 2005)).

Thus, slavery, which ended over 150 years ago, is not a basis for giving black people special treatment today. Nor is segregation. The Supreme Court declared segregation unconstitutional in 1954, over 60 years ago. (See Brown v. Board of Education (1954)).

Segregation is further in the past than other instances of discrimination that the courts have said is too far in the past to support special treatment. (See the court rulings in Hammon v. Barry and Brunet v. City of Columbus).

And many northern states did not have segregated schools even in 1954, when the Supreme Court declared such segregation unconstitutional.

The fact that blacks are “underrepresented” in various occupations is not proof of discrimination, because racial imbalance is not the same thing as discrimination. (See Police Association of New Orleans v. City of New Orleans, 100 F.3d 1159, 1169 (5th Cir. 1996) (city could not promote blacks based on race “to give a better reflection of the racial composition of the city,” or “remedy racial imbalances in the police department”)).

So if a liberal politician gets elected president in 2020 and appoints more liberal justices to the Supreme Court, the Supreme Court might not block race-based reparations, no matter how costly they end up being for taxpayers. Instead, it might get rid of the requirement that special treatment based on race has to be justified, under a “strict scrutiny” test. As a result, even very costly and ill-advised forms of racial favoritism could become constitutional. 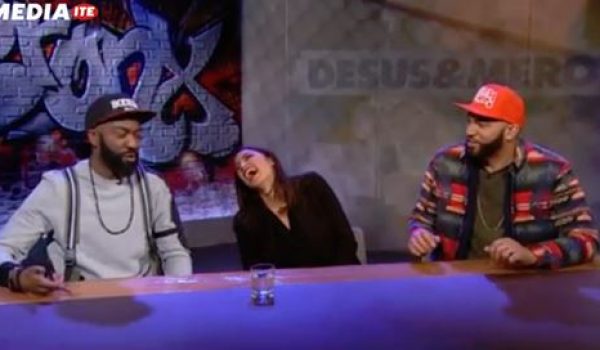