In retrospect, it’s hard to imagine how anyone in the FBI – or the Justice Department, for that matter – could see what the Bureau was doing about Donald Trump as an “investigation.”

New disclosures from testimony given in 2018 have made it even clearer than it already was that this wasn’t an investigation.  It was an operation, apparently one designed to gain information about Trump and/or his associates and arrange for the information to serve some kind of end.  Such ends, in the playbook of major league law enforcement, might include setting Trump up for entrapment or exposure, or finding “Al Capone tax evasion” type charges to bring him down with, if nothing else could be assembled.

In this post we’ll look at just a couple of key threads revealed this week from reviews of prior congressional testimony reported out by John Solomon and Jeff Carlson.

Solomon’s goes first, as it sets the stage.  His bomblet from a report on Wednesday is that Bruce Ohr, the DOJ official, handed to the FBI in 2016 what was, in effect, a “third dossier” compiled by his wife Nellie Ohr.

And now we learn, from testimony that is still being kept secret from the public, that Ohr admitted to Congress last year that he also took Russia information that his wife, Nellie, assembled against Trump on a computer drive and delivered that to the FBI in 2016 — a revelation that has raised fresh concerns in Congress about a possible conflict of interest.

This information, Solomon explains, is separate from the information reportedly compiled by Christopher Steele.

The way Ohr described it, his wife’s research was like an additional dossier assembled from Fusion GPS research to augment what Steele was separately providing the FBI.

“She (Nellie Ohr) provided me with a memory stick that included research she had done for Fusion GPS on various Russian figures,” Ohr told congressional investigators.

“And the reason she provided that information to me is, my understanding was, it related to some of the same — it related to the FBI’s Russia investigation. And she gave me that stick to give to the FBI.”

According to Bruce, Nellie Ohr was motivated to provide this information by the breakfast meeting the two of them had with Steele on 30 July 2016.

That affords a clue to when the transfer of information probably happened.  Although Solomon doesn’t give us a date in his 20 February article, he did have relevant details in an article from 6 September 2018 outlining Bruce Ohr’s role in the events of 2016.

In that piece, Solomon noted that “Crossfire Hurricane” was launched on 31 July 2016, the day after the Ohrs’ meeting with Steele on 30 July.  After describing the breakfast meeting, Solomon gave this summary:

According to my sources, Ohr called then-FBI Deputy Director Andrew McCabe the same day as his Steele breakfast and met with McCabe and FBI lawyer Lisa Page on Aug. 3 to discuss the concerns about Russia-Trump collusion that Steele had relayed.

Ohr disclosed to lawmakers that he made another contact with the FBI on Aug. 15, 2016, talking directly to Strzok. Within a month of Ohr passing along Steele’s dirt, the FBI scheduled a follow-up meeting with the British intelligence operative — and the path was laid for the Steele dossier to support a Foreign Intelligence Surveillance Act warrant to surveil Trump campaign aide Carter Page.

If Nellie Ohr was energized by the breakfast meeting to get her “third dossier” on the Russians to the FBI, Ohr’s August meetings with McCabe, Lisa Page, and Peter Strzok were the obvious opportunities.

Of course, we’ve been looking at this history long enough to recognize that it probably wasn’t Nellie’s sense of concern that prompted the information transfer, so much as Glenn Simpson at Fusion GPS telling her to do it.  She had compiled the information as work-product for him, after all, and would no doubt have told him about the meeting.

Bruce Ohr told Congress in the testimony reviewed by Solomon that he let Rod Rosenstein know he had made this transfer for his wife, in a discussion with Rosenstein in 2017.

But the timing in 2016, and the knowledge of other officials that Ohr was meeting with the FBI on “Crossfire Hurricane” matters, is what should concern us.  Andrew McCabe clearly knew that the Ohrs met with Steele on 30 July, and Crossfire Hurricane was launched the next day.  It was a big week for the deputy director.

A few days later, Lisa Page met with Ohr alongside McCabe – which means Peter Strzok knew at least at that point, if not before.  (He probably knew before that, assuming Page and McCabe discussed the phone contact from Bruce Ohr before the 3 August meeting, as they very likely did.)  On 15 August, Strzok met with Ohr himself.  This meeting with Strzok would be the most likely point of the memory stick transfer from Nellie Ohr.

Separate reporting on Ohr’s 2018 testimony (at the Washington Examiner) indicated that Special Agent Joe Pientka was also in the Ohr-FBI loop. And Andrew Weissmann at DOJ was in the loop as well.

It turns out there was at least one other person at the FBI who knew about Bruce Ohr’s meeting with McCabe in August 2016.  That was attorney Trisha Anderson, and the information comes from her testimony to Congress in 2018, which was reviewed recently by Jeff Carlson.  He has provided a summary from it this week at The Epoch Times.

According to Anderson, she didn’t review the Form 302 summaries of Ohr’s Steele-related depositions to the FBI – which were provided later in 2016 and early 2017 – until 2018.  But she did know about the meeting between Ohr and McCabe, apparently the one on 3 August 2016.

The context in which she had this knowledge is laid out by Carlson at the beginning:

A key player in the FBI’s counterintelligence investigation of Donald Trump and his 2016 presidential campaign was Trisha Anderson, who, at the time, was the No. 2 lawyer at the agency’s Office of General Counsel.

Despite having no specific experience in counterintelligence before coming to the FBI, Anderson was, in some manner, involved in virtually all of the significant events of the investigation.

We can confidently infer, then, that she didn’t have mere stray knowledge that Bruce Ohr from Justice met with Andrew McCabe.  She knew that Ohr met with McCabe about the Trump “counterintelligence investigation.”  She also estimated for Congress that just over 10 people in the DOJ and FBI knew about the investigation (of whom she was one).

This, in turn, is informative context for an extraordinary passage from her 2018 testimony, in which she affirms that high-level officials Andrew McCabe and Sally Yates (DOJ) had already approved the Carter Page FISA application before she even saw it (i.e., to give it the administrative review that would normally precede such approval):

During her testimony, Anderson highlighted the unusual nature of the Page FISA application process and the curious roles of McCabe and then-Deputy Attorney General Sally Yates, who provided approvals of the Page FISA before normal FBI and DOJ approvals had been obtained:

These early high-level approvals were distinctly outside of the normal FISA process. Anderson and others were supposed to have provided approvals before the FISA was presented to senior FBI and DOJ officials. Anderson appeared to be fully aware of the uniqueness of this particular application process:

Ms. Anderson: “There were individuals, all the way up to the Deputy Director and the Deputy Attorney General on the DOJ side, who had essentially given their approval to the FISA before it got to that step in the process. That part of it was unusual, and so I didn’t consider my review at that point in the process to be substantive in nature.”

It’s clear, given these facts, that the counterintelligence investigation was not being treated in any way as a normal, by-the-book investigation.

Which makes it all the more likely that Nellie Ohr’s “third dossier” is another chunk of the redacted background “intelligence” used to justify the FISA application on Carter Page.  The FBI may or may not have felt the need to use it in the application.  We can’t be sure what forms of information have been blacked out in the redacted portions, which are mostly in the “intelligence justification” segment of each document.  I suggested last year that some of what was included in the second, third, and fourth applications – to renew the surveillance authority – came from the Bruce Ohr 302s, which passed on information from Christopher Steele after the FBI terminated him as a confidential source.  But even in the first application, some of Nellie Ohr’s work-product for Fusion GPS may well have been incorporated.

A note on Trisha Anderson, the FBI attorney.  I found it curious that Jeff Carlson should allude to her lack of experience with counterintelligence.  He observes that in spite of that lack, she was involved in virtually all of the counterintelligence investigation launched against Trump.

That, from what I can tell, would be the second instance in a pattern as far as her career is concerned.  Anderson worked at the DOJ from 2007 to 2014, with a year off (2010-11) to clerk for Elena Kagan at the Supreme Court.  In April 2014, Anderson moved to the Treasury Department, where she worked on enforcement and intelligence issues in an assistant general counsel office.

But she was at Treasury for only 15 months – a brief, seemingly out-of-career-path deviation.  In June 2015, an interesting date from several standpoints, she left Treasury to move to the FBI and the job she was in during the 2016-17 Russiagate drama.

Anderson also married a fellow attorney, Charles L. Newman, in 2011.  Newman was an attorney on the National Security Council staff during the Obama years.  In September 2018, Anderson, reportedly a protégé of Eric Holder, rejoined the law firm Covington & Burling, LLP, where she worked before she was hired at DOJ in 2007. 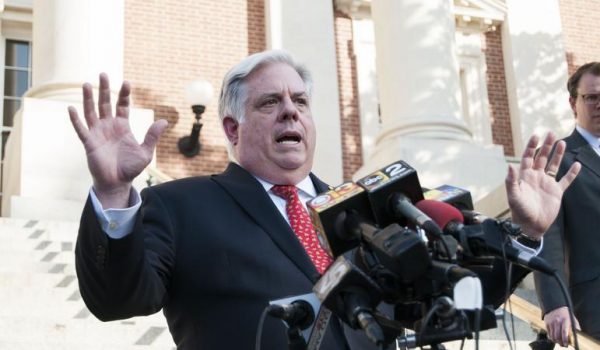