Today’s lesson on how the tax system works seems especially well suited to Rep. Alexandra Ocasio-Cortez — first because she has proposed raising the marginal tax rate on the “tippy top” of income earned to 70%, second because the parable uses beer in its explanation (a form of “currency” with which AOC is well acquainted through her “career” prior to joining Congress), and third because it’s in the form of a cartoon.

OK, that last dig was gratuitous, particularly since Ocasio-Cortez is not the only Democrat in Congress who is clueless as to how the tax system operates. Sen. Kamala Harris, who has designs on becoming president in 2020, tellingly tweeted this on Monday:

The average tax refund is down about $170 compared to last year. Let’s call the President’s tax cut what it is: a middle-class tax hike to line the pockets of already wealthy corporations and the 1%.

As conservative author Matt Palumbo notes, confusion about taxation, and especially refunds, is a common affliction of the Left:

A widely circulated CNN article is being misinterpreted to claim that taxes up are in 2018. “The average refund is down about 8% under the first full year of the overhauled tax code, according to data released by the IRS on Friday.” …

A large source of the confusion seems to be coming from the fact that the percentage of income withheld from paychecks has decreased. … Or put simpler: people are receiving smaller refunds because they paid fewer taxes in the first place.

The article is liberally peppered with tweets from middle class income earners who believe they were cheated by the Trump tax cut because they now owe more taxes, which they assume — incorrectly — means they are paying out more:

Yet the very wealthy got huge cuts. #ThanksRepublicans

Voted for you . Family of
2 hard working N.Y. cops. Did taxes for years we would pay more and get a refund at the end of the year to help pay debt . First time in 30 years We had to pay more in Federal
Taxes. I’m disgusted

Here to set the record straight, as well as provide a few minutes of entertainment, is “The Tax System, Explained in Beer!” by the accounting firm of Johnstone Grocke:

Rep. Rashida Tlaib wrote op-ed for Farrakhan in 2006
Next Post
Cory Booker pulls an Obama on campaign trail, admits he does ‘not speak Swiss’ 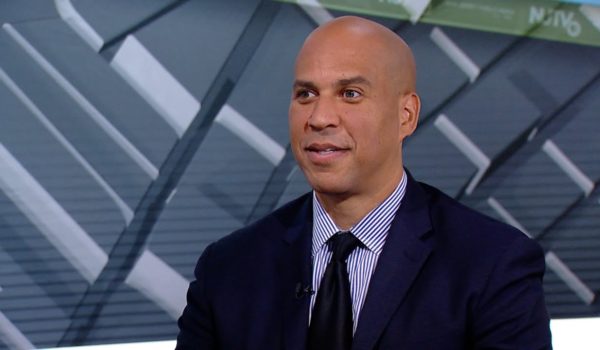