The Democrats continue to use the safety of the American people as a bargaining chip in their negotiations with their Republican colleagues to avert another shutdown. Despite record numbers of migrants storming U.S. borders daily, congressional negotiators reached a tentative deal last night that would provide a mere $1.375 billion for the construction of additional physical barriers on the southern border.

According to Associated Press:

The agreement means 55 miles (88 kilometers) of new fencing — constructed through existing designs such as metal slats instead of a concrete wall — but far less than the 215 miles (345 kilometers) the White House demanded in December. The fencing would be built in the Rio Grande Valley in Texas. It actually closely mirrors Trump’s original budget request from last winter, however.

As LU noted last Saturday, the Democrats had spoken of offering an amount “south of $2 billion,” but $1.375 is pretty far south.

It comes at a time, moreover, when reports of cartels using mini-migrant caravans to sneak drugs into U.S. have surfaced.

Sen. Richard Shelby (R-Ala.), a member of the bipartisan committee of 14 lawmakers charged with negotiating a deal to avert another shutdown, said, “With the government being shut down, the specter of another shutdown this close, what brought us back together I thought tonight was we didn’t want that to happen.”

The AP notes that details of the agreement will be released at some point today, with negotiators adding that it is pretty much the deal that Trump could have gotten in December. The question that looms is whether the president will sign off on it — a big if.

Beto O’Rourke: ‘Walls do not save lives. Walls end lives’
Next Post
Cartoon of the Day: Being railroaded 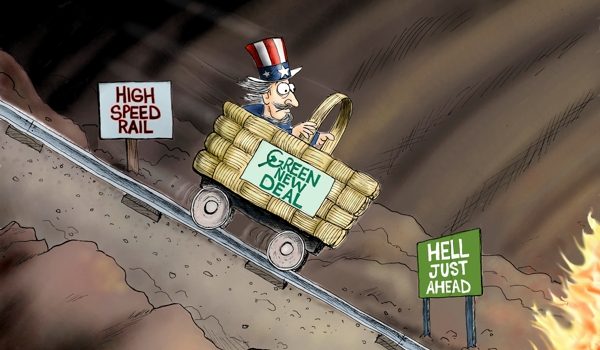