Liberty Unyielding’s Howard Portnoy had a great article on Sunday about the Washington Post’s Super Bowl ad, in which he pointed out some of the, er, journalistic challenges the Post has yet to overcome.  The ad, narrated by Tom Hanks (who played WaPo editor Bill Bradlee in the 2017 film The Post), pays “tribute to the importance of journalism and journalists throughout history and today.”

But as HP observes, WaPo too often has accuracy problems that produce a skewed view of major political issues, such as – among other things – conflating “immigrants” and “aliens,” as if their status in U.S. law is the same.  The errors of fact and expression often go uncorrected.

Since a 30-second Super Bowl slot runs $5.25 million, and WaPo’s ad is basically a vanity blurb (there’s very little chance it will earn back the cost in new subscriptions or increased advertising interest in WaPo), it’s worth reminding readers why WaPo can afford to throw money away like this.

The short version is that Jeff Bezos, CEO of Amazon and regular contestant now for “World’s Richest Man,” bought the Washington Post Company in 2013.  Before he bought it, WaPo the newspaper was seeing catastrophic losses in traffic and revenue.  The Washington Post Co.’s other properties were keeping the whole enterprise – privately owned by the Graham family – afloat.  But the paper was in bad financial shape.

In the years since, the paper has done some restructuring and reportedly is on a better financial footing.  It’s still under private ownership – Bezos swapped out with the Grahams – so there are things about its internal finances that aren’t made public.  Meanwhile, no one doubts that the secret sauce for the WaPo turn-around is Bezos’s deep pockets, which come not from newspaper publishing but from the real business of Amazon.

That real business isn’t e-commerce, a fact that has been widely understood for years.  E-commerce, per se, frequently hands Amazon huge losses on a quarterly or even annual basis, and the company’s e-commerce profit margin is less than 1%.

No, the real business of Amazon is data.  The company’s basic, long-running “data” hook is tracking you, the consumer – which is why Amazon is included as one of the “FAANGs”: Facebook, Apple, Amazon, Netflix, Google.  To anticipate what will get you to open your wallet, Amazon compiles lots and lots of information about you.  It’s been doing that since it started up in 1994, and has kept updating its tools along the way (e.g., Alexa).

But building a retail profile and even offering the array of data-intensive consumer services that come with Amazon Prime are no longer Amazon’s big money-makers.  Amazon’s marriage with data has a different structure now.  Most of the Amazon empire’s operating income in 2018 came from the cloud computing division, Amazon Web Services (AWS) – and year-on-year the AWS figure was up 77%.

And AWS’s big push since 2010 has been selling IT cloud services to the U.S. government.

AWS provides cloud hosting and management for a growing list of government agencies, probably the most famous being the CIA, with which the company inked a $600 million contract in 2013.  The CIA contract isn’t just for the CIA, for that matter: the 2013 contract was to migrate all 17 agencies of the U.S. intelligence community to a common cloud environment.

So right there we have the fascinating situation of Jeff Bezos on one end, owning the Washington Post, and Jeff Bezos in the middle, providing cloud services to the U.S. intelligence community, with the intelligence community on the other end, circulating national secrets through the AWS-hosted cloud 24/365.  A thinking person would see that as a moral hazard big enough to drive an 18-wheeler through.

But there’s more.  Besides providing cloud services to other agencies like the U.S. Treasury (yes), AWS is considered the front-running bidder for the cloud-services contract of the century: the contract for the U.S. Department of Defense.

The DOD contract, for which the winner is to be decided in April 2019, will be worth $10 billion at the outset.  There’s controversy over whether the services should be single-sourced, but DOD told Congress in 2018 that it regards a single contractor as the best option, at least in the initial stage of its cloud-computing transition.  Winning this contract would be a very big deal even for Amazon, already the world leader in cloud-services clientele and revenues.

In fact, a CNN report in 2018 calculated that if AWS wins the DOD contract, the U.S. government will be AWS’s biggest customer.

So little WaPo is walking in tall cotton here, owned and backstopped by the same guy who’s wrangling cloud for ever-growing chunks of the U.S. federal government.  (And that’s aside from the state and local government agencies with which AWS has contracts as well.)

The chunks aren’t just any chunks either: we’re talking U.S. Treasury data, the national secrets of the intelligence community, the military’s national security information (if AWS gets the big contract), the data maintained by the Social Security Administration (that would be you, readers), and the Centers for Medicare and Medicaid Services (also you), among others.

But yet there’s more.  Amazon’s prowess in cloud computing, and connections with the U.S. government, have it participating in a project few Americans are even aware of, one whose description must simply be read in the original to be believed, as it would take too long to orient you with more than this brief summary:

Buried deep beneath the white marble foyer of the US Institute of Peace (Usip), with its sweeping views across the National Mall to the Lincoln Memorial, is a cavernous, black-walled basement. Workers call it the “bat cave”. For good reason. The windowless lair is the site of a bold experiment: Amazon’s plunge into the peace-making business.

Amazon is a founding partner of the PeaceTech Accelerator, an obscure joint-venture of military men, former spies, peaceniks and industry that it launched last year with C5 Capital, the London investment firm run by Andre Pienaar, a politically connected corporate intelligence veteran, and the PeaceTech Lab, a spin-off of Usip.

The PeaceTech accelerator scours the globe for start-ups in conflict zones, brings them to the American capital for an intensive eight-week course of mentorship and meetings, and then sends them back to their home countries, often with a new government contract in hand.

AWS uses its unique vantage point as the world’s biggest provider of cloud services to funnel interesting start-ups to the “bat cave”. Once there, it provides them up to $50,000 in free “cloud credits” as well as mentors and corporate coaches.

If you think there’s got to be some “gospel” being preached in the eight-week course, other than cloud computing, you’re right.  This particular project of the PeaceTech Lab is “aligned with Goal 16 of the United Nations’ global sustainable goal to promote just, peaceful and inclusive societies.”  In theory, it sounds good:

This Goal seeks to hold institutions and governments accountable and transparent. It also aims to eliminate bribery and other forms of political and corporate corruption.

The question that may present itself in your mind – as it does in mine – is whether it really makes sense to have an Amazon IT behemoth partnering with the taxpayer-funded Institute of Peace to cycle people from “conflict zones” overseas through political-gospel training of this kind in the USIP “bat cave.”

Especially when it involves sending them home with new government contracts in hand.  Eh?  If you’re of a suspicious nature (as all of us crusty old intel types are), this sounds like a ready-made opportunity to recruit spies and agents – not necessarily for the CIA, for that matter, or even for U.S. Code government entities – and Amazon is right in the middle of it.

One thing this arresting information does is make it seem kind of comfy and prosaic to think of familiar old Tom Hanks chatting you up for 60 seconds about Journalism’s Greatest Hits.  Like, you’d at least understand what the heck that was about.

But as you ponder the Washington Post’s message, keep in mind the Bezos empire lurking behind it, and the sheer embeddedness it’s establishing at the taxpayers’ trough.  What’s up with this parent enterprise lecturing you about journalism during the Super Bowl, and importing “conflict-zone start-ups” to be indoctrinated in a “bat cave” and sent forth to spread abroad a UN-aligned gospel of “anti-corruption”?

Granting how common it has become in the last quarter century to vaunt and work through these hybrid “partnerships,” and granting the age-old urge of the well-heeled commercial magnate to, let us say, shape the conditions of his world — granting it all: this sounds weird, because it is. 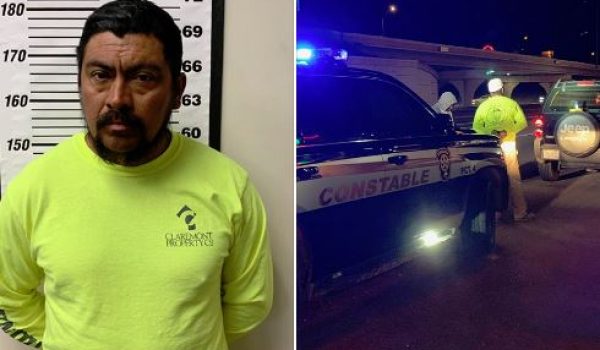