As reported in today’s LU Web Crawler, a Bay area restaurant owner has announced that he will refuse service to anyone who enters his establishment wearing a Make America Great Again hat. The owner, J. Kenji López-Alt, explained his position in a tweet, adding that the policy would obtain as well for customers “wearing a swastika, white hood, or any other symbol of intolerance and hate.”

Naturally, the controversial viewpoint is generating a good deal of opinionating, including an exchange by CNN’s Chris Cuomo and Don Lemon in which the former compared the wearing of the now-infamous red hat with wearing a t-shirt that reads “I hate black people.”

I find this comparison baffling. I have heard the argument that Donald Trump, who used “Make America Great Again” as his campaign slogan, was in so doing calling for a return to the era of Jim Crow if not out-and-out slavery. The argument is unconvincing on a number of fronts. First of all, the slogan is not wholly original with the Trump campaign. Ronald Reagan used the the nearly identical “Let’s Make America Great Again” as the slogan for his successful 1980 presidential bid, and he went on as president to sign an immigration reform law that gave amnesty to illegal aliens.

But the phrase was also used in the presidential campaign of Bill Clinton, who many in his day referred to as “America’s first black president”:

Then there’s the matter of Trump’s record since taking the oath of office. Trump’s first formal use of the phrase “Let’s Make America Great Again” was on Nov. 7, 2012, the day after Barack Obama won his reelection against Mitt Romney. At the time, the black unemployment rate was at 14.4%. Americans as a whole were struggling to find work, while millions had given up looking altogether.

Once Donald Trump took over the reins, the economy rebounded. By the beginning of his second year in office, black unemployment had fallen to an all-time low. In the time since, small business ownership among black Americans has jumped 400%.

Obama during his two terms spoke of a need for criminal justice reform, which disproportionately affected blacks. Trump did something about it, passing a sweeping criminal reform bill last December.

Maybe Chris Cuomo needs to revisit his position on Trump and what the man stands for. 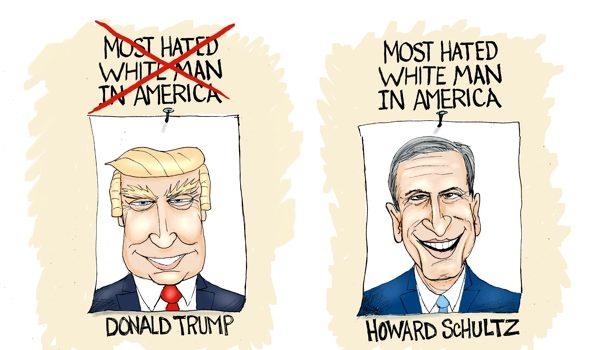