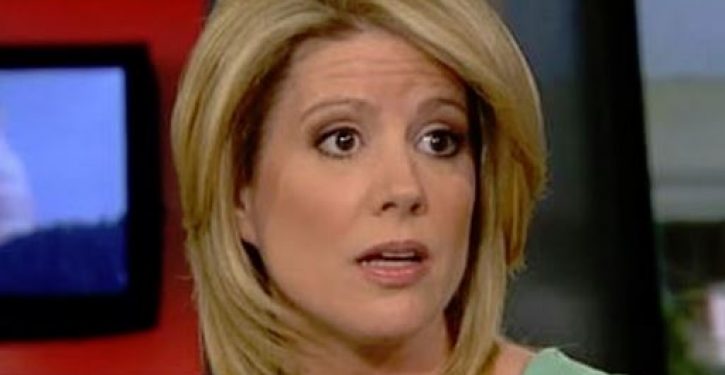 CNN political analyst Kirsten Powers, formerly of Fox News, claims that the real victims in the Covington Catholic debacle are the media.

Powers has been one of a small contingent of journalists who continue to smear the teenagers after an out-of-context video clip was used to wrongfully depict them as racists.

The mainstream media seized on the video, setting out to destroy the kids because they happened to be wearing MAGA hats and were participating in a pro-life march.

Subsequent videos have thoroughly exonerated the students of the charges that were leveled against them.

Despite the evidence, Powers has continued to insist the kids taunted an American Indian pounding a drum inches from the face of one of them by…

When Powers was rightfully called out on social media for insisting the sky is not blue, she took a new approach. She decided the media were the real victims here.

Media Are Not the Victims

Powers shared a Washington Post story that predictably pivoted from the incident being about kids wrongfully accused of racism to “conservatives pounced.” Rather than attempting to understand why the media are so bad at their job of reporting facts and investigating stories, the Post decided to analyze how the big, bad “Trump internet” fought back.

Referring to the column, Powers suggested the “real lesson” behind the Covington Catholic hit job was that people shouldn’t “succumb to orchestrated harassment campaigns against journalists.”

This ⁦@washingtonpost⁩ story captures the real lesson of this episode—don’t succumb to orchestrated harassment campaigns against journalists.

Blasting the media with facts after they intentionally misrepresented a video altercation then continued to lie about it well after proof had emerged to the contrary is not a “harassment campaign.” It’s an information campaign.

When the media fails to do their job properly, it’s up to citizen journalists to get the story straight.

Harassment is not criticizing journalists! Harassment is when you are a teenager and can’t go to your school over death threats because media told a false story about you!!

Sorry Trump haters but Stone indictment undercuts Russian collusion narrative
Next Post
Pelosi: ‘What does Putin have on the President, politically, personally or financially?’