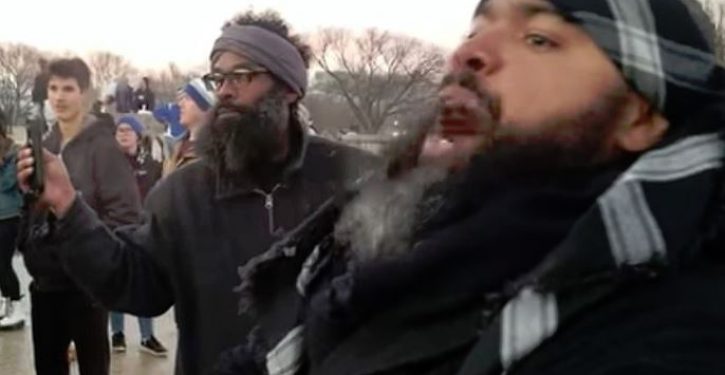 At first the story advanced by the media was that the teens from Covington Catholic High School clad in red Make America Great Again hats had surrounded Indian elder Nathan Phillips, “laughing and filming [his drumming and chants] on cell phones.” The evidence for this interpretation of events was a brief cell phone video and screen grab from the same that showed one teen in particular standing inches away from Phillips’s face and supposedly smirking,

That narrative turned out to be false when a longer recording of the confrontation was released, revealing that before Phillips and his entourage arrived, a third group, the Black Hebrew Israelites, had been taunting the teens, shouting racial epithets and demeaning their masculinity.

Now a third version of events has been hazarded, this one by none other than Somali-American Rep. Ilhan Omar, who claims the teens were the aggressor. And their target? The Black Hebrew Israelites.

In a tweet that she has since been scrubbed she wrote: 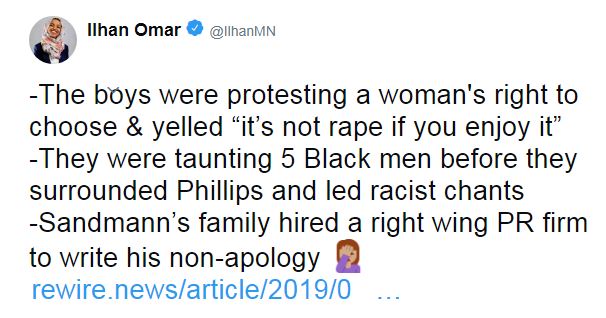 Phillips’s story held up initially because of the optics of the original video, which showed a lone elderly man (his videographer was outside the picture frame) surrounded by a couple dozen young whippersnappers who — if their malevolent intentions weren’t obvious from the fact they attended a Christian school — were supporters of the racist-in-chief, Donald Trump. But if Omar watched the longer video (and if she didn’t she was derelict in her duties), there is no possible way she could have viewed the situation that she describes in her tweet.

Ryan Saavedra of the Daily Wire chronicles the insults hurled at the students in a tweet of his own.

If this is the sort of truth that Rep. Omar is going to be relying on as a member of Congress, it’s going to be a long two years. 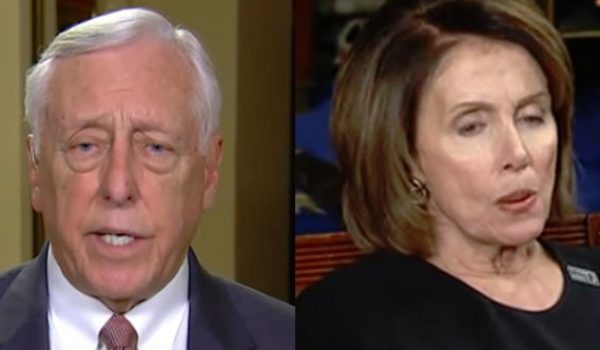