Yes, it’s a terrifying thought, not only because one President Obama was way too many but because the former first lady — how to put this delicately? — is not the sharpest knife in the drawer. Those who need evidence are encouraged to thumb through her senior thesis at Princeton, which reads like a test for proofreaders (how many errors can you find in the sentence “Thank-you Professor Wallace you have made me a much better student”?).

Nevertheless, according to The Sun, “Michelle Obama is being hotly tipped for the 2020 Presidential race with her global book tour helping spike approval ratings.” The article even quotes Mike Huckabee as fanning the “flames of speculation on his website,” where he reportedly wrote:

Now that Michelle Obama has been named Most Admired Woman for 2018, it’s time for me to make a prediction for 2019: the former First Lady will toss her hat in the ring for 2020, and she will get her party’s nomination.

Huckabee’s not alone among right-wing pundits who are predicting that Mrs. Obama will follow in her husband’s footsteps. In 2017, Roger Stone, longtime friend and adviser to President Trump, predicted not only that she would be a future presidential candidate but that she would be a “formidable” contender and not one to be underestimated.

Despite having confirmed repeatedly that she is not interested in being president (though she did say on one occasion that she’d like to create “thousands of me’s”), Mrs. Obama has gotten plenty of encouragement from the Left. In November, CNN anchor Alisyn Camerota expressed her hope that “superstar” Michelle Obama would mount a 2020 run, and light-night TV host Jimmy Kimmel begged Obama, who was a guest on his show, to “save us” from Trump.

It’s not that Michelle Obama doesn’t think she’s up to the task of running a country. At a promotional talk for her book in December, she said, “I have been at every powerful table: They are not that smart.”

Although she has no designs on the presidency, Obama has given some indication of what she might like to do with the rest of her life. In a 2015 interview with a rapper named Wale she was asked, “If you had the opportunity to have a different occupation, what would it be?” Obama answered without hesitation, “I would be Beyoncé,” which pretty much tells you everything about her you need to know. 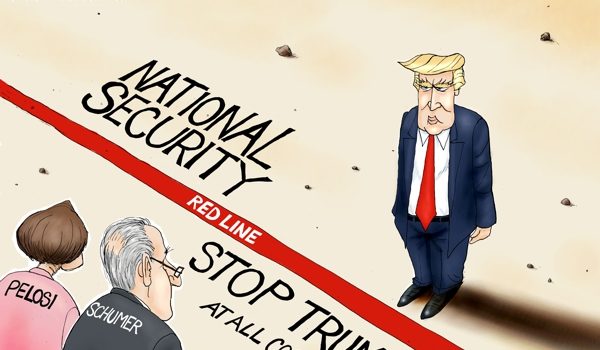