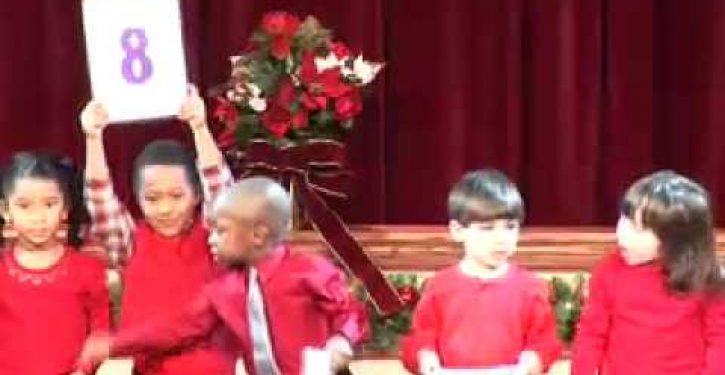 A daycare decided to put on a Christmas show starring the children that featured a rendition of the carol “The 12 Days of Christmas.” Things didn’t go quite according to plan.

Numbers were presented in the incorrect order, and when the laughter from the crowd began, one of the kids tried getting everyone back on track only to be repeatedly dismayed when things got worse, making for an uncomfortable performance.

When all is said and done, the children gave it their best shot. Plus, anybody who has ever had to work with a team of people during their day job can relate to this poor kid.

Better than Some Other Versions We’ve Seen

While things didn’t quite work out as they had been rehearsed, this daycare version of the song is still much better than others we’ve seen.

In our 2014 list of “Horrifying Christmas Songs You Never Knew Existed,” Destiny’s Child appears with their take on the tune titled, 8 Days of Christmas.

In it, Michelle Obama’s good buddy Beyoncé sings about her lover giving her such meaningful gifts as “the keys to a CLK Mercedes” and “a pair of Chloe shades and a diamond belly ring.”

Sure beats”‘swans a-swimming” we suppose. But, as Rolling Stone points out, it’s “no wonder D.C. shortened their holiday season by four days – their beaus would’ve been flat broke by the twelfth day.”

Don’t Worry Kids, Obama Has Been Through the Same Thing

The whole “12 days” fiasco featured above reminds us of a similar incident that the former [resident of the United States got himself involved with. Yes, even world leaders can fall victim to these types of blunders.

Does anyone recall the time he and a group of campaign volunteers tried their hand at spelling ‘Ohio’ and they ended up with “Oiho” instead?

A word of advice to @BarackObama: it's "O-H-I-O" that has 18 electoral votes, not "O-I-H-O" pic.twitter.com/babXzAtp

That’s right, the smartest president ever to grace us with his intellect couldn’t lead three college kids to the proper spelling of a four-letter state.

It wasn’t Obama’s only gaffe. There was another flub by the spelling-challenged commander in chief and this one involved music.

Watch as the greatest orator of our generation can’t spell the word respect, despite its spelling being the title of the song he is describing!

Well, that puts Obama in the same class as some other great speakers of our time. Namely, this guy:

Perhaps on the first day of Christmas, somebody can be thoughtful enough to buy Sharpton and Obama a clue. Or maybe a dictionary.

The kids at least have an excuse for their mistake, being four years old and all. What’s Obama and Sharpton’s excuse? 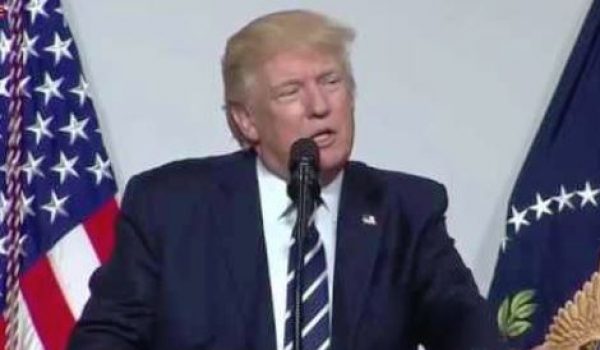