It’s unclear that any child at this age needs to learn about menstruation, but it is a certainty that children born with male plumbing need not be concerned.

Unless, of course, the child is “trans” or “non-binary,” in which case all bets are off.

This “breakthrough” in education was was approved by Brighton & Hove City Council in the England “as they try to tackle stigma around menstruation,” according to The Telegraph.

A report released by council advises that “menstruation must be inclusive of all genders,” toward which end “bins used for menstruation products will be provided in all toilets for children.” Leaving no stone unturned, the council also recently released a “Trans Inclusion Schools Toolkit” to help teachers treat gender identity sensitively.

But not everyone in the community is buying into the plan.

Tory MP David Davies told The Mail on Sunday that it was “insanity” for teachers to tell pupils that transgender boys can have periods.

He said: “Learning about periods is already a difficult subject for children that age, so to throw in the idea girls who believe they are boys also have periods will leave them completely confused.”

But Davies and those who think like him are facing an uphill battle:

Earlier this year, the Royal College of Paediatricians and Child Health (RCPCH) urged minister [sic] go further in their guidance on sex and relationship classes, which will become compulsory from 2020.

The Royal College said: “There needs to be a clear statement that LGBT people and relationships are part of teaching about healthy relationships in primary school. This can be demonstrated in relation to families — but also it is helpful to children to learn the meaning of terms such as lesbian, gay and bisexual”.

“Advancements” in sex education are not yet enforced by our own federal government, though progressive teachers around the country are charting new territory. One California school district that implemented LGBT sex education has declared that parents cannot opt their children out of the class. In Minneapolis, meantime, the head of a small private school took students on a field trip to an adult novelty store.

In case you’re wondering if any of what these young children are taught is taking root, consider that a pair of 5-year-olds — a male and a female — were found naked in their kindergarten classroom bathroom “having sex” at one school.

Top Dem wants DOJ to change its guidelines so Trump can be indicted
Next Post
Cartoon of the Day: Science squared 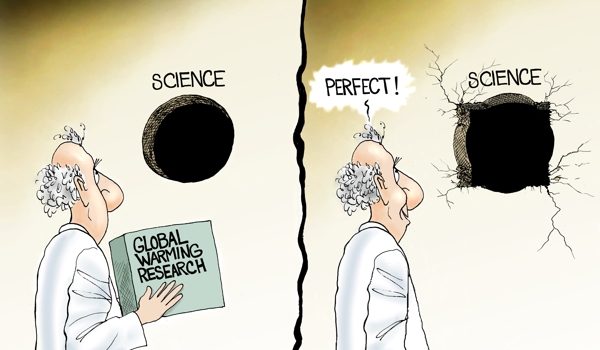