I was under the impression that churches were supposed to limit any politicizing they might do to the Sunday sermon, but an Indianapolis church has taken it “outside,” erecting a chain-link fence around a lawn sculpture of Mary, Jesus, and Joseph.

The idea here of course was to make a “statement” against current U.S. policy for handling illegal border crossers by mimicking the photo of two ostensibly Hispanic children asleep inside a similar enclosure that went viral in June. What makes the gesture darkly comical is that the church is four years late. As has been pointed out repeatedly, the photograph they are riffing off of was shot in 2014, during the Obama presidency. On top of that, the church is guilty of hyperbole by adding razor wire to the top of the enclosure, giving the display a concentration camp look and feel.

On our lawn tonight we placed The Holy Family…in #ICE detention. #Immigration pic.twitter.com/eSkTv89SEf

According to Fox 59, Stephen Carlsen, dean of the church where the obscenity is on display, is quoted as saying:

Our job as faithful people is to welcome people with mercy. Our religious images are supposed to remind us where God’s heart is. God’s heart is compassion. With people who are in need, and our heart should be there, too.

The view, while admirable, grossly oversimplifies the problem at the southern border, where some of the groups of adults and children intercepted resemble “family units” but are not, consisting instead of a drug smuggler or other criminal who has “rented” a child in order to gain entrance to the U.S.

I am surprised that no atheist groups have stormed the church, demanding that the display be removed on the grounds that it violates the so-called separation of church and state. Then again, the majority of atheists are also liberal, so why should they? 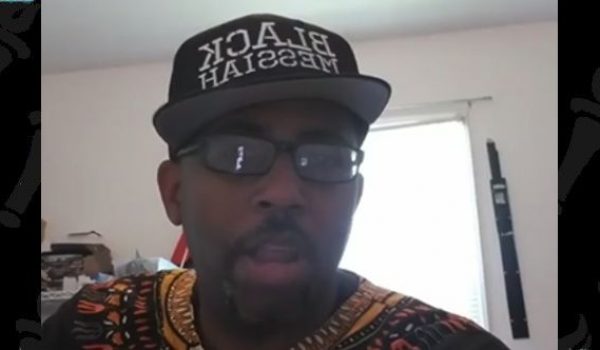 Social justice activists in N.C. tell followers to boycott July 4, crash other people’s cookouts
Next Post
How Trump is changing the face of legal immigration