It’s Winter solstice/holiday time – and Pennsylvania Gov. Tom Corbett seems tepid to reject the federal-state health care exchange program, which will be instituted under Obamacare.  Mitt Romney implemented a similar program, at the state level, when he was Governor of Massachusetts – which explains why conservatives were unable to make the 2012 election a referendum on Obamcare.  As Grace-Marie Turner at Forbes wrote in her column on December 1o, “at least 21 states have said they definitely or probably will not set up state exchanges, with Ohio, Wisconsin, Maine, Nebraska, South Carolina, Georgia and Indiana most recently joining the opposition.”

Businesses: Companies with more than 50 employees are searching for ways to avoid the penalties for not complying with the law’s employer mandate. They must either provide government-approved health insurance or pay a fine of $2,000 for each full-time worker. But companies can escape the fines if they make the painful decision to cut workers to part-time – defined in the law as less than 30 hours a week.

Denny’s franchise owner John Metz of Florida said he would “love to cover all employees” with health insurance, “but to pay $5,000 per employee would cost us $175,000 per restaurant, and unfortunately, most of our restaurants don’t make $175,000 a year. I can’t afford it.”

Religious leaders: The Obama Administration’s decision to force employers to provide access to contraception, abortion-inducing drugs and sterilization at no cost to their employees has prompted 40 lawsuits by Catholic dioceses and other organizations claiming it violates their First Amendment protection of religious liberty.

Although churches themselves are exempt, the mandate applies to religiously affiliated hospitals, colleges, charities and social service agencies. Cardinal Timothy Dolan recently said the Catholic Church will “not obey” the Obama Administration’s HHS mandate, a policy he classified as “immoral.”

In the Keystone state, Jennifer Stefano, State Director for Americans for Prosperity- Pennsylvania, is holding a rally in Harrisburg this week to support the taxpayers and economic freedom. She’ll be presenting a “taxpayer’s  holiday wish list.”

Washington Crossing, PA— Americans for Prosperity-Pennsylvania (“AFP-PA”) will host a press conference this Thursday, December 13th at the state capitol to urge Governor Corbett to put Pennsylvania on Santa’s “Nice” list. The group is joined by Santa Claus, Representative Gordon Denlinger, doctors, and business leaders who want Governor Corbett to reject a state health care exchange and support other policies that lower the state tax burden.

“Americans for Prosperity is proud to bring Santa Claus to the Capitol to present the ‘Taxpayer’s Christmas wish list’,” explained Jennifer Stefano, state director of Americans for Prosperity. “At the top of that list is for Governor Corbett to announce he will fully reject setting up a state or a joint federal-state health care exchange.”

WHAT: Press conference to urge Governor Corbett to opt out of the state health care exchange.

Twenty other states have chosen not to establish a state level exchange as provided for in the Affordable Care Act (“ACA”). The deadline for the Governor to inform the federal government’s Department of Health and Human Services if Pennsylvania will be establishing an exchange is Friday, December 14, 2012.

Rep. Denlinger submitted a letter in July, which he re-submitted on December 4, 2012, urging Governor Corbett to opt out of the state level exchange as well as the Medicaid provision of the ACA, which this summer’s Supreme Court ruling made optional. Forty-seven (47) other state legislators signed the letter.

Stefano said of the letter, “We thank Rep. Denlinger and the other representatives who have taken a bold stand for the people of Pennsylvania.  They join a growing number of Governors and state legislators across America who are standing up for working families and small business owners this Christmas season.”

For more information or to schedule an interview, please contact Jennifer Stefano at jstefano@afphq.org or call 610-207-7901. 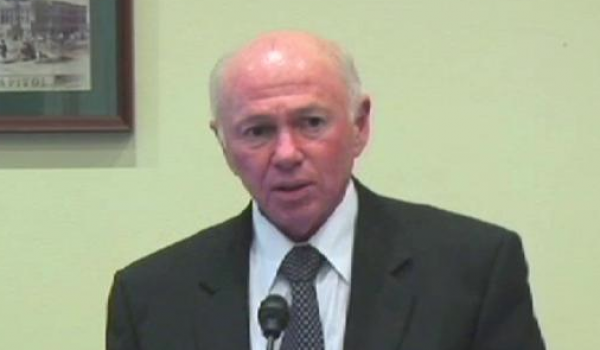