On 13 December, Russian Maria Butina pleaded guilty to one count of conspiracy in a deal with federal prosecutors.  Butina is the NRA groupie who was arrested, basically, for being Russian while hanging out with the NRA.  She pleaded to conspiring to “influence U.S. politics,” after initially entering a plea of not guilty following her arrest in July 2018.

This account of Ms. Butina’s prophetic prowess is a thigh-slapper, retailed with — apparently — a straight face.

Prosecutors said Ms. Butina recognized as early as 2015 that Republicans were likely to take control of the presidency after the 2016 election and drafted a proposal with Mr. Erickson’s help suggesting that Russia use informal conduits to influence the direction of U.S. foreign policy toward Russia.

“Butina stated she had laid the groundwork for an unofficial channel of communication with the next U.S. administration,” prosecutors wrote in the charging documents accompanying her plea.

If Butina really recognized in 2015 that “Republicans were likely to take control of the presidency,” she was among a very select few with special, counterintuitive prevision.  Be that as it may, she is accused of “orchestrating” an NRA trip to Russia — more reprehensible, no doubt, than merely arranging one — and of infiltrating a National Prayer Breakfast, an operation that apparently consisted of showing up for it, in company with some other people.

As part of the plea agreement, the government dropped a separate charge of acting as a foreign agent. Ms. Butina, who had initially pleaded not guilty, could receive up to five years in prison and a fine of $250,000. The sentencing guidelines cited as part of the plea agreement, however, suggest a sentence of up to six months in jail and a fine up to $9,500. As part of her plea, Ms. Butina has agreed to cooperate with the government on other investigations, which could reduce the severity of her sentence.

Additional note: the judge in this case is the one Obama appointed in a most unusual way, Tanya Chutkan.  Chutkan has unaccountably cropped up in two Fusion GPS cases, as well as Butina’s, and is the judge who ushered Imran Awan out the door with a pat on the head and a near-apology for all he’d had to suffer being prosecuted for bank fraud in federal court.

In passing, we shouldn’t really make light of this little drama, in part because Russian espionage is real, and never to be dismissed.  But it’s also because, with a plea agreement, we’ll never have good insight into what this has all really been about — and the case will have implications for the contacts and activities of Americans abroad.  If the case isn’t made that Butina was acting as a foreign agent — i.e., the agent of a foreign government — then “conspiring” to influence U.S. politics takes on a different hue.  A lot of Americans participate in organizations in foreign countries and leverage that participation to try to influence those countries, whether the topic is politics, social phenomena, economics, etc.  Setting the precedent of criminalizing those activities isn’t necessarily a good idea.  Reciprocity can work in bad ways as well as good ones.

But here, as promised, is the one thing that matters about this plea.  Assuming the prosecutor’s account of her connections is accurate, Butina took it because it’s what the Russians told her to do.  She’s not her own woman in this.  If the plea and whatever cooperation she gives the prosecutor produce unfavorable consequences for Trump, it’s because Putin wants them to.

On the face of it, it seems Russia originally decided to back a fight in court for Butina (perhaps for the prospect of discovery), and now has had her cop a plea.  I’d be very wary of anything that comes from her cooperation with the prosecutor.  It won’t be coming, honestly and uninfluenced, from the prosecutor, the investigative powers of the FBI, or Butina.  It will be coming from Vladimir Putin. 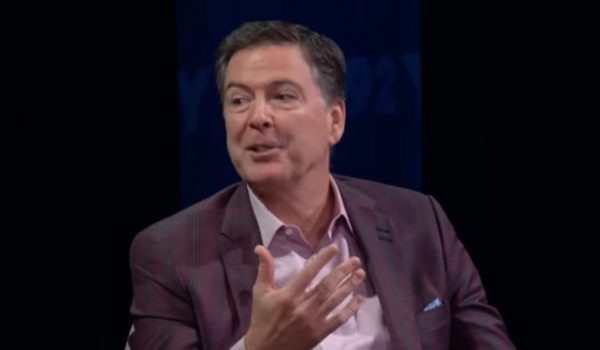 Comey: He wouldn’t have tried an FBI ambush like Flynn’s with a different administration
Next Post
Foul-mouthed Santa horrifies parents