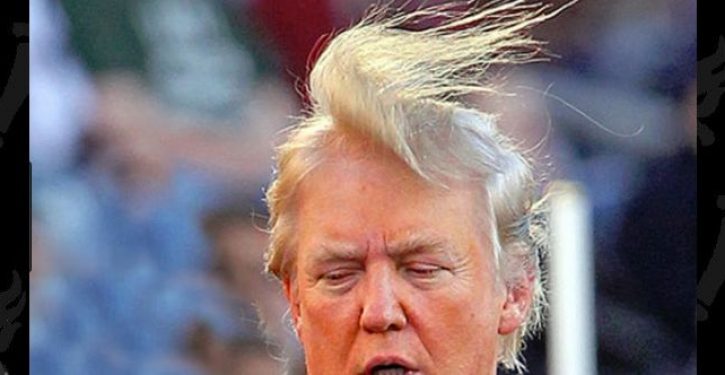 Days after Donald Trump’s inauguration, a nonprofit organization opened up shop in Washington, D.C., to continue a private investigation into the president’s possible ties to Russia.

Only a few details of the group, the Democracy Integrity Project, have trickled out over the nearly two years since its founding.

The organization’s founder, a former Senate Intelligence Committee staffer named Daniel J. Jones, hired opposition research firm Fusion GPS and dossier author Christopher Steele as part of the initiative, he told the FBI in March 2017. And it has been revealed that billionaire financier George Soros has given at least $1 million to the group and is considering giving more.

But The Daily Caller News Foundation has obtained Democracy Integrity Project’s articles of incorporation showing that a white-collar defense attorney who has worked with Fusion GPS in the past and a former State Department official were also on the group’s board of directors.

Documents obtained through a public records request show that Adam Kaufmann, a partner at the firm Lewis Baach Kaufmann Middlemiss, and Dafna Hochman Rand, the former deputy assistant secretary of state in the bureau of democracy, human rights and labor, are listed along with Jones as Democracy Integrity Project board members.

Rand is listed on the initial registration for the Democracy Integrity Project, which was filed on Jan. 31, 2017. Her LinkedIn profile says that she worked at the State Department through January 2017, though the exact date of her departure is unknown. Rand is not listed as a board member in a March 31, 2017, filing, suggesting that she left the organization shortly after joining.

She did not respond to a request for comment.

But it is Kaufmann’s link to Democracy Integrity Project that is especially noteworthy.

The former chief investigator at the Manhattan district attorney’s office, Kaufmann has worked in the past with Fusion GPS on behalf Derwick Associates, a Venezuelan power company reportedly under investigation for bribery and money laundering.

“All of this smells like a crime,” Kaufmann told The Times in a lengthy story published in October that details various tax shelters used by the Trump real estate empire. His role with the Democracy Integrity Project was not mentioned.

But a DCNF search could not find Kaufmann providing quotes for any other news stories during Trump’s tenure. Jones has said that one of Democracy Integrity Project’s objectives is to provide information to the FBI, lawmakers and the press.

Neither Kaufmann nor Jones responded to multiple requests for comment.

At Lewis Baach, Kaufmann has represented Derwick Associates, a Venezuelan power company reportedly under investigation for a bribery and kickback scheme. In addition to his work for Derwick, Kaufmann has is also representing Francisco Convit Guruceaga, a Venezuelan national and Derwick Associates director charged by the Justice Department in July in a money laundering case involving Venezuela’s state-owned oil company, PDVSA.

Thor Halvorssen, an activist who heads the Human Rights Foundation, submitted written testimony to the Senate Judiciary Committee on July 26, 2017, alleging that Kaufmann and Fritsch met in Caracas, Venezuela, in 2014 with Wall Street Journal reporter Jose de Cordoba, a former colleague of Fritsch’s who was investigating Derwick’s activities.

De Cordoba did not respond to a request for comment. But TheDCNF has obtained an 18-page letter that Kaufmann sent to de Cordoba on July 14, 2014, responding to the reporter’s questions about Derwick. Kaufmann makes reference in the letter to a meeting he had scheduled with de Cordoba in Caracas.

De Cordoba did do some reporting on Derwick, but his coverage was mostly related to legal developments involving the power company. He reported on Aug. 8, 2014, that federal prosecutors and prosecutors in Kaufmann’s former office in New York City had opened an investigation into Derwick’s contracts for power turbines.

Halvorssen, who has since filed a Racketeer Influenced and Corrupt Organizations Act (RICO) lawsuit accusing Fusion GPS and Derwick of retaliation, was unwavering in his criticism of Kaufmann, asserting that he should not be working for a group that calls itself the Democracy Integrity Project.

“Adam Kaufmann personifies the polar opposite of transparency and integrity,” Halvorssen told TheDCNF. “The very idea that Adam Kaufmann is involved in any project that has the word ‘integrity’ means that the project is stillborn and has no credibility.”

Fritsch, who allegedly traveled with Kaufmann to Caracas, has had a similar run-in with another journalist from his former newspaper.

Fritsch accompanied lawyers for Theranos, the now-defunct medical device company, at a meeting at Wall Street Journal’s office in June 2015.

Journal reporter John Carreyrou was at the time reporting aggressively on Theranos and its fraudulent blood testing machinery. In an attempt to kill stories that Correyrou was working on, Fritsch joined David Boies, the lead partner at the notorious firm, Boies Schiller, and other Theranos lawyers.

Carreyrou has described the meeting as contentious. Fritsch warned him that he was reporting too aggressively on Theranos, according to The Washington Post. Days later, according to New York Magazine, Boies sent a letter to WSJ threatening legal action if Carreyrou continued with his reporting.

Carreyrou’s reporting led to investigations of Theranos, which has since gone out of business. Its former CEO, Elizabeth Holmes, was indicted in California on fraud charges on June 15.

Fusion’s work with high-powered lawyers is part of the oppo firm’s modus operandi. The company was technically hired to investigate Trump during the campaign by Perkins Coie, the law firm that represented the Democratic National Committee and the Clinton campaign. Fusion has cited attorney-client privilege in many of its dossier-related legal proceedings.

It is unclear what work Kaufmann has done for Democracy Integrity Project since its founding, or even if he remains affiliated with the nonprofit group.

The organization’s work overall has remained a mystery, but there is some indication that the group has been behind negative stories about Trump alleging illicit ties to Russia.

Jones provided the most insight into Democracy Integrity Project’s activities during an interview with the FBI in late March 2017. He also revealed some of his group’s secrets that same month to Adam Waldman, a lawyer who has links to several players in the Russia saga, including Steele, Senate Intelligence Committee Vice Chairman Mark Warner, and Russian oligarch Oleg Deripaska.

Jones, who also operates a consulting firm called Penn Quarter Group, told the FBI that he hired Fusion GPS and Steele with the goal of “exposing foreign influence in Western elections.”

He claimed he had received $50 million in funding from a consortium of between seven and 10 wealthy philanthropists.

Jones sent text messages to Waldman suggesting that his organization was behind several anti-Trump news stories. In a text message introducing himself as being with the Democracy Integrity Project, Jones told Waldman that “Chris wanted us to connect,” seemingly referring to Steele.

“Our team helped with this,” Jones wrote in a text that linked to a March 17, 2017, article from Reuters about Russian investments in Trump’s Florida real estate properties.

Jones also sent a link to an article published by McClatchy alleging that the FBI was investigating whether Russians had used bots to influence the spread of articles at conservative outlets like Breitbart and InfoWars.

Waldman told TheDCNF that Jones told him in a meeting in March 2017 that he was working with Fusion GPS. He also claimed to have received funding from Soros.

The Soros funding was confirmed by The New York Times in a report on Oct. 31. A spokesman for the billionaire told the newspaper that he had given $1 million to Jones’s group and was considering donating more. 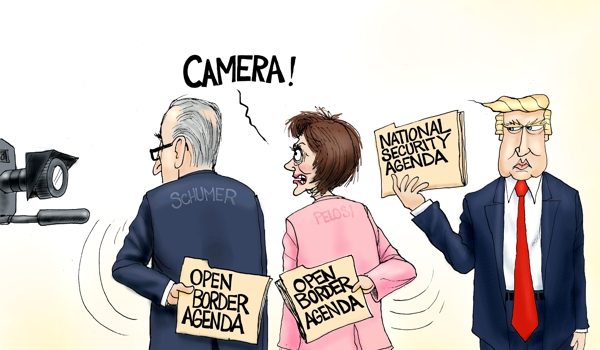