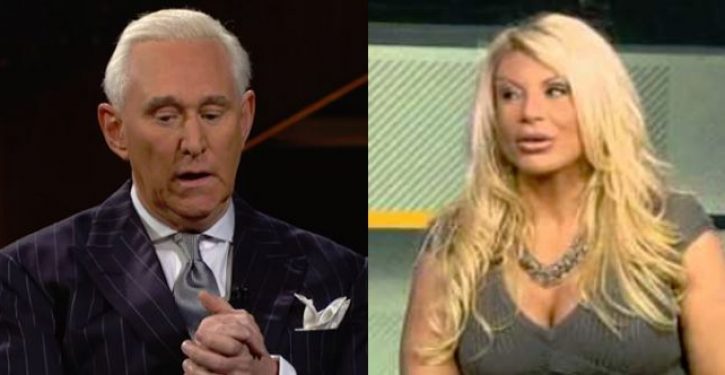 A former New York gubernatorial candidate who once operated a high-end escort service, Kristin M. Davis, testified over the summer to a grand jury in the special counsel’s Russia investigation that she overheard left-wing comedian Randy Credico admit that he was a back channel between Trump confidant Roger Stone and WikiLeaks.

Davis, a longtime friend of Stone’s, told The Daily Caller News Foundation that she testified on Aug. 10 that she “heard the tail end of a conversation where Credico was trying to impress upon Roger not to disclose his name.”

That makes her the third grand jury witness who has testified in support of Stone and against Credico, who has publicly denied being a link between WikiLeaks and Stone.

Speculation has swirled for months over the special counsel’s interest in Davis, who is known as the Manhattan Madam for operating an escort service that she claims was used by former Democratic New York Gov. Eliot Spitzer and other politicians. Davis has discussed some of her interactions with Mueller’s team in the past but has not previously revealed that Credico, a comedian and radio show host, was a topic in her grand jury appearance.

She is among around a dozen current and former Stone associates who have been interviewed by the special counsel’s office or testified to the grand jury.

The conversation in question occurred in May 2017 at a duplex that Davis shares with Stone in New York City. Stone and Davis have known each other for around a decade, and Davis has done media relations work for Stone in the past, though not in 2016.

Mueller, the special counsel, is investigating what Stone and other Trump associates may have known about WikiLeaks’s plans to release emails stolen from Clinton campaign chairman John Podesta. (RELATED: Here’s Everything We Know About Roger Stone, Randy Credico, And WikiLeaks)

Stone has claimed that Credico was his source of information that WikiLeaks planned to release documents that would be damaging to the Clinton campaign. The longtime GOP operative claims that, while he had vague insight into WikiLeaks’s plans, he did not know the source or content of the WikiLeaks documents.

Credico has publicly denied being a conduit between Stone and WikiLeaks. He has also claimed that he testified the same before Robert Mueller’s grand jury on Sept. 7.

But Davis and at least two other grand jury witnesses who also spoke with TheDCNF have disputed Credico’s denials. Davis, who also met with prosecutors on July 25, suggested that her interactions with Mueller’s team was one factor in a subpoena issued for Credico.

“My providing Randy Credico as Roger’s source was news to them, clearly,” she told TheDCNF.

Stone introduced Credico to Davis in 2010 when she ran for governor of New York. Credico ran on Davis’s “Anti-Prohibition Party” ticket for the U.S. Senate seat held by Democrat Chuck Schumer.

Davis described Stone and Credico as longtime “frenemies.” She said that the pair got into a fist fight at a campaign event in 2010 after Credico began heckling her. While Davis says she did not forgive Credico following the incident, Stone did, and the pair re-established contact during the 2016 presidential campaign.

Davis’s testimony is similar to that provided by two other grand jury witnesses, David Lugo and Tyler Nixon.

On Nov. 13, 2017, Stone told the House Intelligence Committee that Credico was his back channel to WikiLeaks.

In addition to testimony from Davis, Lugo, and Nixon, text messages that Stone made public on Nov. 14 also undercut Credico’s denials.

“Julian Assange has kryptonite on Hillary,” Credico wrote to Stone on Aug. 27, 2016.

“Hillary’s campaign will die this week.”

Credico also expressed concern that Stone would identify him as his link to WikiLeaks.

Credico has vigorously denied another claim made by Stone. Stone has said he believed Credico’s WikiLeaks source was not Assange, but rather a WikiLeaks attorney named Margaret Ratner Kunstler.

Credico referred to Kunstler in text messages he sent to Stone.

A left-wing activist attorney, Kunstler represents both WikiLeaks and Credico. Credico also described her to Stone as one of his “best friends.” The pair at one point lived together as friends in her New York City loft.

Despite that connection, Credico denied in an April 13 interview with Yahoo’s Michael Isikoff that he knew any of WikiLeaks’ American attorneys.

“I don’t know any lawyers in this country that actually represent Assange,” Credico said. “I know three of his lawyers. They all live in London. I met them last year when I met Assange for the very first time, face-to-face, which was on Sept. 13, 2017.” 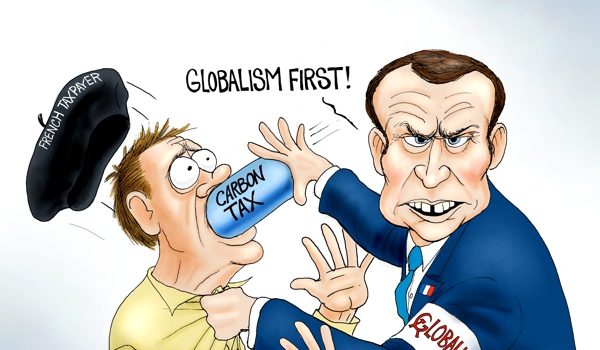 Cartoon of the Day: Poison pill
Next Post
How would President Beto O’Rourke handle the border crisis?