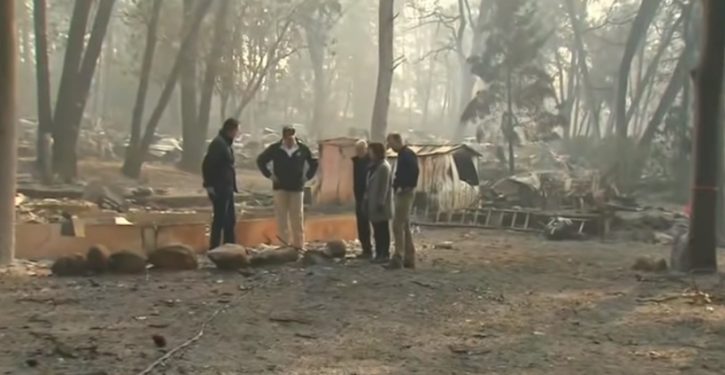 Despite what Democratic California Gov. Jerry Brown and environmentalists say, man-made global warming is not a big factor in the wildfires raging across California, according to a veteran climate scientist.

“Global warming is a profoundly serious threat to mankind, but it has little impact [on] the Camp Fire and many of the coastal California fires of the past few years,” Mass wrote on his blog Tuesday.

“And blaming global warming takes attention away from the actions needed to prevent such  tragedies from happening again,” Mass wrote.

Large wildfires seem to have increased in frequency in some parts of the state, and the devastating Camp Fire reignited the debate over the role global warming has in all of it. (RELATED: More Wildfire Victims Join Lawsuit Against California’s Biggest Utility)

Brown said in a press conference earlier in November, “those who deny” global warming were contributing to the fires. While he recognized forest management was important, Brown said it “does not stop climate change.”

“The chickens are coming home to roost. This is real here,” Brown said.

“It is more than unfortunate that some politicians, environmental advocacy groups, and activist scientists are attempting to use this tragedy as a tool for their own agenda, make the claim that the Camp Fire was result of global warming,” Mass wrote.

The Camp Fire was likely sparked by faulty power lines and was driven by strong Santa Ana winds, according to Mass. Santa Ana winds are a natural feature of California’s climate, caused by the difference in pressure between the high desert and low-lying coast.

But Mass also addressed one of the most common arguments made by proponents of global warming-induced fires: Rising temperatures is drying out vegetation, turning them into wildfire fuel.

“The truth is that California is quite dry during nearly half of the year and that fuels such as grasses, bushes and small vegetation dry out during any typical summer,” Mass wrote.

California is full of vegetation that dries out in as little as an hour, meaning that even rainfall the previous day wouldn’t do much to stop fuels from becoming fire kindling.

“Thus, they dry very quickly, such as when Diablo winds start to blow,” Mass wrote. “This kind of small diameter fuels is known as chaparral in California, and there was a lot of such ground cover north and east of Paradise.”

The Camp Fire destroyed most of the town of Paradise, displacing about 27,000 people. While the Camp Fire’s cause is still unknown, the utility PG&E reported faulty power lines in locations where the fire is suspected to have first broke out.

“The fuels are plenty dry enough to burn already. That is why the handwaving argument that global warming is contributing to the fires simply don’t make sense,” Mass wrote.

Mass said “the Paradise area was a ticking time bomb” because of the areas long history of wildfires and the fuel build-up in the region. Mass also said there weren’t adequate warnings for those in the fire’s path.

“There was a huge influx of population into a wildland area, which had burned many times in the past,” Mass wrote. “Previously logging and fires had left a conduit of highly flammable grass and bushes, through which fire could move rapidly. Flammable, non-native invasive grasses had spread through the region.”

“The list is long,” he wrote. “And global warming should not be on the list if we are to focus on the real problems.” 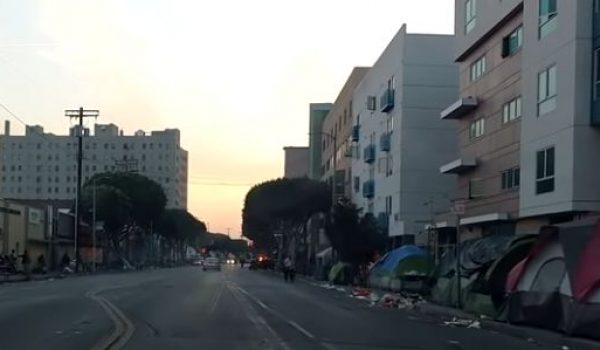