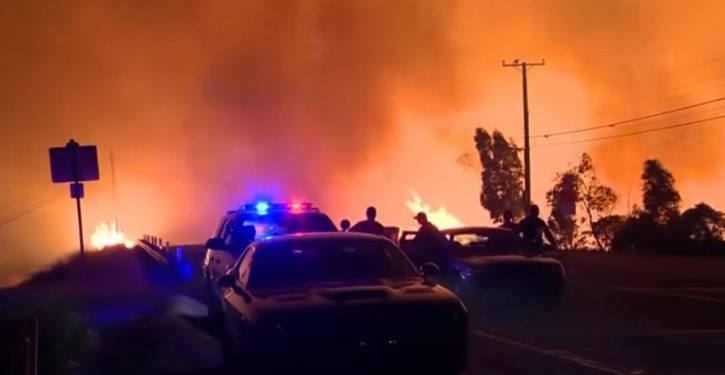 California Gov. Jerry Brown’s decision to veto a 2016 bipartisan bill aimed at mitigating wildfire risks from power lines and utility equipment has become the focus of critics as fires rage across the state.

Wildfires have scorched more than 221,000 acres across California since Thursday, and Brown’s critics are pointing to the two-year-old veto as news reports suggest power lines may have sparked the deadliest wildfire in California’s history.

“He has done nothing to harden those assets,” state Sen. John Moorlach, a Republican, told The Daily Caller News Foundation. (RELATED: Jerry Brown Is ‘Not Correct’ About California Wildfires, Scientist Says)

Moorlach sponsored the 2016 bill, called SB 1463, which would have given local governments a bigger role in putting together fire risk maps with the California Public Utilities Commission (CPUC) and Cal Fire, the state’s firefighting agency.

The bill also required the CPUC to work with utilities to mitigate wildfire risks, including putting transmission lines underground if necessary. The bill passed through both state legislative chambers, but Brown vetoed the bill in September 2016. Brown said state officials “have been doing just that through the existing proceeding on re-threat maps and re-safety regulations.”

Two years later, Moorlach said the state agencies and utilities have made little progress in mitigating the risk of wildfires faced by communities across the state.

“Well they’ve been working on it for like eight years and they haven’t gotten it done. This is really simple stuff,” Moorlach said. “Utilities are just sort of hanging onto the money.”

Journalist Katy Grimes also criticized Brown’s veto. The conservative journalist tweeted that “Brown had many chances to address CA’s increasing wildfires since his election in 2011, but instead chose to play politics.”

Brown, however, did sign legislation in September that would dedicate some funds raised through California’s cap-and-trade program to forest management. Moorlach support the bill, but said Brown should have acted sooner to mitigate wildfire risks.

Brown has largely framed wildfires as the product of man-made global warming. On Sunday, Brown said “those who deny” global warming contributed to the fires.

Moorlach said Brown’s concern about the climate was “inconsistent” with his 2016 veto.

The 135,000-acre Camp Fire destroyed thousands of structures, including engulfing the entire northern California town of Paradise. The Camp Fire resulted in at least 42 deaths, making it the deadliest blaze in state history.

It’s not clear what exactly caused the fire, but local media reports suggest PG&E power lines may be to blame for the deadly fire.

PG&E said it had problems with a power line minutes before the Camp Fire started. Landowner Betsy Ann Cowley said PG&E needed to access to her property in Pulga because “they were having problems with sparks.” The fire started on Cowley’s land.

In southern California, the 96,000-acre Woolsey Fire killed at least two people as it made its way to the iconic beach city of Malibu. Utility SoCal Edison said “a circuit relayed out of the Chatsworth Substation about two minutes before the blaze broke out,” CNN reported.

SoCal Edison reported to state officials that “at this point we have no indication from fire agency personnel that SCE utility facilities may have been involved in the start of the fire.”

Brown’s office did not respond to TheDCNF’s request for comment. 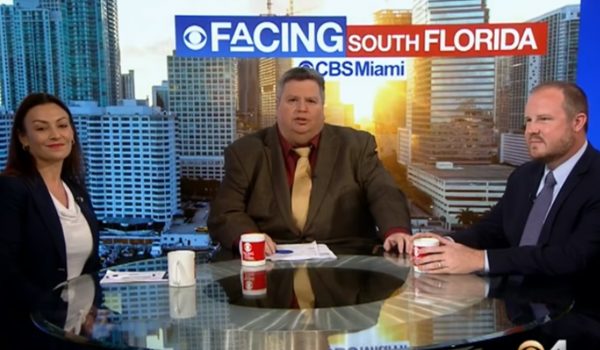 The reason – yes, you want to know this – why the recount for FL agriculture commissioner matters
Next Post
Jim Acosta sues Trump, claiming president has damaged his ‘future career prospects’