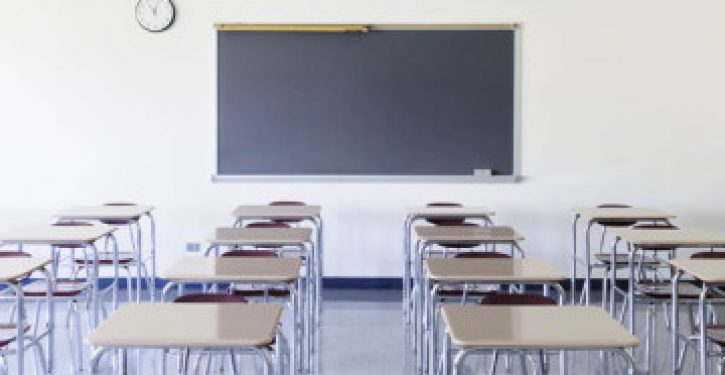 Remember when school was a place where you learned basic essential skills that would prepare you for life? Some schools still teach this subjects but poison young minds by indoctrinating them so they will embrace liberal ideas.

Such is the case in Florida where a high school teacher included a question on his students’ vocabulary exam that portrays conservatives as bigoted, anti-immigrant, sexists.

The exam was fill-in-the-blank style and the question under scrutiny tested students’ knowledge of the term volte-face, which means an abrupt and complete reversal of attitude.

One of the students taking the exam is a founding member of the school’s Republican club. Imagine his surprise when he reached question 7, which read:

Right when it appeared the nation was becoming increasingly tolerant of alternative lifestyles, immigration, and minorities, the vocal and angry right-wing forced the nation to make a complete ________, embracing bigotry, xenophobia, and sexism.

Imagine how out of touch one has to be to paint all conservatives using all of those hateful terms. “It leads people to believe that anyone who leans toward the Right — they’re a sexist or racist or a bigot,” one student’s mother said. “That happens a lot of times. We hear those kinds of things. We are not, and this doesn’t help.”

After she posted an image of the questions, she received feedback from other parents who agreed the wording was out of line. School officials seemingly agreed as well, saying they were handling the matter internally and adding the teacher should remember the “importance of exercising good judgment when facilitating subjects that are of sensitive nature.”

The SJC School District sent this letter *exclusively to @ActionNewsJax –It was sent by the St. Augustine HS principal, to the teacher involved. It reminds the teacher about following the Principles of Professional Conduct & exercising good judgement. pic.twitter.com/tirJRSr5eJ

Handling it internally appears to have amounted to a letter of reprimand, comparable to a slap on the wrist.

Liberals in the Education System

This is the product of allowing liberals to exploit our children’s education system to promote their world-view. They pose questions, topics, and policies that they don’t consider to be offensive, narrow-mindedly assuming that all “intelligent” people will be on board.

There are a myriad of examples.

One school in South Carolina tried to ban the American Flag at football games. A Virginia school recently banned the name “Jesus” from their “winter concert.”

Earlier this year, a newly printed AP U.S. History textbook contained passages on the 2016 presidential election that suggest that President Trump was viewed as mentally unfit by some experts, while repeatedly portraying his supporters as racists.

In case you didn’t think there was an effort going on in public schools to indoctrinate kids with an anti-conservative agenda, a friend of mine took pictures and highlighted parts of this AP US History book. pic.twitter.com/rj2AN3MIqI

Unfortunately, since most school administrators think the same way, there is little hope of bringing about a constructive change. 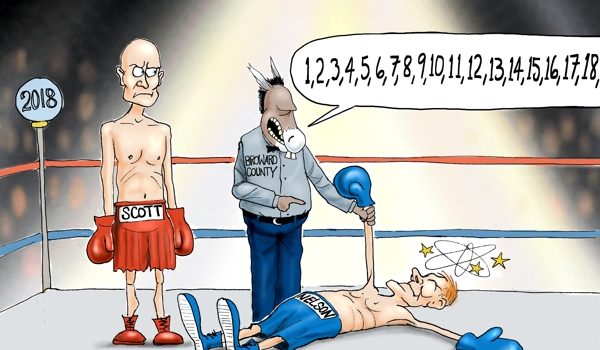 Cartoon of the Day: Down for the count
Next Post
Yes, caravan still ‘hundreds of miles away’ but it is dwarfed by daily illegal border crossings