At age 29, Alexandria Ocasio-Cortez is the youngest woman ever elected to the U.S. House Of Representatives, having edged out previous record holder Elise Stefanik, who was elected at age 30 in 2014. Ocasio-Cortez will be 29 at the start of the 116th Congress. Whether Ocasio-Cortez is the least intelligent person ever elected is open to debate, though during her brief times in politics she has made some incredibly lame-brained comments, several of which are summarized here.

On Wednesday she was at it again, explaining to a crowd of loyalists that after she is “inaugurated on Jan. 3,” she will get to work the following day “signing health care” into law and much more into law. To demonstrate her enthusiasm for her new job, she mimed the act of writing in air, signing this imaginary bill and that one.

You can see the clueless crowd’s response in the video that follows, beginning at around 0:28. The sound quality isn’t great and Ocasio-Cortez is not that articulate a speaker to begin with, especially when ad-libbing, but you can get the general drift by watching.

So who’s going to tell her (1) that members of Congress are not inaugurated — an honor reserved solely for presidents and vice presidents — and (2) that Congress members do not get to sign bills into law? It is true that they affix their names to bills they author or co-sponsor, but the president is the only member of government with a pen (and, if his name is Obama, a phone).

The night previous to this public appearance, Ocasio-Cortez was a guest on the hard-left cable program “Democracy Now!” During the interview, host Amy Goodman proved she had a sense of humor by asking the very-wet-behind-the-ears Ocasio-Cortez whether she had designs on becoming the next speaker.

“Who do you think needs to lead the House?,” Goodman asked. “And would you consider the possibility of being the speaker yourself?”

“I mean, I don’t want to bite off more than I can chew,” Ocasio-Cortez replied, laughing. “I just won my seat.”

Now all she has to do every day upon reporting for work is remember which seat is hers.

How long before voters and the David Hogg-adoring Left realize what a tremendous embarrassment to the party this ditz is?

Jeff Sessions might run for old Senate seat in Alabama
Next Post
What doesn’t work: After the mass shooting at a California nightclub; 13 dead, 21 injured 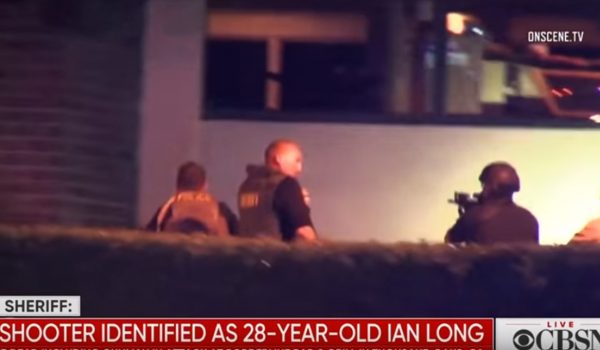