It’s high time that Michiganders stop believing what Democrats say and start watching what they do. As a border state, Michigan has seen its share of problems with contraband streaming across the border, particularly dangerous drugs like fentanyl. In fact, Fentanyl is killing more people in Macomb County than heroin. In 2017, about three-quarters of fatal overdoses in Wayne County were tied to fentanyl, and the statewide share of overdose deaths tied to synthetic opioids also has risen dramatically.

Numerous government agencies including the Department of Homeland Security and U.S. Immigration and Customs Enforcement (ICE) agency are working to protect citizens, yet those are the two agencies that Democrats seeking to run Michigan want to eliminate.

Gretchen Whitmer, the Democrat nominee for governor and her running mate, Galvin Gilchrist, have both endorsed radical proposals that would leave Michiganders exposed and vulnerable to drug lords and human smugglers.

In August, Whitmer was asked directly whether she supported the elimination of ICE and she said yes. Her running mate, former organizer for the liberal group Moveon.org, has questioned the need for and very existence of the Department of Homeland Security, the government agency tasked with protecting the nation from terrorism.

Stu Sandler, the Executive Director of the Super PAC Better Jobs Stronger Families said, “Gretchen Whitmer and Garlin Gilchrist support reckless policies that would make it easier for illegal immigrants to obtain drivers licenses. The Whitmer-Gilchrist ticket also support the elimination of the Department of Homeland Security and the U.S. Immigration and Customs Enforcement Agency, which would be catastrophic and a real threat to public safety. Whitmer and Gilchrist are too big a risk for Michigan.”

This is a clear example of the extremism that the Democrats have placed at the top of the ticket. But it isn’t the only example to policies that would hurt taxpayers, weaken law enforcement, and leave citizens vulnerable and unprotected, particularly when it comes to the issue of illegal immigration.

In addition to supporting measures that would eliminate key government agencies, both Whitmer and Gilchrist have endorsed proposals that would provide drivers licenses to illegal aliens. As a state legislator, Whitmir voted to provide illegals official government drivers licenses, and Gilchrist lobbied for amnesty for the 20 million illegal aliens currently in our country.

In case they haven’t noticed, there is a caravan of over 10,000 migrants working its way through Mexico, determined to enter the United States. Democrats, who used to endorse policies designed to protect working men and women, have either endorsed their arrival or ignored the issue all together. Whitmer and Gilchrist have done both: They have endorsed every policy changes that would open our borders while ignoring direct answers when confronted about their positions.

Republican Bill Schuette is determined to keep their feet to the fire. He lit into Whitmer during their recent debate, promising to never allow Michigan to be transformed into a sanctuary state like California. When asked about her radical positions regarding ICE and sanctuary states and cities, Whitmer demurred and refused to answer the question. Schuette’s three-part plan for protecting Michigan includes securing the borders, enforcing the law, and banning sanctuary cities, which cities like Lansing have endorsed.

You cannot have it both ways. You cannot run for governor while supporting policies which would undermine law enforcement, leave citizens vulnerable to drug lords and kingpins, and advocate positions which clearly undermine the law. Yet that is what the Whitmer-Gilchrist ticket are doing, sacrificing safety for ideology. Michiganders must pay close attention before it is too late.

Michael Daugherty, is director at The National Cyber Security Society and author of “The Devil Inside the Beltway: The Shocking Expose of the US Government’s Surveillance and Overreach Into Cyber-security, Medicine and Small Business.” 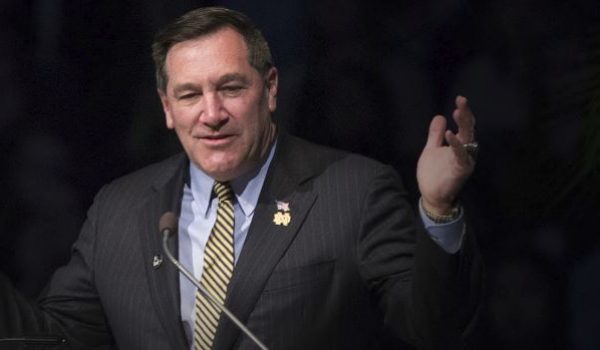 Dem senator’s ‘racist’ gaffe, and the games we play
Next Post
Cartoon of the Day: Who’s running 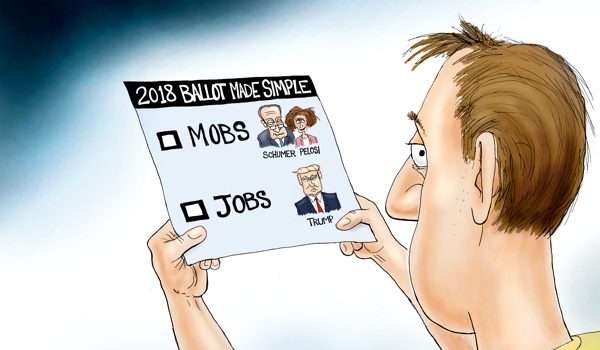