The United Nations, membership in which along with $1.50 will buy you cup of coffee in most diners, is reading the riot act to Donald Trump.

A spokesman for the UN Refugee Agency (UNHCR) told Voice of America that the American president is duty-bound to allow the caravan into the United States so that each migrant can make his case for asylum:

Despite the fact that some caravan members have dropped out and begun the journey back to their country of origin, while a few others have accepted Mexico’s offer of asylum, the number of migrants pressing forward toward the U.S. is now estimated at 10,000. Compounding the problem of processing that number of applicants is the fact that as of January the U.S. Citizenship and Immigration Services (USCIS) was facing a crisis-level backlog of 311,000 pending asylum cases.

On top of everything else, as Breitbart notes, many caravan migrants freely admit that they are traveling to the U.S. to seek jobs, which is not a condition for being granted asylum. Others are re-entering the U.S. as previously deported illegal aliens, while still others are fleeing crimes in their homeland.

Meet the billionaire who is poised to become the richest governor in the U.S.
Next Post
Sen. Claire McCaskill calls Mo. state senator a ‘crazy Democrat’; called ‘piece of sh*t’ in return 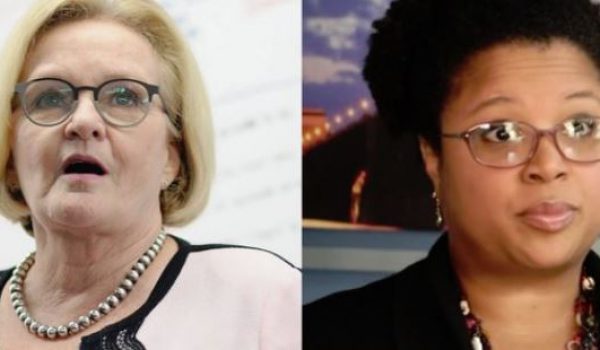