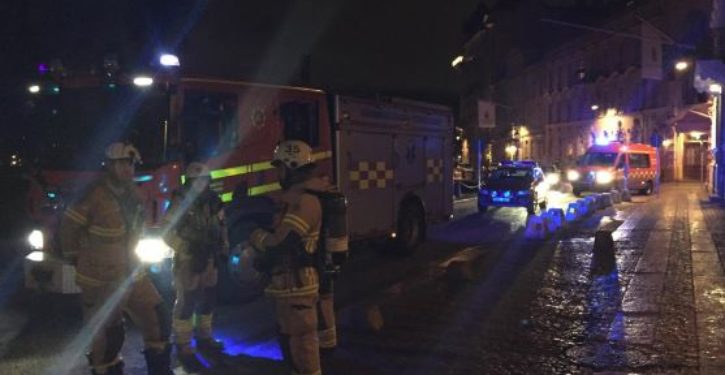 The world is getting better in many ways. But not in terms of religious freedom. A fatal mass shooting just occurred at a Conservative synagogue in Pittsburgh. Twelve people were shot, including three police officers, and four people have died.

This means American synagogues may have to be protected by armed guards, as is necessary in my wife’s native France. Her relatives there, like many French Jews, tend to avoid public displays of Judaism for their own safety. Anti-semitism has risen in France. Jewish religious schools and synagogues have to be guarded, due to deadly attacks by Islamic extremists in cities like Toulouse, where three children and a teacher were murdered. Anti-Semitic bullying is widespread in French public schools. It was once rare. Now, Jewish students face “harassment, insults, and assaults.”

Anti-semitism is also spreading among Britain’s political left wing. As we noted earlier, Jeremy Corbyn, the leader of England’s Labour Party, has a good chance of being England’s next Prime Minister, despite being an anti-Semite and a defender of totalitarian foreign dictatorships. As The Atlantic reports, Britain’s Labour Party is standing by him, despite “revelations that Corbyn had likened Israel to the Nazis, and that he had attended a controversial wreath-laying ceremony at the grave of a terrorist behind the massacre of Israeli athletes in Munich.” As The Atlantic’s Yasmeen Serhan notes, Corbyn is guilty of “openly singling out Britain’s Jews … for in his view not being British enough.”

Anti-semitism has also risen in other European countries. For example, there was a firebomb attack on a synagogue in Sweden.

Religious freedom means the freedom to debate religious doctrines and discuss religious figures without censorship or government reprisals. But the European Court of Human Rights shamefully refused to defend this basic human right in a an October 25 ruling in E.S. v. Austria. Its ruling upheld Austria’s fining a woman for making statements about Muhammad and his marriage to the child bride, Aisha, even if what she said was historically accurate. The European Court’s decision thumbed its nose at Article 10 of the European Convention of Human Rights, which is supposed to protect freedom of expression.

Freedom of religion has shrunk over the last few years in the world’s two most populous countries, India and China. China afforded very little religious freedom to begin with. In what is probably the world’s biggest violation of religious freedom, China’s despotic government has forcibly detained hundreds of thousands of people from its Uighur Muslim minority in sinister “re-education” camps. Whole families have been detained, and whole neighborhoods emptied. A frightening BBC report is found at this link.

Left reacts to capture of mail bomber by calling Trump ‘terrorist sympathizer,’ worse
Next Post
Where will asylum seekers in the caravan stay while their cases are being decided?