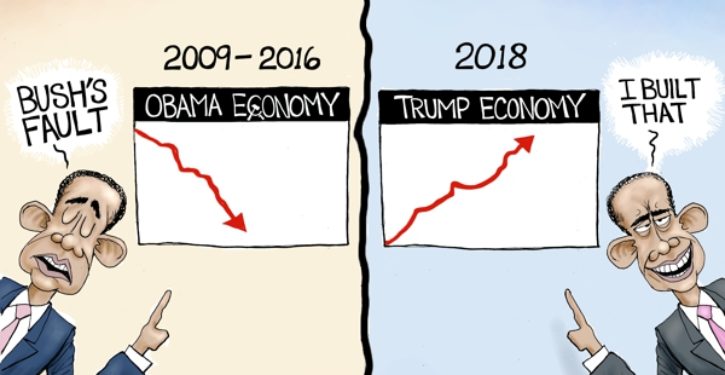 The U.S. economy grew by a healthy 3.5% in the third quarter of 2018. As Ed Morrissey notes, “For the first time in more than three years, the US economy grew at an annualized rate of 3% in GDP in two successive quarters. The third quarter expansion measured 3.5% following Q2’s 4.2%.” As the Associated Press observes, “The result was slightly higher than many economists had been projecting. It was certain to be cited by President Donald Trump as evidence his economic policies are working.” As CNBC notes, inflation also remains low:

The U.S. economy grew at a faster-than-expected rate in the third quarter as inflation was kept in check and consumer spending surged, according to data released by the Commerce Department on Friday. …

The department said the PCE price index, a key measure of inflation, increased by 1.6 percent last quarter, much less than the 2.2 percent increase expected by economists polled by StreetAccount.

Unemployment recently fell to 3.7%, the lowest since 1969. Minority and disabled workers have made major job gains.

The Trump administration has helped fuel economic growth by bringing an end to the wave of burdensome and unnecessary new red tape issued by the Obama administration. That red tape often confused businesses and made them more reluctant to hire people due to increased costs. Since 2017, employers have been able to hire new employees and make new investments without worrying as much that the ground rules will change and make them regret their earlier decision.

As Wayne Crews of the Competitive Enterprise Institute noted in 2017, Trump has pruned unnecessary regulations more vigorously than any president since Reagan. And over “1,500 Obama rules in the pipeline but not finalized were withdrawn or delayed.” Crews says this focus on “cutting red tape is exceptionally good news for consumers, businesses and the economy.”

In recent years, “the U.S. federal regulatory burden has amounted to nearly $2 trillion annually. This amounts to a hidden tax of nearly $15,000 per household in a given year.” Pruning more regulations “would jumpstart the economy, finally resulting in the economic relief Americans have been waiting for: more jobs and higher wages. It would also help small business owners, driving more growth, investment, and productivity.”

However, the strong economy may not last. Many Obama-era regulations were so burdensome or politically risky that the Obama administration issued them in 2016, but with compliance dates in 2017 or 2018. That created an economic time-bomb for the incoming Trump administration. Although the Trump administration tried to delay the compliance dates of these costly regulations, liberal judges have blocked some of the delays based on procedural technicalities, such as the failure to solicit comment from the public before doing so. (It can take two years to repeal or alter a regulation through a formal notice-and-comment rule-making process).

When Obama took over from Bush in 2009, liberal think tanks such as the Center for American Progress claimed that a new administration’s delays of agency rules issued in the waning days of the previous administration didn’t require an agency to go through “notice and comment” before the delay could go into effect. But after Trump unexpectedly won the 2016 election, liberal think tanks and interest groups changed their tune. With liberal backing, special-interest groups sued the Trump administration, and got liberal judges to block some of the Trump administration’s delays based on the very procedural requirements that liberals previously claimed didn’t apply.

With Trump picking new judges to fill over 100 judicial vacancies, the federal judiciary may get more conservative. As a result, the administration may get a more sympathetic hearing in future challenges to the administration’s delay or repeal of economically-harmful Obama-era regulations.

But that depends on the U.S. Senate voting to confirm more conservative judges. The Senate is almost evenly divided between Republicans and Democrats now, and the Democrats are voting together against Republican nominees — not just against conservatives but even against well-respected moderate Republicans who served capably in the Bush administration. If the Democrats retake the Senate, they are expected to block any future appointments to the Supreme Court while Trump is in office. They are also expected to block virtually all appointments of judges to the federal appeals courts (and perhaps even to federal district courts), leaving many federal judgeships vacant. Initially, the Chief Justice would likely declare “judicial emergencies” in various regions of the country, but as the problem spreads, this would do little to help.

The stock market has fallen in the past month, perhaps reflecting political risks. As one commentator notes, socialism is gaining ground in the Democratic Party. For example, self-proclaimed socialist Julia Salazar unseated a Democratic incumbent. She did so even though she received plenty of negative press coverage of her highly-publicized lies about things such as her own background and family and political history.

According to a Gallup survey, 57% of Democrats have a positive view of socialism, while most don’t have a positive view of capitalism. Former President Obama recently endorsed self-proclaimed “Democratic Socialist” Alexandra Ocasio-Cortez for Congress. Even a liberal-leaning web site admits that her economic proposals would cost the country $42 trillion. That would bankrupt America. 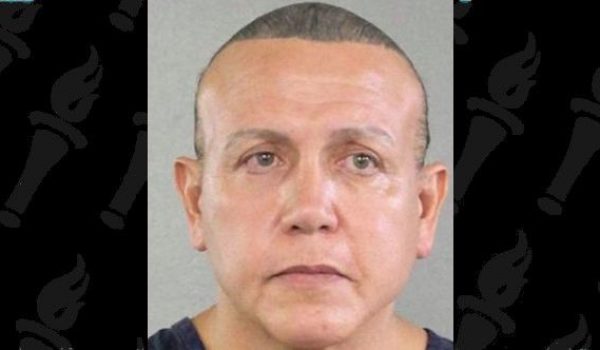 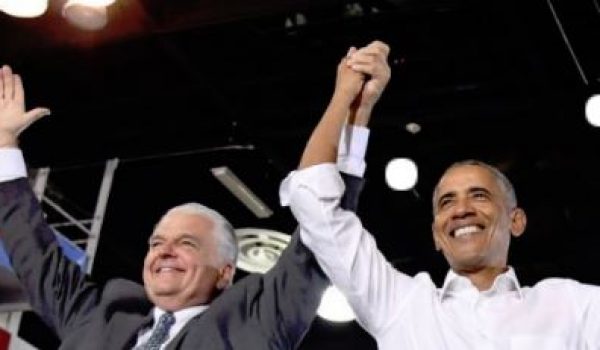