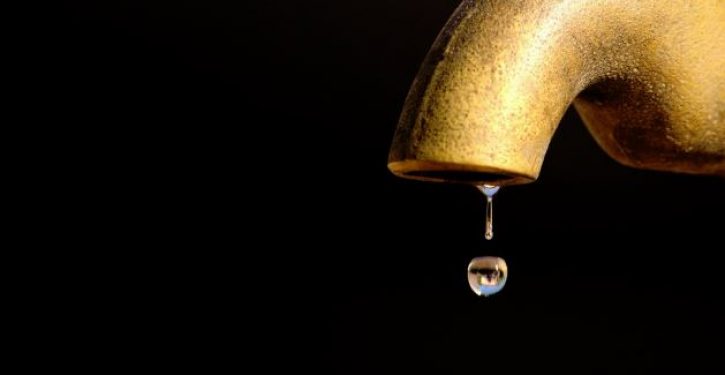 Less than two weeks out from Election Day, top operatives on both sides of the political aisle are admitting that any chance of capturing the Senate is slipping away from Democrats, while the House battle continues to tighten.

In fact, the Associated Press reports that the vaunted “blue wave” may not come to pass at all.

Citing a bevy of lawmakers, pollsters, and aides, the AP report reveals any thoughts of a massive sweep of both Houses of Congress by the “resistance” party are looking to be little more than a pipe dream.

“In the closing stretch of the 2018 campaign, the question is no longer the size of the Democratic wave,” they wrote. “It’s whether there will be a wave at all.”

Republican enthusiasm is surging across GOP strongholds, and leading Democrats now fear the battle for the House majority will be decided by just a handful of seats. https://t.co/IRr55ouNnc

While generic ballots show a slight edge for Democrats across the board, specific key battles are starting to shift to the benefit of Republicans.

A recent NBC/WSJ poll shows a tightening in support across the country based on President Trump’s improving favorability numbers as well as high approval ratings for the Republican party’s handling of the economy.

Democrats have a 53-42 percent edge in the generic ballot for the House. But inside the 66 districts that are tossups, or only leaning, that lead evaporates into a 46-47 D v. R race. https://t.co/B2VelNrN5Z

Democratic pollster Paul Maslin admits there is no longer a high likelihood of his party taking over the Senate, noting Democrats would have to pick up two new seats and hold on to seven other in states that tend to lean Republican.

“If it had been a different year, with a different map, we might have had a terrific sweep,” Maslin said. “That would be a long shot.”

The AP also notes the president’s improving popularity but further mentions the Kavanaugh confirmation fight and a renewed interest in border security as having energized the Republican base.

Corry Bliss, executive director of the Congressional Leadership Fund, a super PAC “dedicated to protecting and strengthening the Republican Majority in the House of Representatives,” believes the House is still up for grabs as well. He cites the enthusiasm generated when Democrats went all in to falsely accuse Supreme Court Justice Brett Kavanaugh of being some sort of serial sexual predator.

“The polling momentum that began with the Supreme Court confirmation hearings has continued, and the environment has continued to improve,” Bliss said. “Twenty races that will decide the majority remain a coin-flip.”

The term “coin-flip” applied to what was once a “blue wave” has to be sending the Democrats into apoplectic fits.

There will be plenty of conflicting information and polls leading up to the midterms, but one thing is clear – the struggle for control of the House and Senate remains up in the air. Anything can happen over the next couple of weeks. 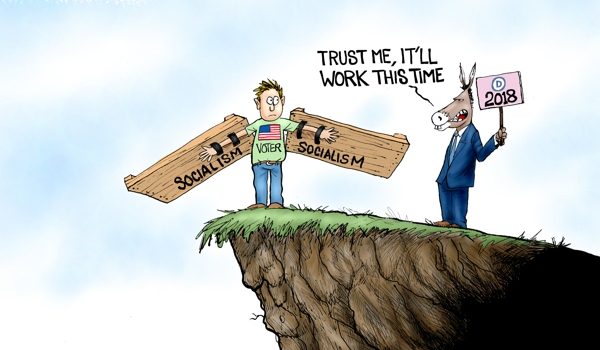 Cartoon of the Day: Leap of faith
Next Post
Democratic leaders reject President Trump’s call for unity after bomb scare