Ah, the humanity! Once again, the Left is fixated on the humanitarian crisis as another caravan made up of thousands of migrants, this time mostly from Honduras, makes its way north to the U.S. border. Reporting that “1,000 are now stuck … on Mexico’s southern border as authorities refused to let the group cross en masse,” USA Today laments their plight, writing “the migrants … say they are escaping poverty, poor working conditions and violence.”

Let’s assume that’s true — that a video of migrants in a queue receiving cash before they embark on their long journey is not some obscene political stunt but an act of human charity from an unidentified donor. Ignoring that, the fact remains that most of the Central Americans who make it as far as the U.S. border will attempt to cross it between ports of entry. Over 300,000 migrants did precisely that in 2017.

A question that needs to be asked is “Why?” Why is the first inclination of an oppressed people seeking refuge to commit a crime rather than show up at a border station and be legally accounted for? A related question is “Why are liberals indifferent to this fact?”

Liberals claim the issue of immigration has become a political football, and indeed it has. But it is the Left that made it that way. In 2003, Hillary Clinton declared on a New York radio show that she was “adamantly against illegal immigration.” Listen for yourself.

Others on the Left also appeared to understand illegal immigration is a costly problem. The U.S. spends nearly $150 billion a year on illegal aliens, and that’s just in terms of tax dollars and remittances.

So why now is the Left now pretending that illegal aliens are a boon to the economy?

One of the most tone-deaf arguments on illegal immigration ever advanced by a liberal was made by CNN anchor Chris Cuomo in June of this year. Arguing that the poem by Emma Lazarus inscribed on the base of the Statue of Liberty should be removed because it no longer represents our message to aliens, Cuomo attempted to equate the plight of illegals to that of the masses who emigrated here at the turn of the twentieth century.

What is missing from Cuomo’s argument is the  location of Lady Liberty and the significance thereof. The migrants who came from Europe were processed at Ellis Island, in sight of the colossal statue. Those deemed fit and free of disease received green cards and entered the U.S. legally, where most went on to apply for citizenship.

The people today who enter our nation from the South may, as Cuomo describes them, be “unclean, … unwanted, … poorly bred,” and “yearning to be free.” But wading across a shallow section of the Rio Grande or scaling a fence doesn’t have quite the cachet of descending a gang plank against the breathtaking sweep of the New York City skyline, headed, it is hoped, for home. 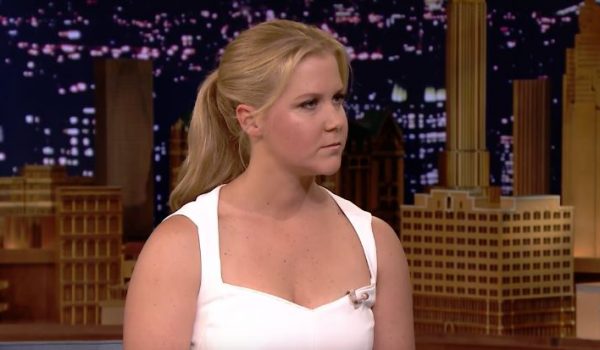 Threat or promise: In support of Colin Kaepernick, Amy Schumer won’t appear in Super Bowl ads
Next Post
If Wyoming’s a bellwether, Dems could be in for world of hurt: Thousands switch Party affiliation to GOP