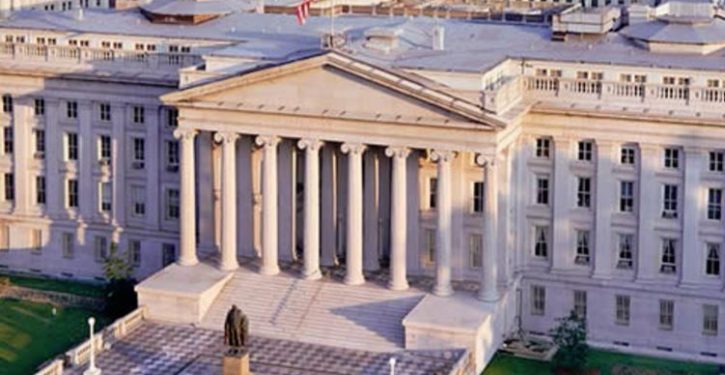 A U.S. Treasury Department official was arrested Wednesday and charged with providing a reporter with sensitive reports related to suspicious banking transactions of several Trump associates.

According to a government complaint, Edwards leaked documents of banking records for former Trump associates Paul Manafort and Rick Gates. She also leaked financial reports of Maria Butina, a Russian national indicted on charges of acting as an undercover Russian agent.

In that article, BuzzFeed reporters Anthony Cormier and Jason Leopold cited SARs filed against Rob Goldstone, an associate of the Agalarovs, the Russian family who sought the Trump Tower tryst. Goldstone, a music publicist by trade, contacted Donald Trump Jr. to arrange the meeting, which is now part of the special counsel’s investigation into possible collusion between the Trump campaign and Russian government.

BuzzFeed reported that after Goldstone was identified last year as the middle man for the meeting, his banks flagged payments that he received from the Agalarovs.

“I was someone whose personal and private regular banking details were leaked to BuzzFeed, in order to create a salacious story,” Goldstone told The Daily Caller News Foundation.

“Not only is it outrageous that this information was apparently leaked out of the Treasury Department, but BuzzFeed showed a complete disregard for the privacy laws in making personal transaction details public.”

“They are an example of the worst kind of sensational so-called investigative journalism,” he continued, saying that he is considering taking legal action.

According to the government complaint, which was filed in federal court in Manhattan, Edwards first met one of the reporters who wrote the BuzzFeed articles in July 2017. She began sharing “thousands” of banking records in October 2017, usually through encrypted messaging platforms.

She took photographs of some of the reports and sent them to the BuzzFeed reporter through encrypted messaging systems.

Prosecutors say that when questioned by investigators on Wednesday, Edwards “confessed that she had provided SARs to Reporter-1 via an encrypted application, though falsely denied knowing that Reporter-1 intended to or did publish that information through the News Organization.”

The government complaint also suggests that Edwards obtained some of the documents at the request of the BuzzFeed reporter, who is not identified in the complaint.

Prosecutors pointed to a text message exchange from last month in which Edwards appeared to search for records related to Prevezon, a Russian company under investigation by the Justice Department.

“EDWARDS was explaining that she had performed searches of FinCEN records relating to Prevezon, at Reporter-1’s request, in order to supply SAR information for the October 2018 Article,” the government complaint reads.

BuzzFeed published a report about Prevezon on Monday. A spokesman for the outlet declined comment.