Georgia Democratic gubernatorial candidate Stacey Abrams believes the much hoped for “blue wave” by her party will involve legal and illegal voters.

The so-called wave has been on the minds of the “resistance” party since President Trump took office. Belief in it is fueled by an assumption that hatred for the man in the White House will translate into energy at the voting booth and, thus, a Democrat takeover of both Houses of Congress.

Abrams wants you to know that energy comes from numerous sources – from people of all different races, religions, and sexual orientations. It’ll even involve “undocumented” aliens, in her view.

“The thing of it is, the blue wave is African American,” she said at a campaign event. “It is white. It is Latino. It is Asian-Pacific Islander.”

“It is made up of those who’ve been told that they are not worthy of being here,” Abrams added. “It is comprised of those who are documented and undocumented.”

The crowd dutifully shouted “Yes!” to the insinuation that illegals will be voting in the 2018 election.

Amazing????? Amazing she wants to include UNdocumented voters… guess that whole “must be an American to vote” thing in the Constitution is lost on THIS socialist runnin for office. Early voting starts today, GA; make a difference. https://t.co/vA9O2mLEJU

During an interview on Fox & Friends, GOP nominee Brian Kemp responded, emphasizing that “hard-working Georgians should decide who their governor is, not people here illegally.” Kemp, the current secretary of state in Georgia, has had to sit on 53,000 voter registration applications because the law dictates that information must exactly match an individual’s driver’s license or Social Security records.

Following the law in Abrams’s eyes means Kemp is, of course, racist. She has referred to Kemp as “a remarkable architect of voter suppression.”

In reality, if he were to allow processing of the questionable voter registrations then he’d be committing a crime. Choosing between either following the law or allowing illegals to vote is really more of a Democrat party platform, not one for reasonable adults.

After her controversial comments, Abrams tried walking them back saying she wasn’t simply referring to the act of voting itself, but rather, to the community as a whole.

The Blue Wave isn’t just about voting. It’s about a new era of American values – a day and age in which we value our families, our communities, and those who work for the American Dream. The Blue Wave is one of community building and solidarity.

But hey, I’m sure she wouldn’t mind a few thousand illegal votes to help the cause if it came down to it.

The California Department of Motor Vehicles recently conducted an internal audit showing upward of 1,500 customers had been improperly registered to vote, some of whom were non-citizens.

And in Texas, a 38-year-old Mexican citizen was accused of stealing the identity of an American and using it to vote illegally.

Fears of illegal voters participating in the “blue wave” have been on the minds of Republicans for some time now. President Trump has frequently railed against voter fraud in his own election, claiming millions may have voted illegally.

The truth is, most election fraud occurs at lower levels where candidates forge signatures to get their names on ballots rather frequently.

In June, Charisse Daniels, a Democrat running for a state Assembly seat in Wisconsin, was accused of forging at least 15 signatures on her nomination papers. Daniels was featured in a CNN report about women inspired to run for office to oppose President Trump.

The truth is illegal votes will occur and will contribute in some way to the “blue wave.” 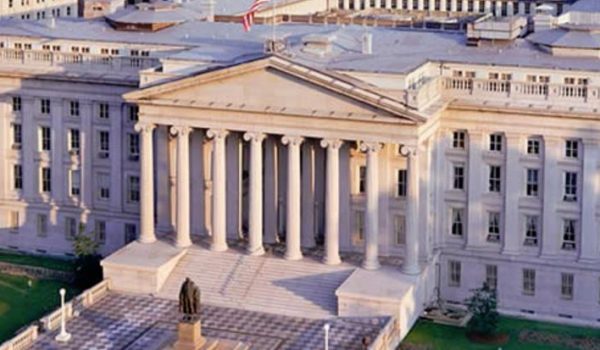 Treasury Dept. official leaked financial records of Trump associates to BuzzFeed
Next Post
Yes, Harvard has different SAT score cutoffs based on race, sex, but that’s not the whole story