“There are no moderate Democrats, basically left,” said Democratic National Committee chairman Tom Perez on October 8. He may not have intended to say this to MSNBC viewers, but it is certainly true about Democrats in Congress. As we noted earlier, the Democrats have lurched so far to the left that Democratic elder statesmen such as former President Jimmy Carter have warned against their ideological shift. But today’s Democrats are ignoring his warnings. According to a Gallup survey, 57% of Democrats have a positive view of socialism, unlike capitalism. Democratic primary voters replaced several veteran legislators with avowed socialists in some safe Democratic seats in 2018.

Not a single Democrat in the U.S. Senate is a moderate by historical standards. A few pretend to be, but that is just to get reelected in a state that the GOP carries in presidential elections, by fooling moderate or conservative voters into voting for them.

Democrats in states that that Trump carried in the 2016 election will sometimes vote to confirm someone Trump nominates, but they only do this if the Republicans already have enough votes to confirm that person, making any additional votes from Democrats unnecessary. And they won’t even do this for positions Democrats view as their political property, such as the Justice Department’s Civil Rights Division. For such positions, the Senate Democrats vote as a bloc against any moderate or conservative nominee, to make sure that no one is there who can check the abuses committed by left-wing bureaucrats.

Every single Senate Democrat present voted against the bland moderate Republican Eric Dreiband, who was nominated to head the Civil Rights Division. As a result, he was confirmed in a party-line vote. Not a single so-called moderate Democrat in the Senate voted for him, which isn’t surprising, because none of them are actually moderate at all. Trump’s nomination of Dreiband was an olive branch to moderate Democrats, but alas, none exist anymore in the Senate.

Dreiband had previously served very effectively — and without controversy — as the EEOC’s general counsel under the Bush Administration, handling discrimination lawsuits against private sector companies. The Civil Rights Division does similar work: it brings discrimination lawsuits under those very same laws against state and local governments. Indeed, Dreiband was the most effective general counsel ever.

As a career civil servant at the EEOC noted:

Eric’s results as EEOC general counsel include successfully managing a national litigation docket of about 500 cases and leading approximately 300 career attorneys in the fight to eradicate employment discrimination in the private sector. Under his leadership, the EEOC filed more lawsuits, resolved more lawsuits and recovered more money for victims of discrimination than at any other comparable period in modern times, according to litigation data over the past two decades which is available on EEOC’s website.

Despite Dreiband’s being completely qualified for the position, Senate Democrats delayed his confirmation for over a year after he was nominated. They opposed him first and foremost because after working at the EEOC, he represented big companies sued for discrimination, while working for a private law firm. This is a ridiculous reason to oppose someone. Many Democratic-appointed judges have represented big companies in labor and discrimination cases before being appointed to the bench. Consistent with due process, companies deserve to be able to have a lawyer to defend themselves against discrimination charges, most of which are rejected by judges, juries, or civil-rights agencies even in fairly liberal venues. Only a socialist would think that a corporation has no right to legal counsel when it is accused of discrimination. Only a left-wing radical would think all big companies are guilty of discrimination simply based on an accusation.

Other well-qualified Bush administration veterans appointed to civil-rights posts under the Trump administration have also been confirmed on party-line votes, without a single Democratic vote. For example, Trump’s nominee to head the Education Department’s Office for Civil rights had run that exact office in the Bush administration, as well as running the civil-rights office in the Department of Housing and Urban Development. He could not possibly have been more qualified for the job.

But he got not a single Democratic vote, despite having headed a Jewish civil-rights group, and having served as staff director of the U.S. Commission on Civil Rights. Senate Democrats seem to have feared that he might actually enforce the limits on affirmative action laid down by the Supreme Court in its decisions in Gratz v. Bollinger (2003) and Parents Involved in Community Schools v. Seattle School District (2007).

When Senate Democrats do vote for a GOP nominee, it is only because they know the nominee has enough other votes to pass without their vote being needed. Senator Joe Manchin of West Virginia, which Trump carried by a wide margin, was the lone Democratic Senator to vote for President Trump’s most recent Supreme Court nominee. He waited until after it was clear that that nomination would have enough votes to pass even without his vote — because swing vote Susan Collins said she would vote for the nomination — before he cast his unnecessary vote for it. Every other Senate Democrat voted against that nomination. And they would have done so regardless of the 11th-hour allegations against the nominee, which changed not a single Senator’s vote (with the possible exception of Senator Murkowski). Senate Democrats privately harbored doubts about those allegations, and thus deliberately kept them secret until the last minute, hoping to use last-minute charges to delay the confirmation and prevent any GOP nominee from being confirmed until after the election — not just the particular one they voted against.

Senate Democrats politically used the complainant, Dr. Ford, who might simply have expected that her allegations would lead to the withdrawal of that nominee, and his replacement by another Trump nominee — rather than those allegations being used as a last-minute tactic to prevent any GOP nominee from being confirmed before the Senate changed hands. Ford only requested confidentiality from the Democratic Senator she spoke to “until we have further opportunity to speak.” Thus, notes the Weekly Standard:

[Democratic Senator Dianne] Feinstein had a month and a half to speak with her constituent and determine a reasonable course of action. That shouldn’t have been hard. Allegations, anonymous and otherwise, are made against nominees with some regularity, and there is a process for dealing with them. The ordinary course of action is for the chairman and ranking member of the committee, together with their staff directors, to hold a confidential meeting and determine if the matter merits further probing by the FBI.

But that was the last thing that Feinstein, who harbored doubts about the charges, wanted. The Weekly Standard says that a prompt investigation would “almost certainly have resulted in the FBI finding no corroboration for Ford’s claims, in which case the matter would have ended quietly.” But even if the FBI had found differently, the nominee would just have been replaced with another GOP nominee such as Raymond Kethledge or Amul Thapar. The confirmation of such a GOP judge — any of them — was what the Senate Democrats — including the so-called moderates who aren’t — wanted to avoid at all costs.

If the Democrats retake the Senate, they are expected to take radical measures, such as blocking any future appointments to the Supreme Court while Trump is in office. They are also expected to block virtually all appointments of judges to the federal appeals courts (and perhaps even to federal district courts), leaving many federal judgeships vacant. Initially, the Chief Justice would likely declare “judicial emergencies” in various regions of the country, but as the problem spreads, this would do little to help.

While Jimmy Carter has warned against the Democrats’ leftward lurch, another former president, Barack Obama, is going with the flow and migrating to the left. He recently endorsed self-proclaimed “Democratic Socialist” Alexandra Ocasio-Cortez for Congress. But even a liberal-leaning web site admits that her economic proposals would cost the country $42 trillion. That would bankrupt America.

Democrats now support costly measures even when they know those measures will wipe out jobs and harm the economy. That is illustrated by a recent poll of California’s Democratic-leaning electorate. The liberal Los Angeles Times reports that “Californians strongly back the state’s minimum wage increase to $15,” even “though they believe the wage hike will hurt their pocketbooks and the state’s economy,” and “high percentages of those surveyed expected negative consequences, including layoffs and business relocations to states with lower minimum wages. Almost 90% of respondents believed that prices for consumers would rise because of the wage hike.”

Most economists say that a $15 minimum wage is a bad idea, one that will increase unemployment, especially among young people, and harm businesses, especially small businesses (even labor economists who are liberal on social issues and reliably vote for Democrats tend to think it is a bad idea). An economist at Moody’s calculated that up to 160,000 jobs will be lost in California’s manufacturing sector alone from the increase to $15.

A sharp increase in the minimum wage in left-leaning Venezuela recently caused 40% of that nation’s stores to close, costing workers their jobs. In 2016, the Democratic Party platform proposed increasing the minimum wage to $15 — even though such an increase would wipe out many jobs, as Hillary Clinton once admitted. As a liberal-leaning website that preferred her to her opponents put it, “Hillary Clinton knows a national $15 minimum wage is a bad idea. She endorsed it anyway.”

The great Facebook purge: Soros’s signature tactics and the crisis in social media
Next Post
Dems urging their party members to ‘fight in the streets’ goes back further than you think 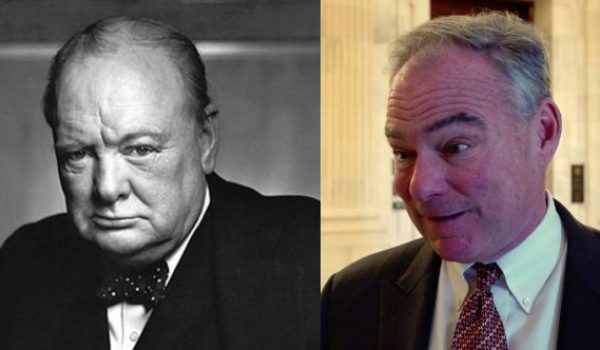