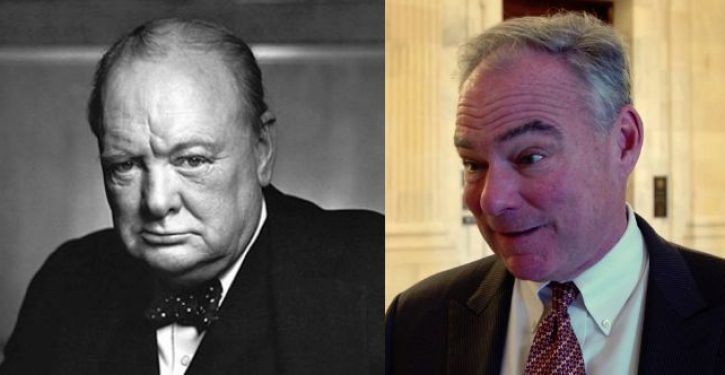 As the Democrats face their first major electoral challenge since their last, which they lost to Donald Trump, many in the party continue to harbor a troubling sense that what they need is to beat Trump at his own game. After all, in 2016, he captured 52% of the white female vote, and much as the Left would like to dismiss white women as traitors to their sex, the nearly 39% of the U.S. population that is female and Caucasian is too large to ignore come Election Day.

So what exactly is the mojo that propelled Trump to the White House? Some Democrats have assumed, wrongly, that it’s profanity. In truth, Trump seldom swears, which made a 2017 profile of Sen. Kirsten Gillibrand in a New York Magazine that was peppered with f-bombs look especially ridiculous. (The New York Democrat even tried uttering an f-bomb aloud in her mousy soprano while the cameras rolled. You can see for yourself here how well that went down.)

Another tack Dems have taken is condoning mob violence against Republicans and conservatives, if not out-and-out inciting it (think Maxine Waters). Although we tend to think of this as a recent development, arising out of a growing and festering discontent with Trump, Democrats have been advocating a street-fight mentality since shortly after the 2016 election. In January 2017, Sen. Tim Kaine, fresh off his frustrated bid to become vice president, appeared on  “Morning Joe.” Co-host Mika Brzezinski posed a “broad question about the future of the Democratic Party, especially given your firsthand experience with what we’ve all been through”:

There’s so much going on here that we clearly see, you know, places where you — we can criticize what the administration is doing, but how does the party rebuild? How do you prevent overreach in a situation like this? How do you prevent a continuation of the bubble in a situation like this, and how does the party reclaim its reach across the country while fighting these battles?

Channeling Winston Churchill’s “blood, sweat, and tears” speech, specifically the portion that goes “We shall fight in France, we shall fight on the seas and oceans,” Kaine answered as follows (beginning at 4:39 in the video):

What we’ve got to do is fight in Congress, fight in the courts, fight in the streets, fight online, fight at the ballot box, and now there’s the momentum to be able to do this. And we’re not afraid of the popular outcry, we’re energized by it and that’s going to help us do our job and do it better.

In no small note of irony, Kaine’s own son, Linwood Kaine, was arrested two months later for disrupting a peaceful Trump rally at the Minnesota State Capitol.

The problem with refusing to condemn the boorish and at times-criminal behavior of groups like Antifa is twofold for Democrats. First, many in their party are turned off by displays of violence, regardless of why they are being carried out. Second, it further explodes the myth that Democrats are the keepers of the flame of civility. In a little over three weeks, we’ll find out how successful the Dems’ “strategy” has been.

No moderate Democrats left in Congress
Next Post
We should fear and loathe the 2020 campaign. Here’s why