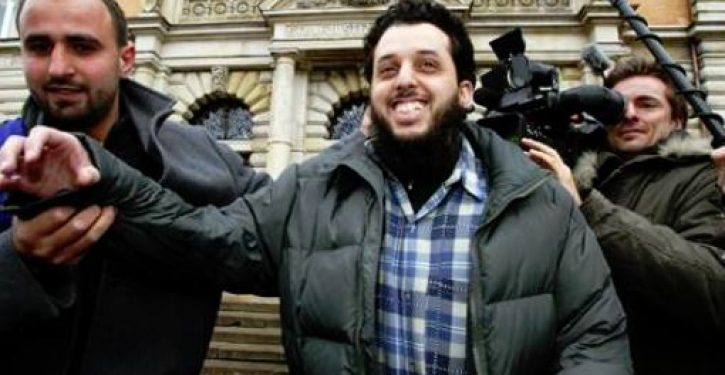 Never forget 9/11? Germany already has. According to the Daily Mail, on Monday, German officials released 44-year-old Mounir el-Motassadeq, who had been convicted of helping the 9/11 suicide pilots carry out their deadly mission on Sept. 11, 2001.

A member of a group of radical Islamists based in Hamburg, in northern Germany, Motassadeq was found guilty in 2003 of having handled the finances of several of the pilots and concealed their whereabouts. He even witnessed the will of Mohamed Atta, the man who steered a jetliner filled with fuel and passengers into the  North Tower of the World Trade Center.

He was originally sentenced to 15 years in prison after a German court found no evidence that he had been directly involved in the attacks, according to the German wire service Deutsche Welle. At the time of his release yesterday, he had served 12 of those years.

Motassadeq will now be sent to Frankfurt and from there he will be deported to his homeland of Morocco, where his wife and children still live. “Once in Morocco,” the Daily Mail notes, “Motassadeq will be a free man, however, experts say he is likely to be closely monitored by local authorities.”

Media biased in favor of Elizabeth Warren on ancestry claim despite compelling evidence against it
Next Post
Alec Baldwin calls for ‘overthrow’ of U.S. government, which he says is ‘legal’