Republican lawmakers have hinted for months that the FBI failed to provide federal judges on the surveillance court with information that undercut the government’s premise for opening the Trump-Russia probe in 2016.

Republicans have suggested in interviews that the information related to George Papadopoulos, the former Trump campaign adviser whose conversation with an Australian diplomat prompted the FBI to open its investigation into the Trump campaign.

Texas Rep. John Ratcliffe provided Sunday the clearest picture to date of what the FBI allegedly withheld from the surveillance court.

Ratcliffe suggested that the FBI failed to include evidence regarding former Trump campaign adviser George Papadopoulos, in an interview with Fox News.

Ratcliffe noted that the FBI opened its investigation on July 31, 2016, after receiving information from the Australian government about a conversation that Papadopoulos had on May 10, 2016, with Alexander Downer, the top Australian diplomat to the U.K.

Downer claimed that Papadopoulos told him that Russians had derogatory information on Hillary Clinton.

But Ratcliffe, a top member of the House Judiciary Committee, suggested on Sunday that the FBI and Justice Department had information that contradicted its intelligence on Papadopoulos.

“Instead, what happened here was Department of Justice and FBI officials in the Obama administration in October of 2016 only presented to the court the evidence that made the government’s case to get a warrant to spy on a Trump campaign associate,” he added.

The FBI obtained a Foreign Intelligence Surveillance Act (FISA) warrant against another Trump campaign aide, Carter Page, on Oct. 21, 2016. The application for the warrant relied heavily on the unverified Steele dossier to assert that Page was acting as a foreign agent of Russia. Page has vehemently denied the allegations.

The FBI’s FISA applications also referred to Papadopoulos, but the documents are so heavily redacted that it is not clear why he is mentioned.

Other Republican lawmakers have hinted that intelligence exists which exonerates Papadopoulos, who has pleaded guilty to lying to the FBI about contacts he had with a Maltese professor named Joseph Mifsud.

Ratcliffe said that declassification of a batch of FBI and Justice Department documents “would corroborate” his claims about the Papadopoulos intelligence.

Republicans have pressed President Trump to declassify the documents, which include 21 pages from a June 2016 FISA application against Page. House Intelligence Committee Chairman Devin Nunes has said that the FBI failed to provide “exculpatory evidence” in the FISA applications. He has also said that Americans will be “shocked” by the information behind the FISA redactions.

In backtracking from the request, Trump said that the Justice Department and two foreign allies had asked him not to declassify the documents. (RELATED: Trump Claims Foreign Allies Don’t Want Him To Declassify Russia Documents)

“My opinion is that declassifying them would not expose any national security information, would not expose any sources and methods,” said Ratcliffe. “It would expose certain folks at the Obama Justice Department and FBI and their actions taken to conceal material facts from the Foreign Intelligence Surveillance Court.” 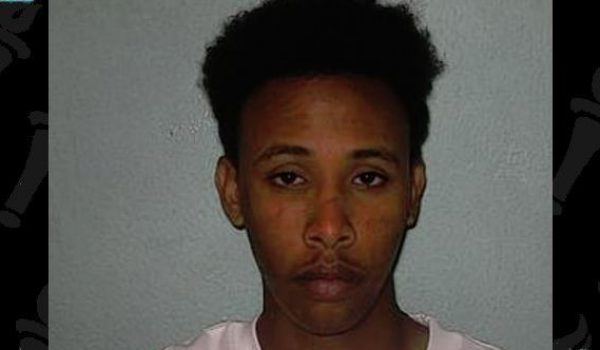 Airline passengers mutiny to keep Somali onboard from being deported; just one problem
Next Post
LU Nation reports: What one reader saw at the Trump rally in Topeka, Kansas