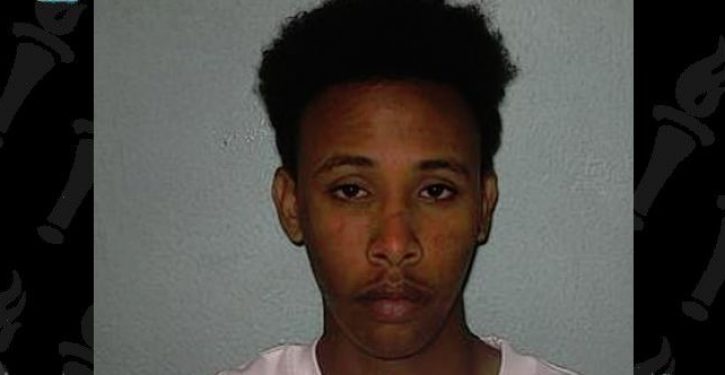 The will of the people prevailed. On Sunday, passengers aboard a Turkish Airlines flight from London to Ankara were so vigorous in their protest to the deportation of a Somali that they effectively prevented the plan from taking off. “They’re separating him from his family,” one passenger loudly complained, while others began chanting “Take him off the plane.”

The protest was effective, according to the Daily Mail:

When harassed security guards caved in and walked 29-year-old [Yaqub] Ahmed off the … flight, he was seen thanking those on board for their support as they cheered and applauded.

A video taken by one of the passengers’ cell phone captures the “rescue” for posterity.

But as the old saying goes, be careful what you wish for.

… [T]he passengers who thought they were doing a good deed were unaware that the man they were defending had been sentenced to nine years in jail for his part in a vicious gang rape of a teenage girl – and that another member of his gang later fought for Islamic State in Syria.

… Ahmed and three other youths preyed on a 16-year-old stranger after she became separated from her friends during a night out in London’s Leicester Square, in August 2007.

In a planned attack, they lured her back to a flat in Crouch End, North London, by pretending her friends were waiting for her there – then gang-raped her.

The gang, aged between 18 and 20, were caught when neighbours heard the girl’s cries for help and rang police.

Although the four men protested their innocence, DNA evidence proved they were guilty. The British government was doing UK taxpayers a favor by deporting Ahmed rather than incurring the expense of incarcerating him in a British prison. The geniuses on the plane may have succeeded in undoing that plan.