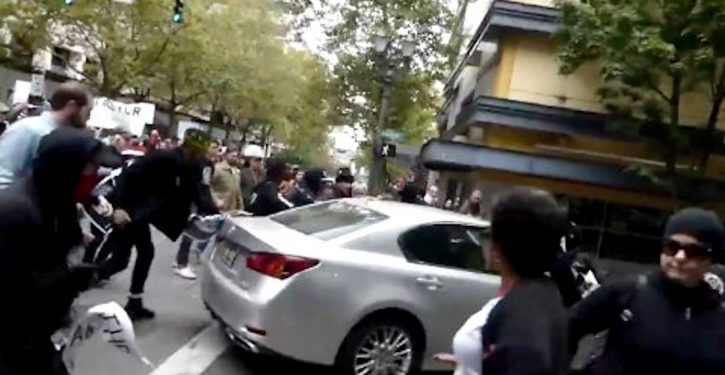 It’s not clear whether the Portland Antifa goons in these videos understand the effect they’re having.  One has to suspect they don’t understand it, since they keep clarifying for more and more Americans why the safest thing to do is keep government out of the hands of the Left.

Portland-area activist Andy Ngo posted video clips on social media of an Antifa mob in Portland taking over an intersection and arbitrarily “directing” traffic, demanding that drivers obey their directions (e.g., assuming police-style traffic-direction stances and signaling “orders” to turn right instead of going straight, as some drivers wanted to do).

In one clip, it appears that Antifa thugs actually did damage to an elderly man’s car.  In that case, he afterward made a quick right and sped up to get away from them, which enraged the mob.  Several people pursued him at a run, and when he stopped down the block to try to look at the damage, they descended on him shouting, with some waving batons menacingly.  As he got back in his car and drove away, the thugs continued to take whacks at the vehicle.

And here is video of an elderly man who didn’t heed their street orders — so they chased him down. #Portland https://t.co/AeXvhUKijO

The longer video shows a goon in a hoodie berating a middle-aged motorist as a “little white supremacist.”  “You’re a f**king whitey, aren’tcha?” the goon shouts.  “Get the f**k down the road!”  For added humor, the goon himself is a middle-aged white guy, dressed like a four-year-old in baggy camo shorts and toting a paper plate in the middle of the street with what looks like his lunch on it.

This is the type of street anarchy that routinely happens where I live. Here is video from 6 Oct showing Antifa directing traffic in downtown & threatening people who don’t obey with violence. Mayor @tedwheeler, who really runs this town? https://t.co/OgjZNByxat

One ends up pulling for the motorist in this encounter, who succeeds in irritating the goon squad beyond bearing by remaining where he is — instead of making a right turn as “directed” — and talking to someone on his phone.  It’s not clear who he’s talking to, but he says “the protesters are blocking traffic,” so it may be a 911 dispatcher.

Andy Ngo followed up later with a tweet indicating the elderly driver had filed a police report.  According to Ngo, citing KOIN news, “the police basically said they didn’t get involved to protect first amendment rights.”

Updates via KOIN news: The elderly man called police & filed a report after the incident. The person who made contact with the front of the car has not. And police basically said they didn’t get involved to protect first amendment rights. https://t.co/C4HoXjVK6e

Certainly the sense of safety for local residents doesn’t seem to matter. In another video from a week ago, an elderly woman in a motorized chair asked a Black Lives Matter/Antifa group to stop using the bullhorn one man had been shouting through for hours, just outside her apartment building.  Several of the “protest” mob swarmed her, berating her and gesticulating.  Two people intervened — it’s not clear if they were part of the mob or not — and were able to get the beraters to back off.

Stick with it to the end: the lady in the chair points out that someone started a gunfight recently by engaging in a shouting match in her street, and the raucous noise was making the people in the apartment building nervous.

Worth noting as well: we may not all agree on the things we mount protests over.  But when it’s done more respectfully, as it can be and is by groups from both the left and the right, it looks like “political protest,” as opposed to mob anarchy.  It does a disservice to the legitimate function of peaceful protest, to let disruptive vandals and people who harass old ladies wear the title of “protester.”

But hey: the more Antifa keeps this up, the more people will vote for Donald Trump.

The parody account Beverly Hills Antifa offered its own take on the pursuit of the elderly driver in the recent videos.

Portland Mayor Ted Wheeler is coming in for a lot of @-ing on Twitter.

When are you going to start enforcing the law Ted? Be forewarned…if Antifa punks threaten my life I will do whatever it takes to get myself to safety since apparently, the Portland police are willing to stand by and watch an elderly man be threatened@tedwheeler 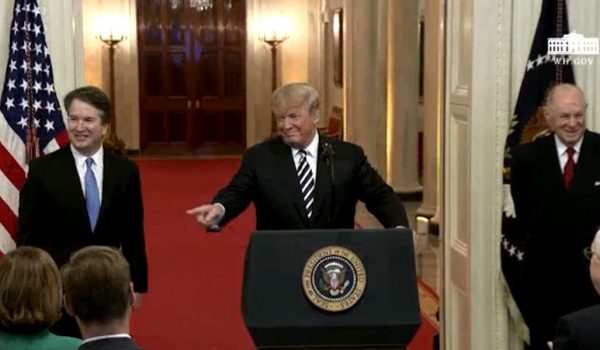 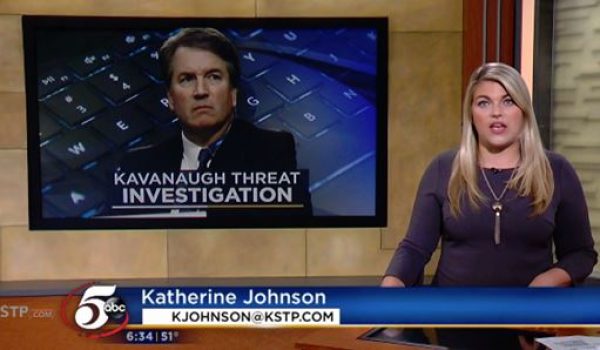