My, how the standards have changed!

The New York Times even sank so low as to run a story in which Kavanaugh got into a barroom scuffle that involved – gasp! – throwing ice. What an animal!

The media and the Democratic party weren’t always this prudish. There was a time when a man could hold the highest office in the land and it didn’t matter that he was an avid pot-smoker, drank heavily, or used other illegal drugs.

In fact, President Barack Obama was considered charming to many on the Left because he made some mistakes as a youngster.

A video from 2001 has resurfaced showing Obama freely admitting that as a high school and college student, he frequently partook in heavy drinking – to the tune of “a six-pack in an hour” – was a “thug,” and used illegal drugs.

“I didn’t take school that seriously,” Obama stated in the “History Makers” video. “I got into fights. I drank and did —and consumed substances that weren’t always legal.”

Remember, Obama admitted to cocaine use in his autobiography “Dreams From My Father.”

“I blew a few smoke rings, remembering those years,” he wrote. “Pot had helped, and booze; maybe a little blow when you could afford it.”

Obama on his adolescent years in a rare video of a 2001 interview:

-"I was a thug," a "mischievous child"
-"I got into fights."
-"I drank and did–and consumed substances that weren't always legal."
-"I might have drank a six-pack in an hour before going back to class" pic.twitter.com/fesvtAPtFH

Yet in the last several weeks, we learned that even the slightest hint of such behavior was enough to disqualify a distinguished judge from ascending to the Supreme Court.

Hell, we’d better retroactively impeach Obama if that is the case. 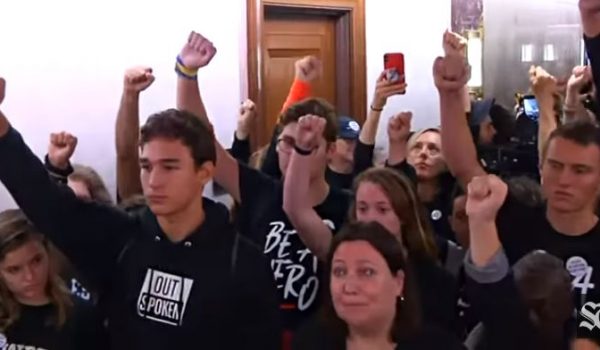