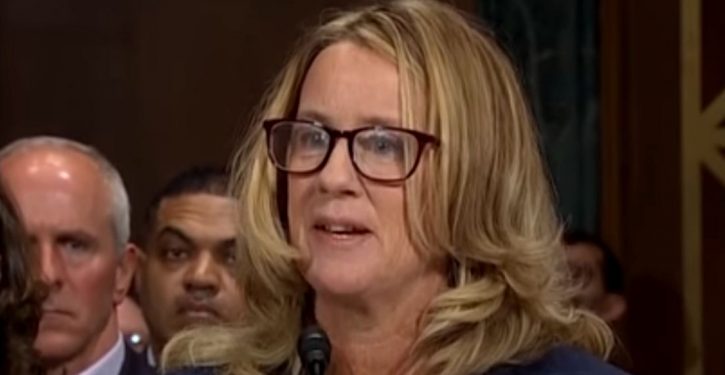 This probably isn’t what former FBI Director James Comey had in mind when he tweeted many months ago about justice rolling down like waters and righteousness like an ever-flowing stream.

But if you’re watching with clear eyes as the demented clown car of accusations against Brett Kavanaugh lurches drunkenly from lane to lane, it seems like the waters of justice are rolling down.  They’re just not going the direction Comey probably expected.  Instead of exposing the Trump administration, they’re relentlessly exposing the accusers of the Trump administration.

In the latest iteration of the Kavanaugh saga, an ex-boyfriend of Christine Blasey Ford is now refuting her statement during Senate testimony on September 27 that she had never “given any tips or advice to anyone who was planning on taking or preparing for a polygraph test.”

On October 2, the Washington Examiner reported that the Senate Judiciary Committee had received a letter from the ex-boyfriend, who knew Blasey Ford in the 1990s.  The Washington Examiner points out the obvious: that if the boyfriend’s claim can be backed up (i.e., by the person he names in the letter, a friend of Blasey Ford who was coached before a polygraph), Ms. Ford would be implicated in perjury.

Late on the 2nd, Fox News obtained a copy of the letter sent by the ex-boyfriend (h/t: Daily Caller).

The letter outlines a relationship that lasted from 1992 to 1998, and indicates the boyfriend “found her [Ford] truthful and maintain[s] no animus” against her.  The letter contains a mix of positive and negative information, with none of the latter being particularly significant.

The author says he never saw Ford show anxiety about flying or being in tight spaces.  According to him, she never mentioned an incident of sexual assault from her past. (This does not mean there was no such incident, as experts have explained in recent weeks. It is not uncommon for assault survivors to recover or disclose memories only years later.)

The passage of concern reads as follows:

During some of the time we were dating, Dr. Ford lived with Monica L. McLean, who I understood to be her life-long best friend. During that time,it was my understanding that McLean was interviewing for jobs with the FBI and the U.S. Attorney’s Office. I witnessed Dr. Ford help McLean prepare for a potential polygraph exam. Dr. Ford explained in detail what to expect, how polygraphs worked and helped McLean become familiar and less nervous about the exam. Dr. Ford was able to help because of her background in psychology.

Determining whether Ford committed perjury in her responses before the Senate committee would presumably entail interviewing Monica McLean, as well as the author of the letter. (His name is blacked out in the copy obtained by Fox, but is known to the Judiciary Committee.)

The point may be largely moot now, as an issue of both general credibility and insight into Ford’s familiarity with polygraphs.  The FBI’s supplemental investigation is reportedly expected to wrap up very soon, and there are enough questions about Blasey Ford’s credibility, at least as a witness to verifiable facts, without reopening the specifics on her polygraph statements.  (Moreover, people with polygraph expertise have already expressed concern about how Ford’s test was apparently conducted.  Her own prior knowledge of polygraphs and/or experience with them may not be the overriding issue.)

As with other aspects of this strange interlude, however, the boyfriend contradicting her testimony about polygraphs is another nail in the coffin of a narrative. It seems the greater the frenzy to attack Kavanaugh, the more the attackers — like the team of lawyers and politicians deploying Ford and the other accusers — just expose themselves. 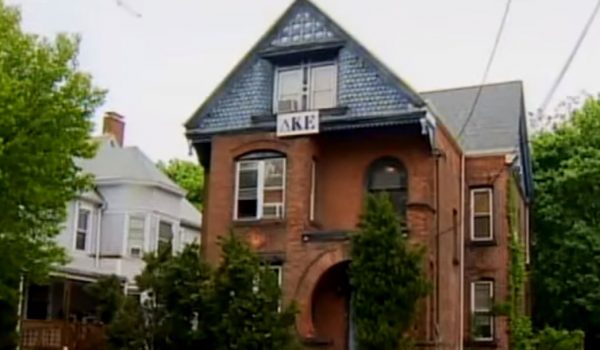 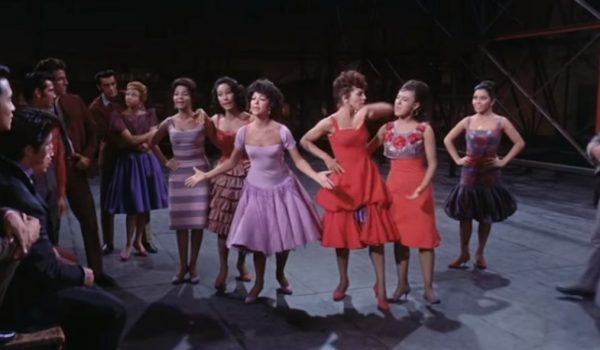