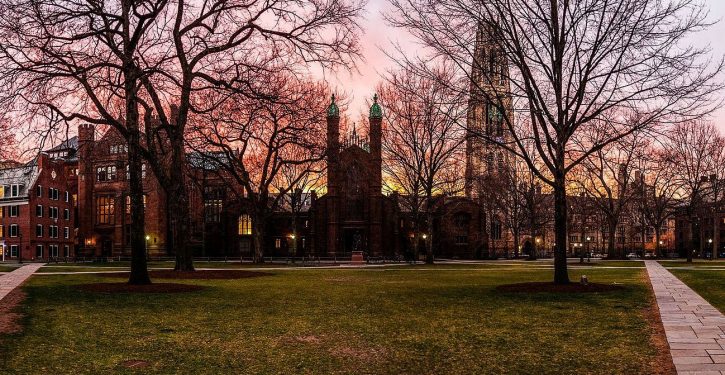 I heard this on the Rush Limbaugh Show Tuesday morning, while listening on the car radio running errands.  A woman who was at Yale with Brett Kavanaugh during his undergraduate years, from 1983 to 1987, called in to the show, identifying herself as “Jenny.”  She had very kind and laudatory words about Kavanaugh, but what really caught my interest was her description of being contacted twice by reporters, who were hoping to get dirt from her on her former classmate.

That’s not an unusual practice these days, but it still stands out when it is as egregious an attempt as “Jenny” recounted to put words in her mouth.  The first reporter, in particular, seems to have tried to manipulate her into signing on to ugly, negative characterizations about Kavanaugh.

You can listen to the complete audio using the link at the top of the page of the Rush Limbaugh website (link above).  Here’s the Limbaugh/EIB transcript of the first telling passage (emphasis added):

RUSH: So all of this that you’re hearing about him, it has to sound like nothing you experienced or knew. It has to sound strange and almost incomprehensible?

CALLER: Exactly. Exactly. I even had two reporters contact me. The Huffington Post called me yesterday and it’s so strange ’cause I will have [she was saying “I live” – J.E.] in Wyoming out in the middle of nowhere and reporters do not usually call me of all people. (giggling)

CALLER: They’re trying to get dirt on him. I’ve had this happen once over the summer, and the person who called — the reporter — in the middle of the summer, when I wasn’t able to give her any dirt, she started to lead me, just like leading the witness. She started suggesting terrible things that I should say about him, and when I wasn’t able to do that she started leading me down the road. “Can I say anything negative about the groups that he participated in, you know, the clubs that he was a part of while he was at Yale?” Again, I wouldn’t say anything negative about them as well. I didn’t have anything negative to say but he was really offended. The reporters are calling me, of all people, to get negative things to come up with, and it really makes me suspicious that these women who are coming forward have had something similar to them done to them as well, that somebody’s leading them and spurring them on and urging them.

Jenny got a second call from a Huffington Post reporter yesterday (apparently, Monday 24 September), in which she pushed back and turned the dialogue around.

RUSH: We’re back with Jenny in Wyoming, who was at Yale in residential college at the same time as Brett Kavanaugh for a number of years. Your call yesterday from the Huffing and Puffington Post, did they try the same thing yesterday? Did they try to lead you into answers they already had and were trying to get you to confirm?

CALLER: Honestly, I sort of directed the conversation earlier than giving her a chance to do that. It was a very young girl. I did ask her age. She was 28 and I was thinking, “This girl doesn’t know anything. She wasn’t even around during the Clinton era. She (unintelligible) history here,” and when I talked with her about it I turned around all the questions back onto her and asked her (crosstalk) —

CALLER: So I talked about how the reporter who had called me in the summer had been very manipulative and was leading. I asked her, “What does it mean to be a journalist and are you trying to create the news that you want to hear or are you actually asking about it and wanting to learn something honest and true and what is true?” So I think I probably surprised her with some of that. But (crosstalk) —

RUSH: What…? Whoa, whoa, whoa. What did she say when you asked her if she wanted to actually make news or actually learn something?

CALLER: Well, the reply to that was that we have to protect these women and that they have rights, too, from the angle of defending the woman. I talked about how in my opinion Brett Kavanaugh is the victim. He is truly the one being victimized, and I asked her how it would feel if you had worked all of your life and been a good person and had been conscientious and had done the right thing and had done something, a certain moment in your career been attacked wrongly, wrongly accused and how that would make her feel. Her response was that (garbled), well, he would still have a good job anyway. (laughing)

Limbaugh went on to make the point that, actually, Kavanaugh’s professional life on the federal bench will be over if he becomes roadkill in the Democrats’ staged attacks on him.  Which is probably true.

But it’s important to highlight that bolded sentence from the first passage.  It fits with other reporting of a similar nature that indicates the media and Senate investigators have been out beating the bushes trying to prompt old acquaintances of Kavanaugh to yield up dirt on him.

Things the old acquaintances can allege, without having to be questioned on them in-depth (or, perhaps, even flesh out the details of themselves), would certainly comport with the uncommunicative posture those acquaintances are exhibiting now.  Christine Blasey Ford remains elusive, dissatisfied with every accommodation made to facilitate her testimony — which is scheduled for Thursday, but reportedly in jeopardy once again because she doesn’t want a female prosecutor to do the questioning.

To be clear, the female prosecutor is friendly counsel.  She prosecutes sex crimes, virtually all of them against women, and is experienced in questioning traumatized female accusers with humanity and compassion.  The prosecutor’s tough tactics are used against defendants, virtually all male.  But Ms. Ford doesn’t want to be questioned by her — even though, initially, she also didn’t want to be questioned by the senators.

The second accuser, Deborah Ramirez, doesn’t want to talk to the Senate at all.  Her lawyer reportedly told Senate Republicans — according to Senator John Kennedy (R-LA) — “If you want our statement, read the New Yorker.”  (More below on that.)

Allahpundit at Hot Air, taking up a post by Robert Verbruggen at NRO’s The Corner, sorted through an interesting point about the Ramirez story, which is that it may well have been cued by emails circulating among Yale classmates after the Kavanaugh nomination was announced.  Both Allahpundit and Verbruggen want to see the emails. And I suggest we need to see them to determine what got them started.

As Jenny from Wyoming implied, it was pretty darn, um, thorough, for two different reporters to contact her and not just ask questions but try to lead her to agree to damning allegations.  Were the Yale classmates in the email chain(s) simply inspired to talk dirt about Brett Kavanaugh, or had they been prompted to by media reporters, who contacted all of them individually too?

One of the journalists on the New Yorker‘s Ramirez story, Ronan Farrow, also told Good Morning America that Ramirez only came out with it after she had been contacted by “Senate Democrats.”  (Who were probably staffers for the Democrats.)  This was Farrow’s statement:

“She came forward because Senate Democrats began looking at this claim. She did not flag this for those Democrats.

“This came to the attention of people on the hill independently and it’s really cornered her into an awkward position,” Farrow told “Good Morning America” on Monday.

If this is accurate, how did Ramirez’s claim “come to the attention of people on the Hill”?

Moreover, if it’s accurate, how does it square with the account given Tuesday evening by Ramirez’s lawyer, John Clune?

Clune first of all disputes the statement from Senator Kennedy that Ramirez is declining to testify.  But he also says (a) they’re trying to work with the Senate (he’s vague as to what that means), and (b) Ramirez came forward because she was contacted by Farrow.

I’m looking forward to speaking to Anderson Cooper tonight on @ac360 to discuss Deborah Ramirez’s claim. We have been working hard to cooperate with the Senate Judiciary Committee, but at this point have to point out some hard truths. 1/4

Deborah Ramirez only came forward after being contacted by Ronan Farrow and carefully working through her memories only to ensure her accuracy. We reached out to the Senate Judiciary Committee to schedule a call to discuss how best to bring them that information 2/4

and they have refused to meet all scheduled appointments. We have officially requested an FBI investigation and our client remains adamant that is the appropriate venue for her to discuss her trauma. 3/4

Ms. Ramirez is ready to swear to the FBI under penalty of perjury. Why won’t the Senate Judiciary Committee welcome that? 4/4

The common element here keeps being the media, seemingly in the background instigating things.  Which is not to say that congressional Democrats aren’t participating in the instigation.  But either way, the narrative of women coming forward, without prompting, to accuse Kavanaugh is taking serious hits.

Red state Dems aren’t joining the chorus against Kavanaugh
Next Post
Why are Dems so hot for an FBI probe of Kavanaugh allegations? Joe Biden could tell them they don’t need one 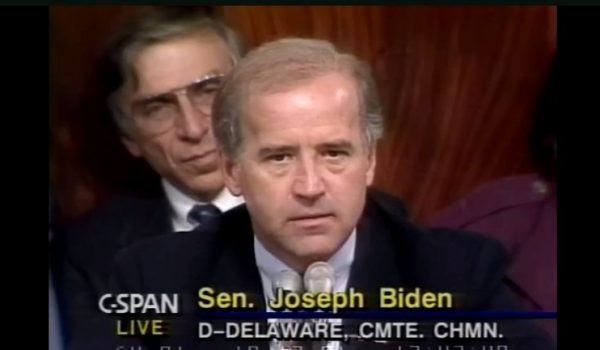