A Florida teacher claimed she was fired on Sept. 14 for wanting to give zeros instead of half credit to students who did not turn in any work. 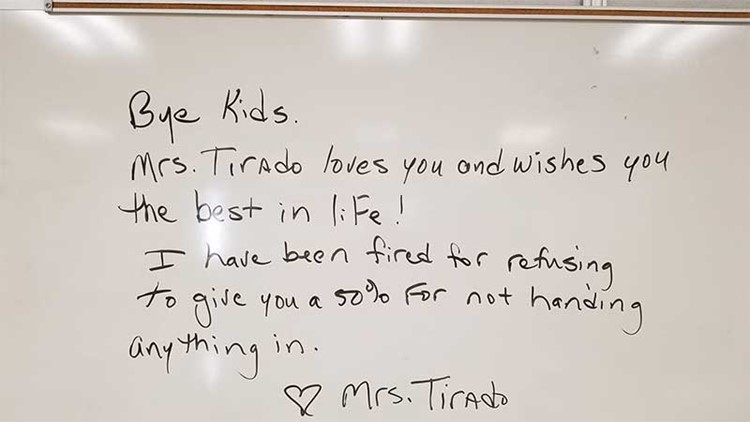 “Bye Kids, Mrs. Tirado loves you and wishes you the best in life! I have been fired for refusing to give you a 50% for not handing anything in,” she wrote on the whiteboard, according to a Facebook post from Tirado on Sept. 15.

Tirado discovered the “no zero” policy in the West Gate student and parent handbook after many of her students did not complete the assignment. The handbook showed a grading rubric with columns labeled as “Grade,” “Percent,” “Grade Point Average” and “Definition” from left to right. Letter grade A is between 90-100 points, B is 80-89, C is 70-79, D is 60-69, F is 50-59 and incomplete is 0.

Below the rubric in red uppercase letters said: “NO ZEROS- LOWEST POSSIBLE GRADE IS 50%.”

Tirado asked administrators what happened if students did not turn in any work. “We give them a 50,” the administrators allegedly said, according to Tirado, KPTV reported. “I go, ‘Oh, we don’t.’ This is not kosher,” she said.

“Teaching should not be this hard,” Tirado said in the post. “Teachers teach content, children do the assignments to the best of their ability and teachers grade that work based on a grading scale that has been around a very long time. Teachers also provide numerous attempts to get the work collected so they can give a child a grade.”

Kerry Padrick, the chief communications officer for St. Lucie Public Schools, said in a statement that Tirado was employed from July 30 to Sept. 14.

“She was contracted as a teacher on probationary status, and was terminated shortly after one month of classroom instruction,” Padrick said in a statement to WPTV.

The statement added that neither the district nor an individual school policy stopped teachers from giving zeros for work not turned in.

“You were right about not giving people 50s because why would you give them half credit for doing nothing?” one student wrote, according to WPTV.

Padrick gave a separate statement to The Daily Caller News Foundation over email, which said Tirado was not let go due to grading issues.

“During her brief time of employment at West Gate, the school fielded numerous student and parent complaints as well as concerns from colleagues,” Padrick said in the statement. “Based on new information shared with school administrators, an investigation of potential physical abuse is underway. In addition, her refusal to incorporate students’ Individual Education Plan (IEP) accommodations (a federal mandate) into her instructional practices was deemed defiant and put students at risk. Her dismissal was not a result of grading issues.”

Jimmy Kimmel hits below the belt … literally: says Kavanaugh needs his ‘pesky penis’ cut off
Next Post
Yale classmate of Kavanaugh tells Limbaugh show: Reporters contacted me, tried to cue me give them dirt 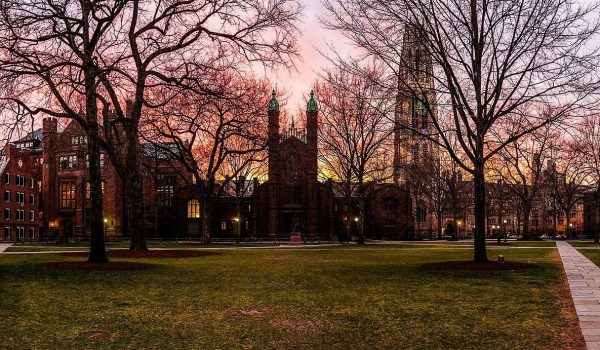