Democratic Arizona Rep. Kyrsten Sinema, a Senate nominee, fought to protect loopholes for men caught with child prostitutes on the grounds that some 12-year-old children can look like adults.

While serving in the state legislature, Sinema argued against eliminating a loophole that allowed men caught with child prostitutes to use the child’s appearance as a defense. She claimed it was “not fair” to get rid of the loophole.

“As a former social worker at an elementary school, there were children at my school, 12-, 13-year-old, and some of these children look older than me. They were much more, I mean, definitely sophisticated, developed,” Sinema said in a 2007 hearing.

“If I had seen a number of my former students at a place outside a classroom, I would not have known that those children were 12 instead of 19 or 20,” she said.

Sinema voted for the proposed legislation but only after the language she objected to was removed, the fact check found.

Sinema donated $33,000 to charity to “erase her ties” to prominent Democratic donor Ed Buck after a male escort was found dead in Buck’s home, The Arizona Republic reported in March.

The Sinema campaign did not immediately return The Daily Caller News Foundation’s request for comment. 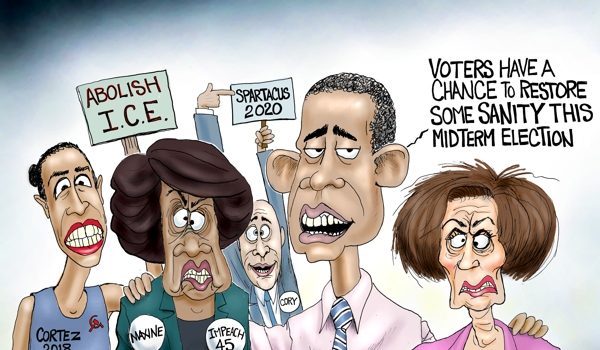 Cartoon of the Day: The definition of insanity
Next Post
Ruth Bader Ginsburg didn’t look well at a recent public appearance