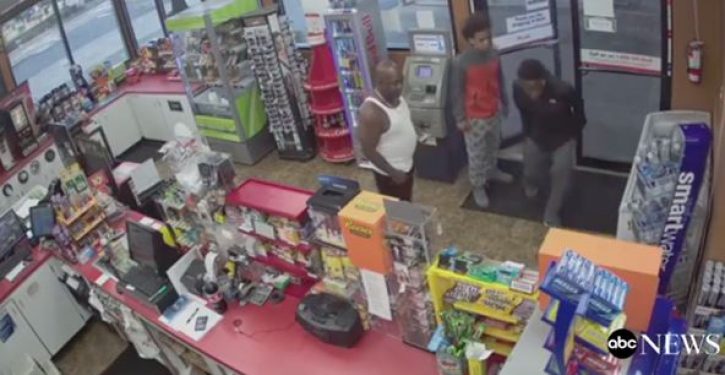 For pure nausea-inducing depraved indifference to human suffering and a glimpse of the basest instincts of which the species is capable, watch this surveillance video from a convenience store in Washington state. The players in this immorality play are two young black males, a black adult who entered the store them, and a Caucasian store clerk.

In the first part of the video, the clerk can be seen dealing animatedly with the younger two men. He seems to have a beef with them. As he turns to head back behind the counter, he keels over into a display of bottles.

As the man lay on the floor unconscious, one of the teens’ initial reaction is to bolt. The other two pause and assess the situation. It occurs to none of the three to summon medical help for the man, who has suffered some sort of medical issue.

Instead, the two younger men step around the counter and proceed to clean out the register before the three of them leave.

The incident began at approximately 5:41 p.m. on Saturday, Auburn police said. It began with one of the young male, who appears to be a teenager, picking up a pepperoni stick from the counter and handing a second one to the other young male, the store’s security camera shows.

When the older man who entered the store with them then attempts to pay for a different item, the clerk appears to want to charge him also for the two pepperoni sticks, and an argument ensues, KOMO reported.

One of the young males is then seen reaching down to take back his dollar bill from near the collapsed clerk.

The clerk, the article notes, suffered a heart attack and is “in critical condition at a hospital fighting for his life.” A store manager is quoted as saying that the teens made off with $178, but her real concern is for the unnamed clerk. “We just pray to God that he makes it.”

As for the three “suspects”? Police are seeking the community’s help in identifying them. Maybe to aid in that endeavor, ABC News could mention that the three are black. That fact is never mentioned in the article.

But this detail is relevant for reasons beyond identifying the criminals. We are forever hearing how blacks are oppressed, how they are made to feel their lives don’t matter to the community at large. Incidents like this, which reveal the truly dark nature of some black people, don’t help their argument much. 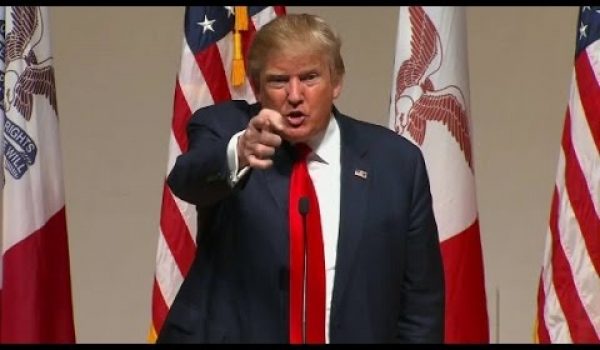 Protesters accused Trump of inciting a riot against them; what the court ruled
Next Post
Imran Awan allegedly tried to ‘hide his money’ while in negotiations with DOJ