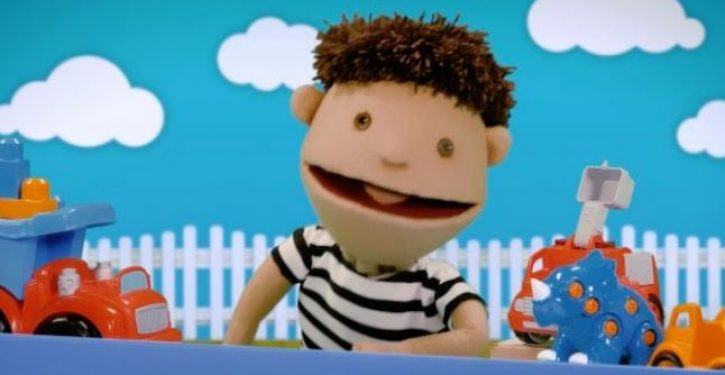 Move over, “Sesame Street.” Or at least get with the program. CTV, the Canadian Television Network, has just introduced a “school-age puppet named Julia feels in her heart she’s a boy and wants to be called Julian.”

How adorable! How forward-thinking!

This is indoctrination, pure and simple, and it is aimed at vulnerable children who are not old enough to have questions about their “gender” and, in any case, don’t exist in numbers that would justify opening a dialogue with them on the subject of “gender fluidity.”

The article notes that the transgender puppet is is “the brainchild of the Jasmin Roy Sophie Desmarais Foundation, a Montreal-based organization dedicated to fighting bullying.” That’s all to the good, but making the leap from bullying to transgederism is misguided, especially in light of new research that suggests that “the ‘transgender’ phenomenon … might be a ‘social contagion — a maladaptive coping technique for troubled teens, spread by peer groups and the Internet.”

Despite the recent bandwagon effort by the Left to normalize gender dysphoria, of which transgenderism is form, has taken place despite an absence of hard science. Where the literature does exist, it strongly suggests that the belief one is born into the wrong body is a mental disorder.

“Julia” is just the latest attempt by the Left to expose young children to age-inappropriate topics. Another is the drag queen story hour, which, as its name implies, entails a transvestite donning one of his outfits and reading story books to preschoolers at a children’s library.

A rebuttal of liberal writer who asks why Trump doesn’t get that ‘protest is as American as football’
Next Post
Cartoon of the Day: Whining from behind 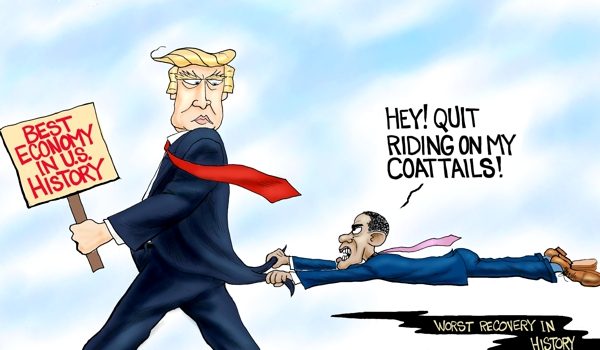