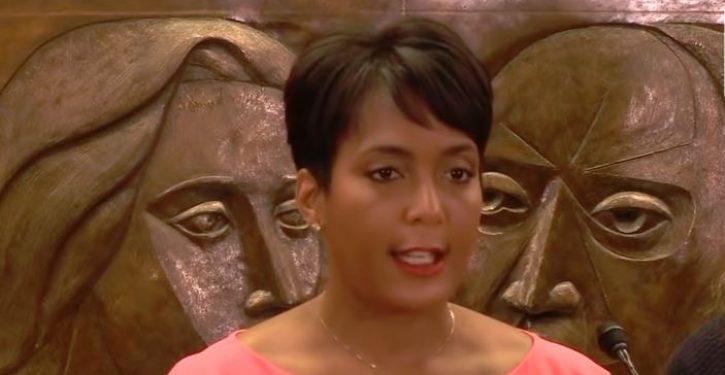 Atlanta will no longer accept flowers and candy from ICE or receive phone calls from the agency. According to NBC affiliate 11Alive, the city is permanently ending its relationship with Immigration and Customs Enforcement and will be removing all ICE detainees from its city jail. Whether that means they will be released onto the streets or turned back over to ICE’s custody remains to be seen.

The decision was announced Thursday by Mayor Keisha Lance Bottoms, who declared:

We will no longer be complicit with a policy that intentionally inflicts misery on a vulnerable population without giving any thought to the fallout. As the birthplace of the civil rights movement, we are called to be better than this.

In June, Lance Bottoms signed an executive order declaring the city would not accept any more ICE detainees. At the time there were 205 detainees in the city jail facing deportation. That number has now dwindled to five and soon will be zero.

The decision to end Atlanta’s relationship with ICE is a total about-face from where the city stood as recently as February when it was described by NPR as “one of the toughest places in America to be undocumented.”

Back then the city boasted some of the strictest immigration laws in the country. Driving without a license was a jailable offense. Cooperation with ICE was unprecedented.

Now the same observation may be made, but with the opposite meaning.

The wisdom of this policy shift is questionable, to say the least. Atlanta is tied for the title of eighth largest illegal alien population in the country, with an estimated 375,000 illegals. With illegals committing crimes at double the rate of native-born citizens, the city is just begging for trouble.

In announcing her intention to sever relations with ICE, Lance Bottoms noted that “Atlanta is a welcoming city. Atlanta is an inclusive city.” She might have added that Atlanta is soon to become one of America’s most dangerous cities.

Obama’s rant in Chicago was not a campaign speech, just him massaging his bruised ego
Next Post
All eyes on red state Dems as Kavanaugh emerges from hearings triumphant 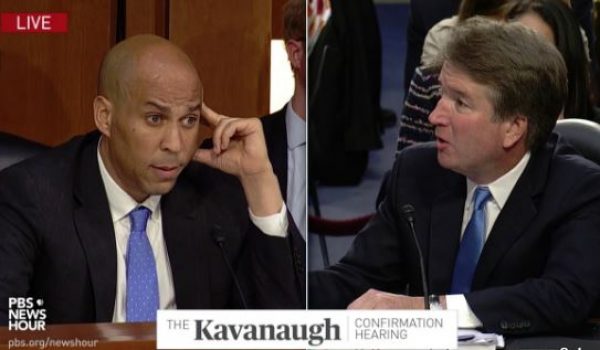